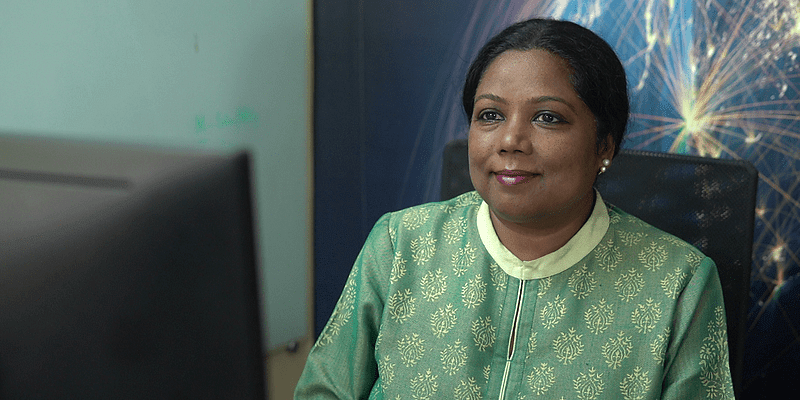 As movie buffs, Benjamin Jacob and Ivy Manohar were always curious to know where the movies were shot whenever they saw beautiful locations on screen. However, with no readymade answers, they set out to find themselves. This journey took the shape of Filmapia – a hobby website that doubled up as a repository of movie locations. “As the library grew, we started getting inquiries from filmmakers who wanted us to help them shoot at the locations that we posted on the website,” shares Ivy. “That’s when we realised that the film location service was a huge industry and presented a potential business opportunity waiting to be tapped in.”

The next eight years were spent in extensive research, talking to industry experts, ecosystem players and even executing small projects, while managing demanding IT jobs. Being from a technology background with no connections in the film industry, they had to learn everything – from procuring location permissions to acting as spot boys for the film crew. Together, they built the business the hard way, shares Ivy.

She explains that scouting for locations is one of the most unpredictable, expensive and excruciating tasks while making a film. “In the 120-year-old film industry in India, location managers or line producers were the key to finding good film locations. But, with a limited database and each guardian the source of their locations, the process was chaotic and non-transparent,” shares Ivy. An equally important issue was the lack of accountability towards locations, which often scared owners who have had bad experiences while renting out their properties for film shoots. The process affected both the supply and demand aspect of filming.

Ivy’s venture Filmapia addresses these challenges with their online platform which suggests locations for sourcing and renting while shooting films . “Filmapia saves a filmmaker’s time and money by at least 50 percent as compared to the traditional methods. They also get to explore a growing database of locations across geographies.” On the supply side, Filmapia’s operation model works like an Airbnb for film locations. Filmapia also put in a stringent process to ensure that the payments are made on time and the properties are respected, and any rare or accidental damage is compensated for.

Since the launch of the business in 2017, Filmapia has worked on 130+ film projects across 300+ locations. From feature films, ads, TV dramas, web series, photoshoots, corporate shoots, etc, the projects have ranged from small-budget indie filmmakers to shoots for big brands like Google, Facebook, Amazon, Twitter, and even large production houses like Netflix, Viacom 18, Excel Entertainment, Zee and Colors. “Filmmakers from both within India and overseas have used Filmapia’s services for locations, complete line production and research-based filming projects,” shares Ivy. She explains that the popularity of Flimapia stems from the fact that they are able to offer exclusive private properties like homes, offices, private airports, exclusive clubs, islands, estates etc which are not easily available in the locations market. “These exclusive property owners trust us in professionally managing their properties during film shoots, hence we have been able to pass on the benefit to filmmakers.” Apart from private properties, Filmapia also enables filmmakers to shoot at homes and, public locations like roads, parks, beaches and landmark heritage properties, among others.

Filmapia’s revenue grew from Rs 5 lakhs in the first year to 1.25 crores in the second year. However, 2020 was a challenging year given the COVID-19 pandemic. Ivy is positive about the potential of the business given that the film industry is now slowly picking up and resuming its productions which were stalled earlier due to the pandemic. “2021 looks promising with several interesting and big-ticket projects in the pipeline,” shares Ivy.

Filmapia is betting big on technology to propel it further as with a strong product for location and shoot management. “We are investing in AI, advanced visual searches and more to help filmmakers make quick and optimum decisions for locations and filming resources,” she says.

For her work in bringing disruption and driving impact, Ivy has been recognised with numerous industry awards. These include the She Digital Awards 2019 (Google) for Market Disruption, Times SheUnLtd Women Award 2020 and the Karnataka Women Achievement Awards 2020 for ‘Excellence in Film’. However, she feels that being selected for GAME’s Xcelerator Bangalore cohort is an equally huge recognition and validation.

Flimapia’s growth so far has been organic. “We haven’t actively marketed ourselves – be it online or offline, but as we continue to drive growth. But, now it has become imperative to work on an effective marketing strategy. We are looking at the Xcelerator Bangalore programme to propel us in the right direction by helping us understand the dynamics of marketing, financials and customer acquisition from a network of highly-accomplished mentors at Xcelerator Bangalore.”

How the second wave of the pandemic is affecting consumer behaviour?