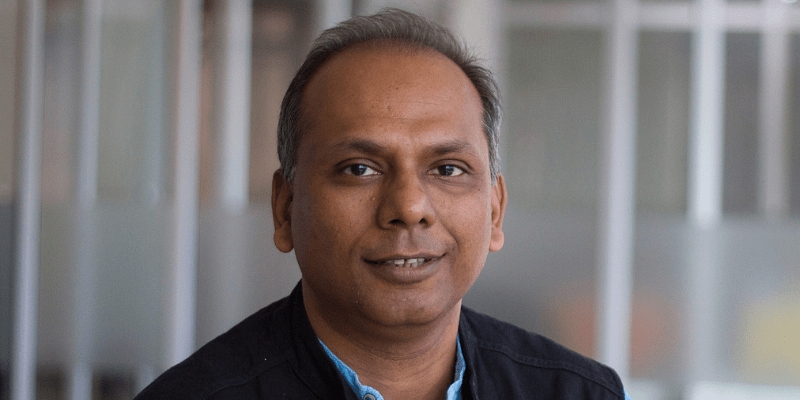 A first-mover advantage generally tends to bring multi-fold benefits over a period of time, and this is true in the Indian startup ecosystem as well.

Early-stage venture capital firm Pi Ventures, founded by Manish Singhal in 2016, saw a shift in technology trends and realised it could capitalise on this opportunity if it could get in early.

Based out of Bengaluru, the venture capital firm identified deep tech and artificial intelligence (AI) as the area of focus five years ago, which has now started paying rich dividends.

“We are good at finding points of inflexion in technology much ahead, and if startups can leverage AI or deep tech well, they can become category defining leaders,” Manish tells YourStory.

Arguably one of the first few VC firms to invest in deep tech and AI startups in India, Pi has backed the likes of logistics startup Locus, breast cancer detection startup Niramai, spacetech startup Agnikul, and many others.

Speaking about how Pi Ventures identifies startups, Manish says, “They need to be looking at solving some large global problems on the back of very differentiated technology, which can have a 10x business impact.”

Pi Ventures gets in very early — at the seed or pre-Series A stage, and helps startups have a deep engagement with the founders. However, he says these young companies are yet to make a business case.

“If this conversion happens, then a large pool of capital will start coming into this segment,” says Manish.

Giving an example of one of Pi’s portfolio startups, which has married technology and business narrative, is Locus, a deep-tech startup focused on the logistics sector, which provides intelligent optimising solutions.

Similarly, Wysa, a startup working in the mental health space, has a market presence in multiple countries, and Manish claims Pyxis is one of the fastest-growing SaaS startups in India.

Manish believes many of the startups in Pi’s portfolio would have come in through their technology but are later identified with the sector they are focused on. For example, Niramai is a breast cancer detection startup, which leverages AI.

A second fund with a broader horizon

Over the years, Pi Ventures has invested in 13 deep tech and AI-focused startups and has had one exit. It typically invests between $0.5 and $1 million in a startup and also has follow-on rounds.

Given the experience of Pi Ventures, it has now launched a second fund where it aims to raise around $75-100 million. It closed $30 million of its first fund in 2018.

Manish believes, Pi Ventures’ experience over the last five years has made their conviction much stronger about deep tech and AI, which has led to the creation of a larger second fund.

The template for its second fund will remain the same — investing in deep tech and AI startups, but the horizon will be much broader.

This fund will look at investing in startups in areas such as biotech, material science, nano-tech, and core engineering.

“These form the rock bed of deep tech and we cannot ignore them as some of them are at inflexion points,” says Manish.

Pi Ventures had started investing in such startups in its first fund itself by investing in space tech startup Agnikul. With its second fund, it aims to invest in around 20-25 startups, largely at the seed and pre-Series A stages.

A bright future ahead

There has also been a spurt in deep tech startup funding as investor interest in niche products and platforms have increased significantly, resulting in over 14 percent of the total startup investments in deep-tech ventures in 2020, which is 11 percent higher than in 2019. Up to 87 percent of these investments were in AI/ML startups in 2020.

The Nasscom and Zinnov study highlights that deep tech will continue to grow at a CAGR of 40-45 percent in 2021.

Given the increased fund flow into the Indian startup ecosystem and the emergence of specialised or micro VC funds that are focused on investing in niche areas, which are generally untouched by a large firm, the pool of entrepreneurs is only getting bigger.

Manish believes there has been a dramatic transformation in the quality of startups as well as the entrepreneurs in the deep tech and AI space over the last couple of years.

“Every year the quality of the starups is only improving and we are amazed at the boldness of their ideas,” says Manish.

The Pi Ventures founder says he meets about 6-10 startups every week, and in the last three odd years, they have set up meetings with over 1,500 of these new-age companies.

“If we pick the right startups, which have the correct technology and business problem, they will grow on their own,” says Manish.

This has only strengthened Manish’s belief that the country has the potential to become a leader in the deep tech space.

He believes that the evolution of the country from a technology perspective has evolved from the IT services segment, and the narrative is now moving into the world of technology products.

“In the next 10 to 15 years, India is going to be defined by deep tech innovation. We are super bullish about that vision and will make our contribution through our fund,” says Manish.

Who is Madhuri Jain Grover?