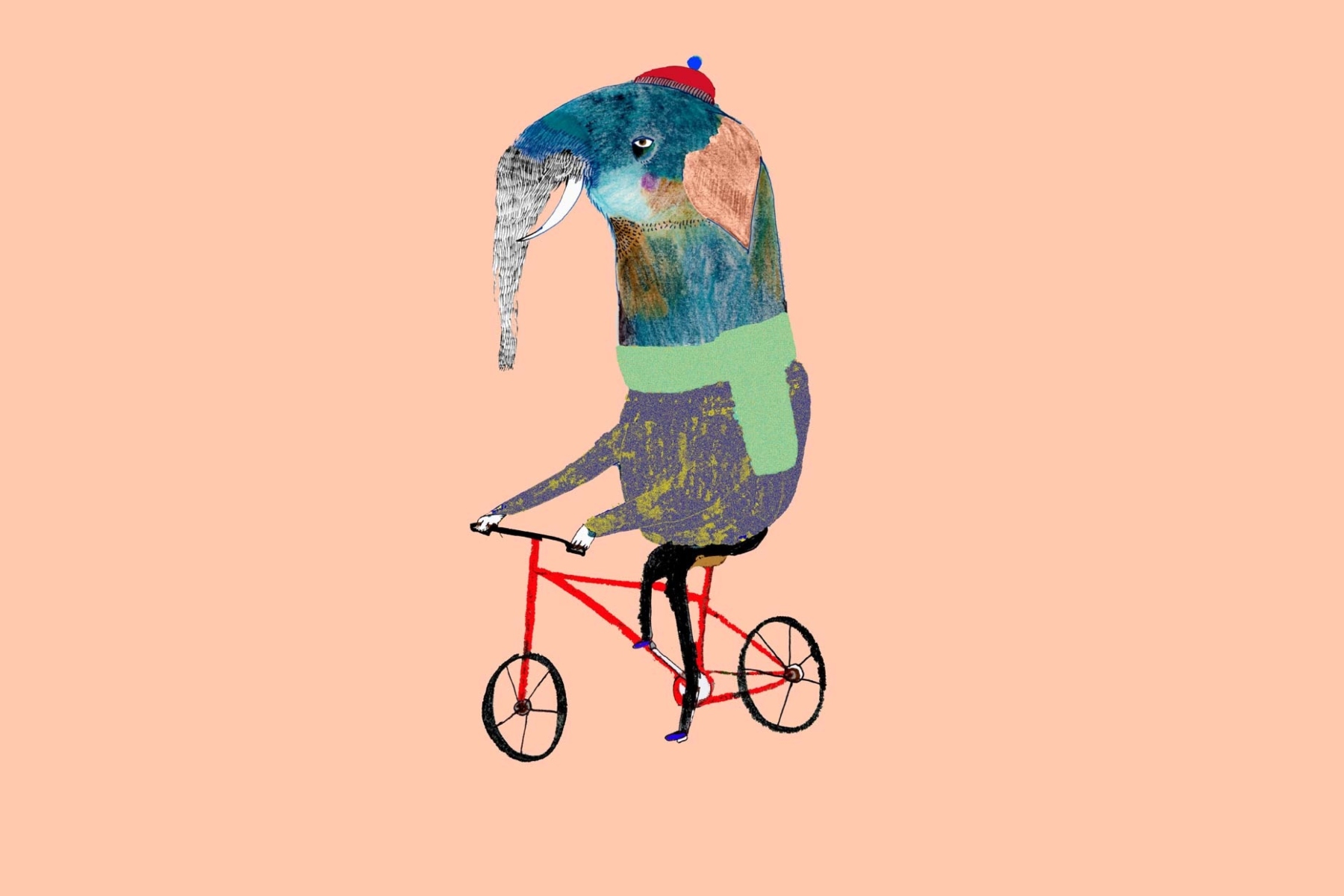 Many companies have already started preparing to produce electric vehicles that have a tentative scaled production by 2030. This means that India must have already been an electric vehicle using country by 2030 at a scale that is now as equal as vehicles that use fuel. The incentives that the country might offer is so negligible that users don’t care at all. Even though the country needs that the most, the way it has been considered is so bad, it might be at its initial stage. It will take much time for it to be fully implemented in the country, considering all the necessary installations and road laws that have to be concerned with it.

The electric vehicle startup sector in India is growing and at an unbelievable pace; why? Because unlike companies focused on fuel and electric based motors, Startups are fully based on their electric projects. The number of registered electric startups in India crossed over 500 in the past few months after the Prime Minister recognized the idea. Many startups then introduced e-bikes that worked with batteries and were environmentally secure. These bikes have been used over a billion times in the past 15 months and are comfortable and cheap. The electric vehicle startup sector is currently the boon and gift of the nation and must be valued for the hardworking services they wish to provide.

The Electric sector is essential at the moment. Fuel is collapsing and is also non-renewable. It does have an expiry date, and that is around 80 to 100 years in the future. It might belong but not log enough if technology has to survive. Thus, the idea of electric vehicles there is solar-powered vehicles, battery-powered vehicles (1). Hydrogen-powered bikes that utilize Hard water. Hard water had a deuterium that is converted into chemical energy. Thus, there are many such options that electric vehicles provide that fuel-based vehicles cannot. The main problem that still arises today is the need for charging docks that are difficult to settle at the moment. Citing feuds from oil-based companies goes from difficult to even impossible unless it becomes the law or regulation. Until then, electric vehicles might have to be built for solar base charging as well, if they ever need to survive amid a crisis.

As of now, e-bikes are the future.

Electric motorcycles or e-bikes are gaining popularity in India late due to a steady rise in oil prices and environmental issues. Due to their many advantages, electric bikes are given priority in India, and many companies are developing the latest green technology in the automotive sector. India is becoming a hub for e-bike manufacturing companies with localized technology to show their performance on Indian roads. E-bikes are typically driven by a brushless DC electric motor powered by a rechargeable battery, charger, and controller, unlike internal combustion engines that burn liquid fuel to power their engines. The main highlight of these vehicles is that no fossil fuel is used to drive them.

Since they have very few moving parts, they are subject to less maintenance. These e-bikes are reliable, energy-efficient, and environmentally friendly compared to conventional fuel bikes. With a speed of only twenty to forty kilometers per hour, electric bikes in India are exempt from road tax and other regulations and do not require a license to operate. These vehicles are also pocket-friendly, with most of them costing around twenty to thirty thousand. Any age category can easily handle these bikes. The cost of ownership is just as low as one-third as the regular fuel bike on Indian roads. Since e-bikes have a much lower fuel capacity or range in India, they are not suitable for fast travel. These battery-powered vehicles find it difficult to travel long distances because of the lack of extended battery life (2).

Bike owners have to charge the battery continuously for at least 8 hours each day, which decreases the battery capacity. Trying to replace the battery once every two years ends up costing more than five thousand rupees, which is a little expensive. Most e-bikes require a charge of six to eight hours for a full battery. With increasing environmental threats and an increase in fuel prices, one can opt for e-bikes. Many companies customize their products based on customer needs (3).

Growth of the e-bike sector

The market for electric bikes in India is estimated to have reached 17.43 Billion rupees by 2024, 2.92 Billion rupees by 2019, with a compound annual growth rate of approximately 42.95 percent 2020 to 2024. Electric bikes have already established a prominent footprint in Uttar Pradesh, West Bengal, Gujarat, Tamil Nadu, and Maharashtra. With further developments in charging infrastructures, electric bikes are likely to increase in other parts of the country. The electric two-wheeler is set to be a game-changer for the two-wheeler industry. Although electric bikes accounted for a minimal share of India’s total two-wheeler sales in 2019, sales in respect of the previous year increased by approximately 129 percent (4).

This growth can be related to the Government’s initiatives for the electrification of bicycles. Other factors that have influenced electric bikes’ adoption are increasing concerns about air pollution and the lower cost of electric bikes’ ownership and maintenance. The cost of running electric bikes is approximately ten rupees for 70 km, whereas a conventional counterpart can cover the same distance at a minimum of 102 rupees.

In February 2018, Niti Aayog, the Government’s political think tank, proposed and mandated all two-wheelers’ electrification with a displacement capacity of fewer than 150 ccs by March 2025. Under the policy requirement, the automotive industry is likely to encounter a rapid transition to electric mobility. Such steps have been launched to cut emissions and decrease the country’s import bills by approximately 1200 billion by 2025. In association with the SIAM, the Department of Heavy Industry has implemented the FAME and FAME II schemes. In the framework of FAME and FAME II, the Government has budgeted 108 billion to accelerate electric vehicles’ growth (5).

The factor likely to fuel demand from India’s e-bike market is the increasing interest of new startups in e-bike leasing and new developments in e-bike leasing in the country. For example, in 2019, Yulu, a Bangalore-based electric bike rental company, entered into a Bajaj partnership. Both players will co-design and manufacture Yulu’s upcoming two-wheelers. Yulu maintains more than three thousand electric bikes on its platform and plans to have more than one lakh two-wheelers in its fleet by next year. Yulu is also rapidly expanding its presence in the country, obtaining permission to supply electric bikes at 250 subway stations in Delhi (7).

How India needs this now

The Indian Government has been pushing for the local production of products under Make in India for the past few years. Still, in the current scenario, major components of e-bikes are imported from other countries due to a lack of expertise in that component. Due to the acquisition of components such as engines, electric drives, and batteries, the final cost of e-bicycles is close to conventional scooters. Also, companies are trying to get governments to push for e-bicycles and infrastructure. Governments, companies, and consumers have collectively revolutionized transport in other major countries with e-bikes and bicycles.

Suppose the right policy encourages, for example, R&D support to reduce overall product costs and efficiency. In that case, subsidies for e-bikes such as e-bikes and electric cars can boost the e-bike market in India. Due to the COVID-19 pandemic, commuters are reluctant to opt for public transport after easing restrictions. E-bikes saw a huge increase in demand in other countries after the lockdown, with the same trend expected in the Indian market in the coming months.

The competition – startup vs. startup

The Indian e-bike market is moderately fragmented with several startups and companies such as Hero Cycles, GoZero, Being Human, Giant Bicycles, etc. The market is highly driven by advanced battery technology, lightweight materials, increasing investment in research and development projects, etc. To provide customers with a more convenient experience, major global e-bike manufacturers expand their market reach in India, and local startups are launching new models on the market (9).

Zadd Automotive introduced two electric bikes, Utility Mini and Zadd X1, in 2019, with the option of converting them to smart bikes. In February 2020, Nexzu Mobility launched three e-cycles, Roadlark, Aello, and Rompus. All e-cycles are equipped with lithium-ion batteries and BLDC 250W 36V engines. GoZero entered the Indian market in 2019, launching its two One and Mile electric models; the company also set up a manufacturing facility with Kirti Solar Limited in Kolkata. The company also plans to set up around 18 retail stores across the country in the coming years.

Many players are hoping to conquer the road. But pricing and getting suppliers are some of the challenges ahead. One example is Amit Raj Singh (10), co-founder of Green E-Mobility. It took the fast-track China-route to the Indian roads. Singh has learned about electric bikes in the dozens of years he has worked in consumer electronics and mobile phones in China. He’s now tied up with China’s fifth-largest two-wheeler company that makes Opai bikes. Singh says he’s sold 3,000 more in the last year, and he’s ready to produce 3,000 more vehicles this month. Singh has a factory in Noida, and he says demand is strong in the south and west and plans a second plant next year.

For a more home-grown startup, look at Bangaluru-based Orxa Energy, launched by a young engineering team aiming to carve a niche with its high-performance Mantis bike offering 200 km range-per-charge and 140 km of top speed. Orxa wants to be noticed on the market, so she’s taking the risk of coming out with a performance bike that won’t qualify for the Government’s Fame-II subsidies. Orxa makes it a policy that anyone who joins the company must ride a bike (11).

There are many scores of those who are aiming to make their mark. In Chennai, AR Karthigeyan and his father, Arumugam Rajendrababu, began working out an electric two-wheeler long before the industry was crowded with a parking lot full of different models. Pictures of the B3 have been released, a sleek scooter he says will be ready for the road by mid-2020. In Coimbatore, meanwhile, RP Guhan, co-founder of Gugu Energy, makes two vehicles he calls a multi-utility vehicle; the back seat can be removed for delivery companies. India is still at the very early stage of the EV game. Even China, which has millions of EVs on its way, saw sales fall when it removed subsidies a few months ago. So India’s ambitious startups have a long way to go (12).

My passion is Reading and writing. Basically, an optimistic introvert. Always striving to be better. Writing as a passion leads me to become stronger and focused.

How Women Can Go the Extra Mile with Retirement Planning