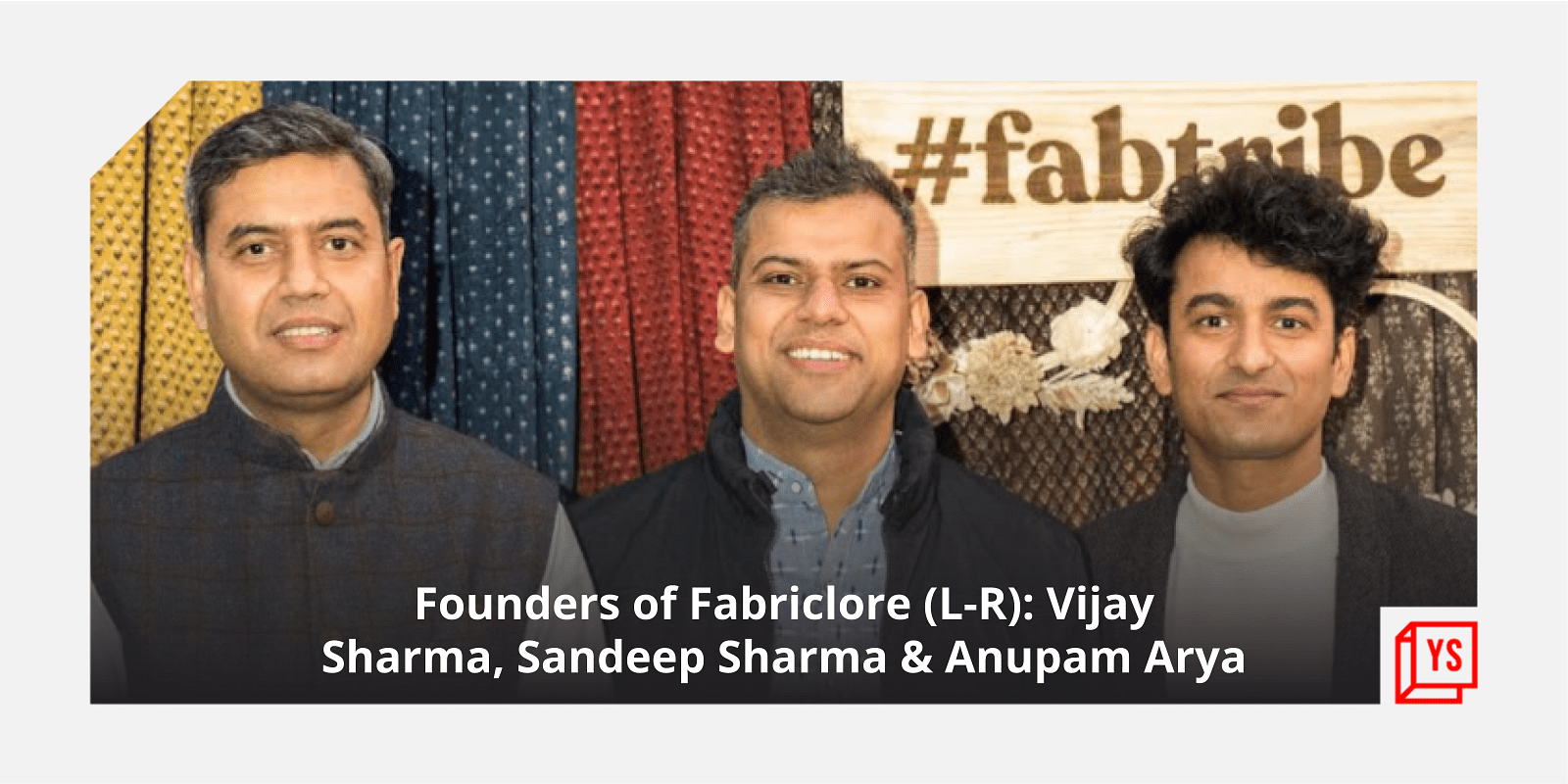 India is among the world’s largest producers of textiles, and yet the textile industry is a largely unorganised sector in the country. Other than the suiting and shirting segment, a large segment of the industry is still fragmented. There is no easy accessibility or standardisation of what is being produced across India, in both native Indian crafts and modern digital or embellished fabrics.

However, things are changing now, in this new era of digitisation in the post pandemic world. Joining the fray is Jaipur-based Fabriclore, an online brand that aims to revive India’s use of both traditional and modern fabrics by delivering curated fabrics.

“We pioneered a digital way for a product that was primarily bought by the touch and feel experience. Fabriclore gave a new perspective to buying fabrics with a first-of-its-kind user experience, ease of navigation, search, rich detailed content, and visual details on a digital platform. The venture quickly gained traction both from domestic as well as overseas buyers,” says Vijay Sharma, CEO of Fabriclore.

Founded in 2016 by Vijay, Anupam Deo Arya and Sandeep Sharma, the brand works in close collaboration with contemporary designers to co-create spectacular boho and fusion designs in both clothing and home furnishing. Fabriclore is a blend of traditional and modern design materials, where each piece of fabric claims to be curated with ultra-careful attention and precision. The fabrics are sourced from masters of traditional craft and even traditional keepers, making them an ideal value for money for connoisseurs of design and fabrics.

A pain point often faced by independent designers and boutiques is that they don’t have a single reliable source for textiles and customised fabric development. Fabriclore claims to address this particular problem.

“Designers now have thousands of unique designs at their fingertips, and access to over 100 types of textiles, and 30 types of craft techniques that are always adapting to the industry’s trends and innovations. We also solved another problem for such designers and boutiques by eliminating the need to stock the fabrics,” Vikas says.

In terms of products, Fabriclore has ready-to-ship products like traditional Indian fabrics, sarees, dupattas, stoles, suits, accessories, home furnishing and more from all over India. It also offers made-to-order service, a boutique network and service that falls under its ‘Project Label’ initiative, an all-integrated digital platform to connect consumers with regional designers.

“We are rolling out this programme starting from Bengaluru, followed by Delhi NCR and other cities of India, to empower designers to supercharge their label businesses both operationally and by consumer reach,” says Vijay.

“We are also actively creating India’s biggest online community of DIY and sewing enthusiasts that has members from all over the world. Fabriclore sells only via its own platform and no other marketplace because the kind of user experience we have created to sell fabrics online is one of its kind and no other marketplaces can do justice to that,” affirms Vijay.

In the last five years, Fabriclore claims to have given an approximate business of Rs 14 crore directly to artisans they work with. “We are closely working with traditional keepers of craft and also have our own team of in-house textile designers and merchandisers that help artisans with mood boards, business insights, and trend forecasts based on sale numbers,” Vijay tells YS.

“Quality standardisation, renovating traditional techniques for modern times and giving them a well-sustaining business continuity is how we are contributing to the industry. Nearly 20 to 40 percent of the artisans’ annual income is through Fabriclore,” claims Vijay.

Another initiative by the brand, ‘Project Roots’, aims to reignite original craft forms and make it viable for modern times by innovation and scale. “We are working with all major heritage crafts of India and finding ways to innovate by going beyond cotton and silks, and giving crafts a flavour of new-age textiles,” says Vijay.

The availability of a wide range of fabrics and catalogues on a digital platform is Fabriclore’s main USP, maintains Vijay.

“Fabriclore’s competition is mainly from standalone suppliers at the regional level and some modern retailers focused on fabrics. Internationally, it would be Fabric.com and Joann fabrics, but we are still at an advantage because these websites are more focused on certain kinds of western fabrics. Their strength lies in thicker, western design-oriented fabrics,” Vijay says.

After spending about 13 years in Abu Dhabi, Vijay returned to India and started his first venture, in the oil and gas industry. He successfully ran it for about 10 years.

Co-founder Anupam started his career with Luminous India and Maccaferri India before joining Vijay in his first venture.

Sandeep too had briefly worked with Vijay earlier before joining his family business in the textile domain.

“For us, the insights learned from previous experiences proved critical in building Fabriclore. The very idea of people buying fabric online intrigued us and led us to found Fabriclore in 2016 with an investment of Rs 2 lakh,” says Vijay.

Fabriclore currently has a team of 82 employees.

Fabriclore has raised two main rounds so far, both pre-Series A. The first investment came in 2020 from Rajasthan Venture Capital Fund and then another series in 2021 led by Fluid Ventures, both totalling about $1.2 million.

Fabriclore has a dedicated sourcing team, which, along with its in-house textile designers, travel across India, curating different types of crafts and materials. It is also coming up with its first experience studio in Jaipur.

“Our regional offices are in Bengaluru and Gurugram. We are actively working on starting up a country office in the UAE to address the Middle Eastern market. Our business model is digital-first and hence our delivery is directly fulfilling demand from our warehouse in Jaipur,” says Vijay.

As per Vijay, the market that Fabriclore operates in has several overlapping segments that make the total addressable market quite versatile and enormous. According to Delhi-based Wazir Advisors, the current market size of ready-to-stitch fabric in India is about $16 billion.

Vijay says breaking into the legacy supply chain and making the industry aware of new, more convenient methods is tough. “However, even though the market is competitive, the sheer size and fragmentation adds to our advantage. We also have a first-mover advantage in the industry,” Vijay concludes.

5 Things to Consider When Choosing a Business Partner