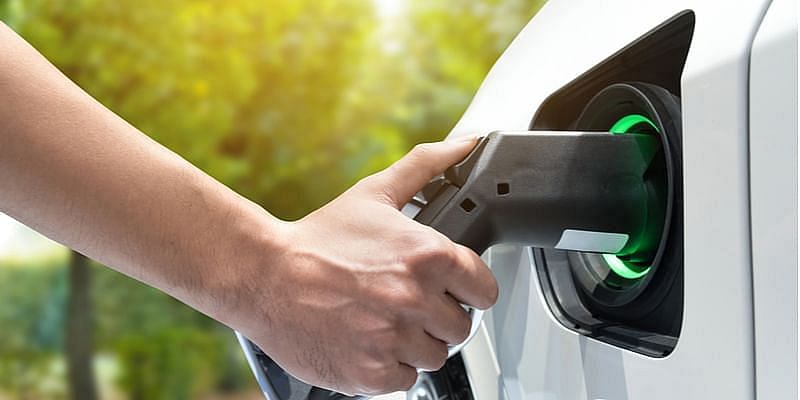 Time and again, we have asked ourselves what will drive the adoption of electric vehicles (EV) in India so that their penetration increases beyond the underwhelming rate we have seen over the past two years. EV sales (including cars, two-wheelers, e-rickshaws, etc) form less than 2 percent of the total vehicle sales annually.

Two of the most widely cited reasons for slow adoption are high upfront price and the lack of charging infrastructure. However, certain segments of EVs are already becoming economically attractive. This is where the concept of Total Cost of Ownership (TCO) comes in.

The wait for the inflection point

In this article, we compare various factors that contribute to the cost (TCO) of EVs with those of widely accepted fossil fuel vehicles. In our analysis, we take a deep look at one of the most exciting segments of EV – one that is ripe for take-off – the three-wheeler goods transport vehicle.

Various startup manufacturers, including Euler Motors and Gayam Motors, have demonstrated that they can make vehicles that match or outrun OEM giants such as Bajaj and Piaggio in terms of quality, load capacity, and life.

The only thing that is yet to be proven is whether the TCO of buying an EV vehicle is indeed better than buying an Internal Combustion Engine (ICE) vehicle – run on diesel or CNG.

Given that us Indians are price-sensitive, the moment fleet owners understand the TCO logic, they will include them in their fleet.

Since the calculations are based on the case of three-wheelers in Delhi (along with practical data from Euler Motors), some aspects of it may not be applicable in different scenarios and organisations. Therefore, we have open-sourced the calculations associated with the tables below, for people to update inputs according to their specific use case.

With the assumptions we have made above (subsidy, cost of capital, presence of a secondary market, and other factors), we think that 3W L5 (e-Auto) segment is TCO positive over a five-year period in India. Given that the battery capacity and (potential) salvage value is an important consideration, these calculations assume a thermal-cooled battery that won’t degrade in performance by more than 20 percent over three years, despite operating under the harsh weather of Indian cities.

2. Government has played a critical role:

Policymakers have done well to provide the right incentives such that the TCO can be positive for EV adoption. However, there are a few more areas such as the cost of capital and the creation of a secondary market that can allow for even better economics for EV. We will talk about these factors briefly later in the article.

The price of battery has been taken at its current international average value, along with the cost of customs and transport.

It is abundantly clear that based on our calculation, if logistics and ecommerce sectors in India want to become more competitive, EV is the only way forward.

The higher cost of financing and an under-developed secondary market are two worrisome factors in the TCO build-up of EV, and each of them presents an opportunity for startups as well as require policy intervention.

Given that the key difference between conventional vehicles and EV is about high upfront cost and much lower recurring cost, a new kind of product can be made by lenders to increase adoption in the EV segment.

We are seeing a set of new startups emerge to develop bespoke models for underwriting the risk of electric vehicles. Some examples are RevFin, Three Wheels United, Ohm Mobility, as well as mainstream NBFCs and banks such as PNB.

We are also seeing early-stage teams perform battery recycling in some shape and form. However, given the role economies of scale plays in such a venture, it is critical that OEMs make the bet on the long-term potential of EVs in India.

After its aggressive campaign to advance adoption through FAME, it is time for the government to take such second-order issues seriously.

NITI Aayog’s proposals to the PMO do mention allocation to companies for recycling batteries, but the final policy is yet to arrive. The entry of international giants such as Tesla for manufacturing bodes well for the ecosystem.

Figure 2: EV TCO varying as a function of Salvage Value and Interest Rate

We see that EV turns out to be more competitive than a CNG alternative in Delhi for a five-year period, even for the worst case of nil salvage value for battery (Rs 40,000 being scrap value for the vehicle alone) and interest rate being 21 percent. The numbers will differ in other geographies, depending upon the tariff rates.

We will work and present similar analysis for other segments of vehicles, namely two-wheeler commercial, city buses, and four-wheeler passenger, in the following parts of this series.

MobiKwik nine-month revenue up 86 pc; breaks even in Q3 for first time