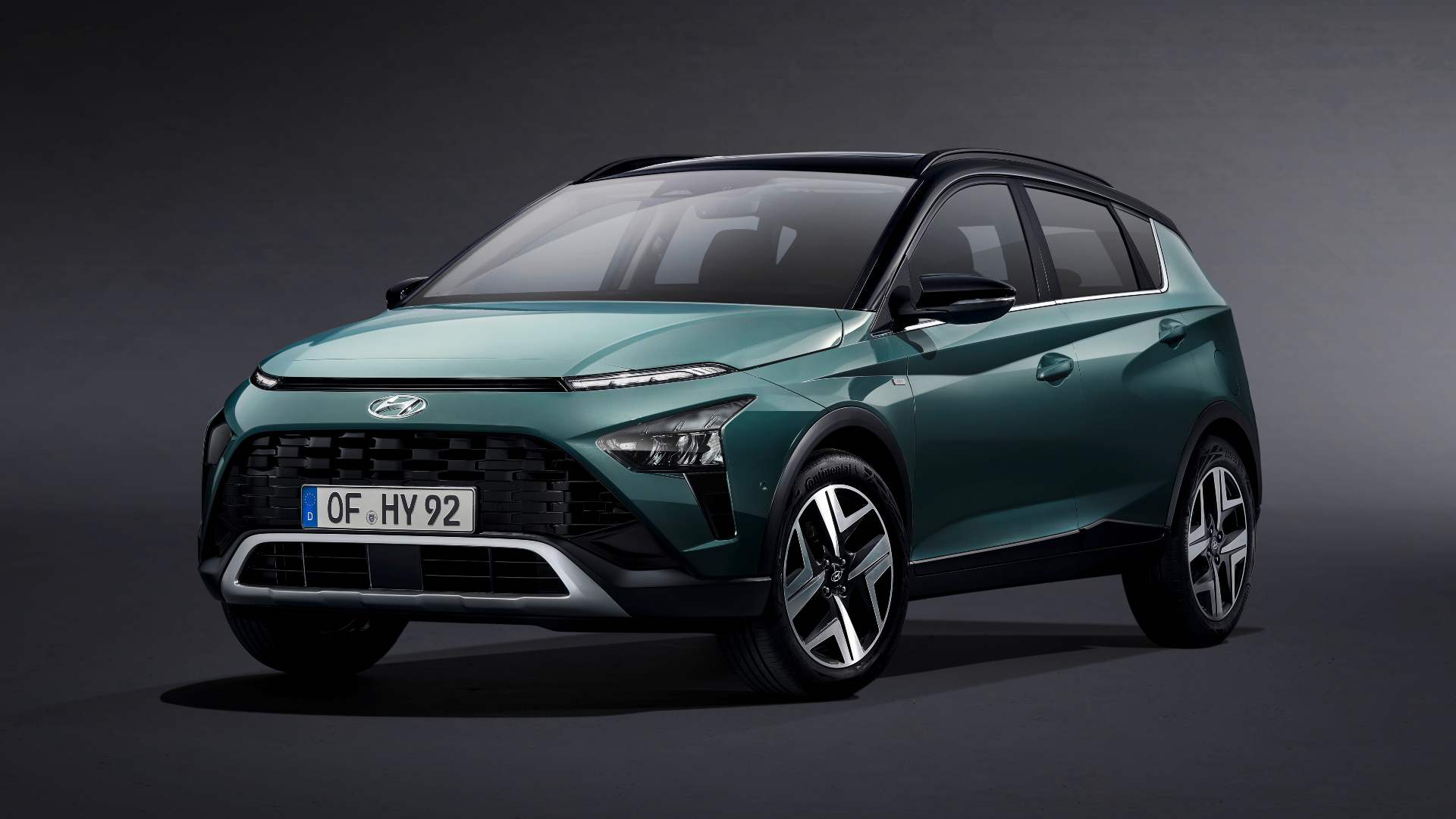 Hyundai has added another name to its ever-growing list of crossovers and SUVs, with the all-new Bayon becoming the most compact crossover in its European line-up. Based on the international-spec i20, which is slightly longer than the version sold here in India, the Bayon measures in at 4,180mm in length, riding on an identical 2,580mm long wheelbase. At 1,500mm tall (on optional 17-inch wheels) with 183mm of ground clearance, the Bayon is even nearly the same height as the i20.

Cargo capacity is up to 411 litres (100-litres more than the India-spec i20), while the mechanicals will be the same – offering a 1.2-litre NA petrol and a 1.0-litre turbo, in the same 120 hp form but paired with a 48-volt mild-hybrid system. The Bayon will sit below the Kona in Hyundai’s European line-up. The Bayon is the smallest crossover in Hyundai’s Europe lineup. Image: Hyundai

Its exterior design falls under Hyundai’s Sensuous Sportiness ambit, with some of its sharp cues taken from the new-gen Tucson, while its arrow-shaped lights tie it back to the i20. Three-part headlights are housed in the bumper, with air intakes splitting the width between the LED DRLs at the leading edge of the hood. As is now tradition for crossovers, a contrast skid plate and wheel arch cladding help establish its SUV intentions, though the Bayon will be strictly front-wheel-drive, as is the i20. The arrow-shaped theme continues in the C-pillar, with the extended rear quarter glass helping enhance the impression of space.

The interiors are identical to the i20’s, featuring the same dashboard layout with twin 10.25-inch screens for infotainment and instrumentation. The infotainment features upgraded BlueLink, Hyundai’s connected car tech, now with connected routing including live parking space information. Interior colours span all black, dark grey/light grey and dark grey/Safari green stitching/inserts. With front/rear legroom figures at ,1072/882 mm, the Bayon appears like it may actually trail the i20’s 938 mm of rear legroom. The rear shoulder room of 1,390 mm is identical between the two cars. That 411-litre boot can be expanded to 1,205-litres.

Speaking engine specifics, the Bayon will be offered with a 1.2-litre petrol (84 hp) with a 5-speed manual, while the 1.0-litre T-GDi will be offered in two states of tune, a 100 hp and the full 120 hp, with 48-volt mild-hybrid assistance, with transmission options spanning a 6-speed manual, 6-speed iMT, or 7-speed DCT, with a claimed 0-100 kph of 10.4s for the 120 hp DCT-equipped model. With McPherson struts up front and a torsion beam at the rear, the Bayon’s cycle parts only differ from the India-spec i20 in offering disc brakes at the back as well.

Comet 2I/Borisov is the most pristine visitor from outer space ever observed- Technology News, FP