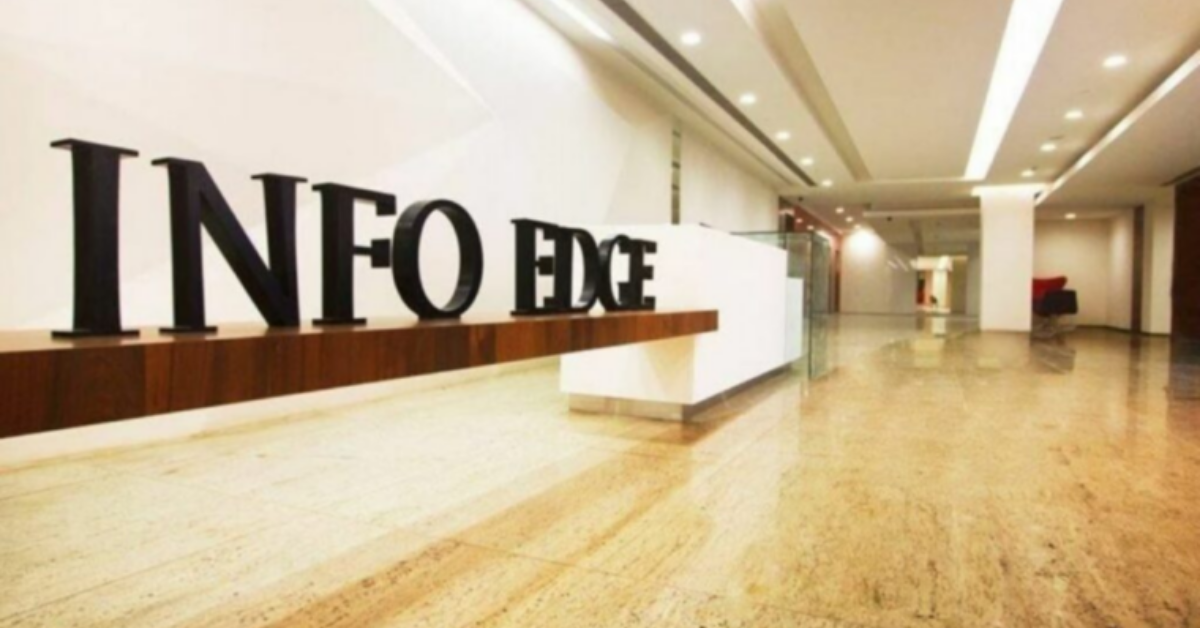 Total expenses surged 95% YoY to INR 471.2 Cr during the quarter, with employee benefit expenses the biggest contributor to it

Online classifieds company Info Edge on Friday (August 12) reported a 85% year-on-year (YoY) growth in its consolidated net profit for the quarter ending June 2022 at INR 292.4 Cr. The profit, however, was 60% lower on a quarter-on-quarter (QoQ) basis from INR 719.6 Cr reported in March quarter.

Total expenses for the Noida-based company surged 95% YoY to INR 471.2 Cr. Of this, employee benefit expenses were the largest contributor, accounting for INR 278.7 Cr in Q1 FY23, up 76% from INR 157.7 Cr during the corresponding period last year.

Meanwhile, the company’s standalone billing for the quarter under review stood at INR 524.2 Cr, up 62.4% compared to the same period last year. On similar lines, its standalone earnings before interest, tax, depreciation and amortisation (EBITDA) for Q1 FY23 grew 56.8% YoY to INR 163.1 Cr, while standalone cash from operations in the quarter stood at INR 164.5 Cr, up 49% YoY.

Info Edge said that its recruitment solutions business saw a 67.5% YoY growth in revenue to INR 387.1 Cr during the quarter. This was the fifth consecutive quarter of ‘strong’ billing growth in the range of 65%-75% for the recruitment business, the company said.

It also said that the recruitment business recorded a 49% growth in new customers in the quarter ending June 2022, while acquisitions such as iimjobs, hirist, and Zwayam also reported strong performances in Q1 FY23.

“The recruitment business continues to grow strongly and we remain optimistic for the current quarter as well,” Info Edge MD and CEO Hitesh Oberoi said.

A time for Indian SaaS firms to build momentum

What are investors looking for in a business ?

Why Netflix Is Failing In India? Much More Than Just A Pricing Strategy