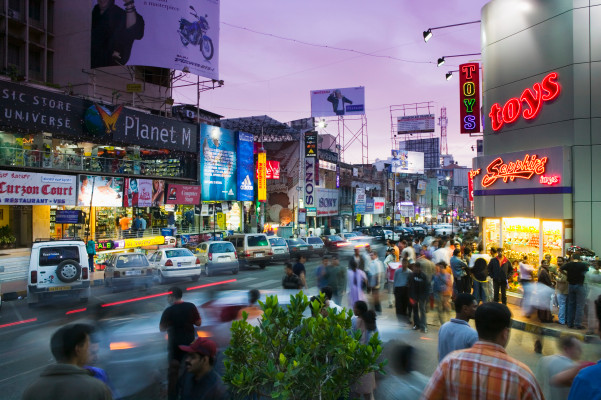 India may be grappling with the second wave of the coronavirus, rising unemployment, and a dwindling economy, but the South Asian nation’s burgeoning startup ecosystem has never had it better.

High-profile investors in India have long aggressively chased growth-stage, and late-stage deals, pouring record amounts of capital into the country. But in a sign of the growing investor bullishness regarding Indian startups, even early-stage companies that have largely been bereft of much similar attention in recent years are now sharing the limelight.

More than 70 early-stage Indian startups are currently in advanced stages of talks to raise money, according to sources familiar with the matter. The size of the investments vary from a few million dollars to up to $100 million. TC is reporting some of the more notable deals today.

The usual caveat that many of deals haven’t yet closed, and that their terms could change or the talks may not materialize into an investment applies in our reporting. The deals described below have not been previously reported.

Sequoia Capital India, the most prolific investing firm in the country, is in talks to place capital in over two-dozen Indian startups including Register Book, a firm that operates an eponymous bookkeeping app; Vah Vah, which runs an app to educate people about makeup from artists; SaaS platform BambooBox, and email marketing software provider MailModo.

The firm is also in talks to back, alongside venture fund Nexus, OneCode, a startup that runs an app to connect digital-first brands with sellers. Sequoia Capital India, which launched a dedicated fund for early stage startups called Surge two years ago, is also in talks to invest in Probo, an app that rewards users for sharing their opinion; and Rattle.

Vaibhav Domkundwar, who runs Better Capital, said the early-stage startup scene in India has never been this hot.

“Pre-seed and seed stage momentum is at its peak, but we are also seeing pre-emptive rounds at Series As and Bs now,” he told TC.

Domkundwar, who has backed over 140 startups including Khatabook and neobank Open, attributed some excitement to the new generation of founders in India, who he said are building product-first and distribution-first companies. “We are seeing the fastest pace of investment in these teams,” he said.

The frantic pace of investments in early-stage deals come as many of the more mature bets have become unicorns in India and many established startups are finally exploring taking the public markets.

India has birthed 14 unicorns this year, up from 11 last year and just 6 in 2019. High-profile investors such as Tiger Global and Falcon Edge Capital have increased their focus on India this year and winning founders with their large size of checks, higher valuation, access to resources, and quick turnaround time.

GSV is in talks to invest in Filo, a startup that operates an eponymous tutor app; and payments stack startup Inai has closed a new round from Better Capital and others and will be part of Y Combinator’s next batch. (Speaking of which, Y Combinator’s previous batch featured its largest cohort of Indian startups in history.)

One-year-old startup BrightCHAMPS, which has built a coding and math platform for kids, is currently in talks with GSV and Tiger Global to raise about $70 million.

Indiagold, a startup that allows people in the South Asian nation to access credit against their gold reserve, is in talks to close a new round with two high-profile foreign investors that have traditionally backed growth and late stage deals.

Germany’s Razor Group is in late stage talks to invest in Upscale, a startup that is attempting to replicate the Thrasio model in India.

For high-profile investors with billions in dry powder, there are many rewards for spotting a promising startup in its initial years. One can buy a much larger stake in a startup for lower prices before the valuation of the startup — assuming things work out well — soars. Investing early also reduces the amount an investor may lose should things with the portfolio firm goes south.

But not everyone is happy with the new dynamics.

An investor with a micro fund told TC — on the condition of anonymity to speak candidly — that involvement of bigger investors in early stage deals has made it tougher for smaller firms to source new deals as the bigger investors are now aggressively trying to close entire rounds by themselves.

The investor said there is an additional competition in the market now: groups of high-profile founders, who tend to collectively back startups.

The investor cited earlier in the story termed these investments as “optionality cheques.” These optionality checks — that usually back second time founders or first time founders who previously worked at a unicorn or soonicorn — started with the Series A crowd such as Sequoia Capital India, Matrix, Lightspeed India Partners, he said. Now, the investor said, Tiger and Falcon / AWI are doing it, too.

There are two implications of these optionality checks, the investor said. “They make life more difficult for microVCs / seed VCs as they cannot compete with the Tigers or Falcons or Series A funds who can cut “smaller” checks with impunity, and perhaps even dilute less.”

But the investor cautioned the founders who are raising such optionality checks. “If the same fund doesn’t back them in the next round, then the negative signal can imperil their chances of raising from other VCs. Second, the excess money that they get can sometimes encourage faster expansion and higher spends.

A survey by InnoVen Capital, results of which were published on Thursday, said that over 80% of the investors it had surveyed said their dealflow for early-stage startups had increased this year, compared to last year.

Over 75% of the respondents in the same survey said the valuations in recent deals were on the “higher side” because of the “intense competition for high quality deals and entry of large established VCs in this space.”

Lightspeed India Partners, best known for its investments in unicorns Oyo Rooms and e-commerce platform Udaan, is in talks to back Vegrow, a startup that partners with farmers; 100ms.live, which operates an eponymous tool to help developers add video conferencing features to their apps, as well as edtech startup Kalaam Labs.

Dyte, which is building a “Stripe for live video calls,” is in talks with Nexus and Sequoia Capital India. Elevation Capital, which is also in talks to invest in VeGrow, is inching closer to investing in FamPay, which offers credit cards to teens at about $150 million valuation. Bangalore-based Chiratae Ventures is in the final stages of talks to invest in AeroLeap and analytics startup Locale.ai.

Fanplay, a platform for social media influencers to monetise via mobile games, has already raised from several American microVCs, but the round hasn’t closed yet. Mumbai-headquartered due diligence and monitoring platform Advarisk has been approached by “several investors” but has yet to close the round.

Plug and play payments provider Card91 has been approached by several investors, but hasn’t closed the round yet. Tournafest has closed a round from a clutch of angel investors, and so have Easy Eat and Stockgro. Kosh has raised from YC, and VentureSouq among others.

Tech veteran Nandan Nilekani’s firm Fundamentum is in talks to back Bijak, which operates a business-to-business marketplace to trade agricultural commodities, and supply chain startup Reshamandi.

“Early-stage investment activity has proven to be resilient despite the pandemic, with bigger transaction sizes and higher valuations, a clear sign of a maturing early-stage ecosystem,” said Tarana Lalwani, Senior Director at InnoVen Capital India.

Best action games for Xbox One that give you a solid playing experience- Technology News, FP