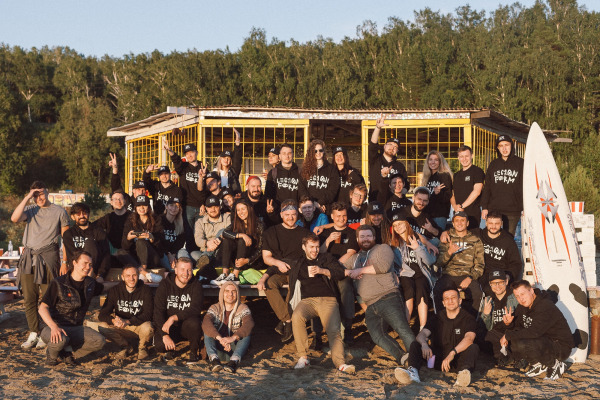 Legionfarm, the gaming platform that lets gamers play with pro players in their favorite games, has today announced the close of a $6 million Series A round. Investors in the round include SVB, Y Combinator, Scrum VC, Kevin Lin, Altair Capital, Ankur Nagpal and more.

Legionfarm launched out of Y Combinator at the beginning of last year with a mission to give pro players a way to generate income and amateur players the chance to get better by playing with a pro coach. It started out with an a la carte business model but has since added a subscription product.

It either costs $12/hour to play on an individual session basis (one hour of play) or you can pay $25 or $50/month. That gives gamers access to discounted prices for pros and unlimited sessions with pros who are brand new to the platform, which Legionfarm calls ‘rookies’.

The company was founded by Alex Belyankin, who is a former pro gamer and was once in the top .01 percent of World of Warcraft players. There are many, many pro caliber players out in the world who can’t necessarily make a living off of gaming. They either have to be signed by an org (super limited supply) or play in as many tournaments as possible (unreliable) or stream on Twitch.

Legionfarm gives these pros the opportunity to earn a living playing the games they love.

Meanwhile, gamers are always looking to get better but don’t often have the environments in a game to do so, particularly in Battle Royale games. Legionfarm, which supports a couple of the biggest BRs (Call of Duty: Warzone and Apex Legends), allows these players to team up with pros and learn from them.

The startup is also running a hardware support program, which lets pros on the platform effectively rent gear by paying for it over time in installments that come directly out of their earnings each month.

“Recently, we’ve learned that one pro player can acquire seven or more new customers to the platform if we work with the pro properly,” said Belyankin. “That’s the biggest growth point for us and the biggest challenge. We don’t need to demand in the performance channels, but through existing supply. If we manage to build some sustainable processes here, I think we’re going to skyrocket because we see some huge potential here.”

Elon Musk has lost over $140B in the last four months

5 Small Business Ideas to Pursue in 2021

How to Find and Hire Top Talent