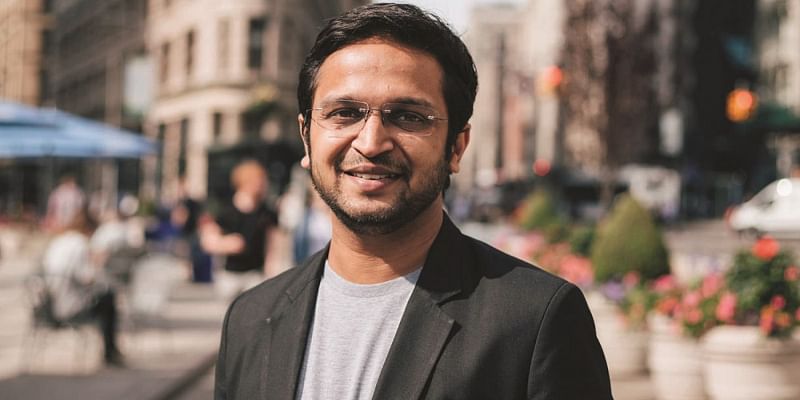 It’s been a long and extremely interesting journey for Nishith Rastogi, Co-Founder and CEO of Locus.sh.

After graduating from BITS Pilani and launching RideSafe, a real-time route deviation detection application for women’s safety, to establishing Locus, a supply chain intelligence and logistics planning startup, every stage has been stimulating and filled with learnings.

Nishith met his Co-founder, Geet Garg, during their stint at AWS. The duo quit their job to build Right Safe after coming across incidences where women’s safety was compromised while using cab services.

“Geet and I built an app called Ride Safe. It had a route deviation engine, which we used to call R2D2 – real-time route deviation detection. If you tell the engine you are going home from airport, the algorithm will automatically detect all potential variations in route and will alert if the driver is taking you somewhere else.  We got a good response, but a lot of these upcoming new-age hyperlocal companies started using the app to manage their delivery personnel,” he says.

The duo realised that delivery companies were mainly using the application to keep track of their personnel – where they were or if they were deviating from their route.

This ultimately led them to launch Locus, the Bengaluru-based supply chain intelligence and logistics planning startup.

“There have been a lot of solutions towards visibility in supply chain, but very little effort around decision making in supply chain – and that’s what Locus does. It is a technology platform, which brings end-to-end real-world decision making. There is no reason for so much manual intervention to happen for taking a package from point A to point B,” he says.

Founded in 2015 by Nishith and Geet, Locus.sh uses technology and proprietary algorithms to provide smart logistics solutions such as route optimisation, real-time tracking, insights and analytics, vehicle allocation, and utilisation.

Nishith says the team was supported by early-stage investors like Sheetal Bahl, Partner at GrowX, and Manish Singhal, Founding Partner of Pi Ventures, when they were building the app and did not know if it could be turned into a business.

“They gave us a few hundred, thousand dollars and broadly said don’t go back to your job. It was during the fundraise that we pivoted from a B2C-focused Ride Safe to B2B-focused Locus. We received absolutely no resistance from our investors. I think as they say, at that stage, they are truly investing in the team,” he adds.

Post the pivot, Locus received support from Exfinity Venture Partners’ Shailesh Ghorpade, who helped the team to focus on enterprises.

“We are very thankful to our early-stage investors for providing guidance and patience to build a technology and enterprise-focused organisation,” he adds.

In this episode of 100X Entrepreneur Podcast, a series featuring founders, venture capitalists, and angel investors, Nishith spoke to Siddhartha Ahluwalia about his journey from launching Right Safe to pivoting to Locus.sh.

Listen to the podcast here

04:26 – Identifying the problem statement in supply chain and logistics

09:30 – Having more PhDs in the team than engineers early-on

22:15 – Clarity of purpose, both as a startup and founder

31:20 – Cultural shift with the growth of Locus.sh

How agencies are playing the ‘perfect matchmakers’ between brands and creators

[Product Roadmap] With a presence in 200 cities, how Nivesh is using tech to win tier II and III India