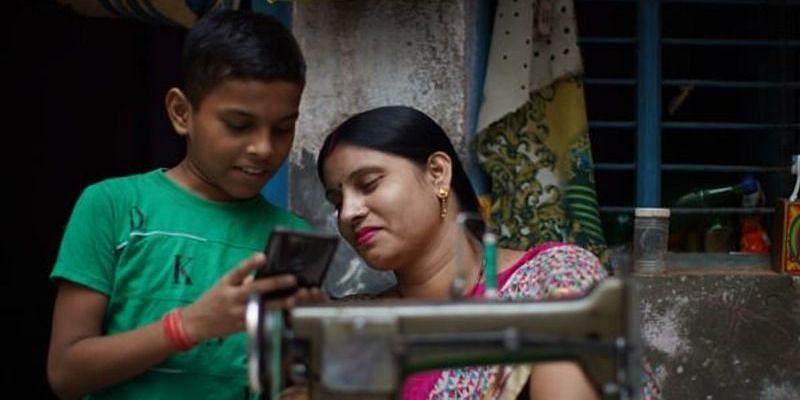 It’s been a year since the Indian government announced a countrywide lockdown to curb the spread of the novel coronavirus. Of all the things that changed overnight for a billion-plus people, education was probably the most significant one.

Schools and colleges were shuttered and classes cancelled indefinitely for hundreds of millions of students. No one knew when things would change and offline classrooms would resume.

While the young ones may have seen this as a “long vacation”, the elders — parents, teachers, school administrators, education boards, etc. — were faced with the Herculean task of ensuring continuity in learning.

Herculean, because India has one of the largest student populations in the world — 260 million in K-12 alone, and several million more in test prep and beyond.

Never in 100 years had education been threatened the way it was in 2020.

It could have meant only two things: a) everything comes to a standstill; or b) things go through a sea change and an all-new world order in learning is created.

As it turned out, the latter happened.

Edtech went through, what many startups in the sector call, “a transitional year”. Or, to put it in the famous words of Vladimir Ilyich Lenin, “There are decades where nothing happens, and there are weeks when decades happen.”

To talk about what really happened, a bunch of edtech leaders joined YS Founder and CEO Shradha Sharma in an enlightening panel discussion.

Year of firsts and myth-breaking

Before 2020, online learning was largely seen as a supplement to offline classrooms and coaching. In some cases, its quality and veracity were also doubted.

But the pandemic busted all myths and established edtech as a force to reckon with.

Ashwin Damera, Co-Founder and CEO, Eruditus Executive Education, said, “2020 saw the mainstreaming of online education. People had looked at online as somewhat inferior to classroom education across categories. 2020 busted that myth forever. And you really know that it was a transitional year because even the government came up with a new policy for higher education where they allowed online degrees [for the first time]. So, that is cataclysm.… a pivotal moment for online education.”

For online education to fly, you need access to technology. Most of India didn’t… until the pandemic changed things for several households.

Tanushree Nagori, Co-Founder, Doubtnut, shared, “Almost 85 percent of our students come from outside the top 10 cities in terms of demography. Most of them got the first phone in their households in the last seven to eight months. And if you ask them why they got it, they will say padhai ke liye (for studies). So, they got access to technology just to maintain continuity in studies.”

“2020 was also the first time that they got a peek into the quality of online education, and the difference it can make when it is mainstream and the primary mode of learning,” she added.

While edtech is likely to see further growth in 2021, founders are celebrating the fact that the pandemic has taken “the baseline up by many, many times”.

Shobhit Bhatnagar Co-Founder and CEO, Gradeup, observed, “I don’t think even after offline opening up, it’s going to stop the [edtech] journey that has started. It may not even dent that journey. Because the quality is so differentiated when you move things online. There was this habit barrier earlier. Now, with that broken, we’re head-on in competition with offline education. And that’s the big relief point for edtech.”

Edtech offers the opportunity to distribute quality education to parts of the country where you could not access it in an offline-only setup.

Eruditus’ Ashwin explained the impact of such a move.

“Recently, IIT Madras offered a bachelor’s degree online and they had some 9,000 applicants. Of which, they accepted 6,000, which is a large number and more than they would do normally in the offline format. So, I think the biggest story here goes beyond the business and money we make. It is the improved access to high quality education.”

“The myth that online is inferior is not only broken, but it is broken at even the faculty and institution level. And that is the key transformation,” he said.

With students having the option to access any course online, irrespective of their geographical location, edtech has essentially removed the costs and challenges associated with moving cities for education.

“There is a physical reach barrier, and there is the economic barrier, which is a huge factor in India. With online, you can pretty much access the same learning at one-tenth the cost because the travelling and getting coaching in another city cost is cut. The moment you can make this kind of a difference, education reaches several millions more across low and middle-income households.”

While girls often outnumber — and outscore — boys at school boards, only a fraction of them go on to pursue a higher degree. A lot of it has to do with the state of women’s safety in India. “Sometimes, to access test prep coaching for higher studies, people need to migrate out of their villages and towns to the big cities,” Tanushree said.

And suddenly, we see the number of girls who can compete in those exams, drops significantly. If we can provide the same quality of test prep education while they are at home, it makes a massive difference to the gender ratio.”

How edtech can remain ‘mainstream’ in 2021

Growing fast brings its own set of challenges, of course. Be it capital or manpower, blitzscaling means all company functions must “move very, very fast”.

“I think 2021 is going to be a very dynamic year because the stage is set up. There is a change in the perception of parents, the system, and students. And there are a lot of startups doing a pretty good job. So, the competition is going to be very, very tough, which is also going to lead to a lot of interesting problem solving.”

But, is edtech complete in terms of content and formats or is there something that still needs solving? What is missing in online learning?

Testbook’s Ashutosh believes it is the “lack of in-person touch and interactivity” that offline education provides that needs to be worked on by edtech operators. “That is a fundamental source of motivation for students,” he said.

“Today, if we have people coming online and knowing the advantages of a very efficient learning system, it is because they are self-disciplined. For the others, we have no way to find out what they’re doing on their phones,” he added.

Going forward, building features to ensure in-person touch and higher engagement will be critical for edtech platforms. Some players like Testbook, which is dominant in small towns, are working towards creating a hybrid model of coaching.

The startup has partnered with cyber cafes that are open 24X7, and got students and coaches to interact with each other to check their performance levels. “This programme has improved study hours by almost 2-2.5X,” the founder revealed.

Doubtnut, which solves doubts for K12 students, believes edtech’s real challenge is to remain “mainstream” even after physical classrooms resume. To do that, startups need to have their eyes and ears on the ground.

Tanushree explained, “I think we are all sitting in our boardrooms and making decisions, but what is very important is to stay in touch with the kids to be able to solve very small things like what the ideal duration of an online class should be. Many times, we think let’s keep it at four to five hours whereas, when kids go to school, nobody takes tuitions for more than one to two hours. So, we need to devise a system where edtech outside the school remains mainstream and doesn’t become supplementary to tuitions again. For that, we need to remain close to the students.”

Founders believe 2021 will see “a lot of investments in India” in edtech, both from domestic and international investors as well as the government.

This will allow even nascent startups to scale well.

Ashwin of Eruditus said, “The amount of money that’s floating around in edtech right now is going to continue, and some of the frugal ideas will also get properly funded and scaled, and more impact will be created.”

“My prediction is 2021 will see the maximum investment in edtech. And as a consequence of that, you are going to find a lot of large edtech companies either acquiring others or moving into spaces [segments] that you would not expect them to be,” he added.

Interestingly, consolidation in edtech might have begun even before 2021, with the unicorns and market leaders taking quick strides to do a ‘land grab’ of sorts.

But, with scale comes responsibility.

Sounding a word of caution for edtech players, Ashwin said, “Towards the end of 2020, we started seeing some examples where edtech players went overboard with marketing or how they teach, etc. So, maybe, there will be more scrutiny on the sector in 2021, and all of us must act responsibly. Because in education, just like in healthcare, one bad actor can impact the entire sector badly.”

Given the phenomenal growth of online education in the pandemic, is it time to start the countdown for a multinational edtech giant from India?

All founders on the panel are optimistic, mainly because India is already building “English-first or English-only” learning products.

That gives homegrown edtech startups an edge over other global peers. “We are definitely well-poised to build products that can serve a large part of the world,” Tanushree said.

“You have enough capital for parallel scaling, and it is already happening right now,” Ashutosh added. We’ll leave you to guess which edtech giant he’s referring to.

Why It’s Important to Keep A Clean and Tidy Workplace

5 Brand Activation and Marketing Strategies Your Customers Will Love

Toqio raises €8M to help businesses develop their own financial products; here’s how

Benefits of Customer Testimonials in SaaS

Yat thinks emoji ‘identities’ can be a thing, and it has $20M in sales to back it up – TechCrunch