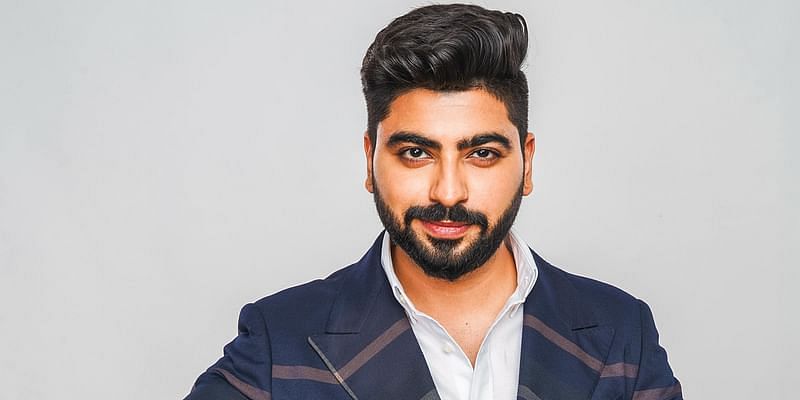 Delhi-based serial entrepreneur Divij Bajaj has tried a couple of things after his MBA days. In 2016, he launched an admission portal, followed by a silent disco lounge. But it was his bet on gummy bears that really paid off.

In 2018, he launched ﻿Power Gummies﻿ under Aesthetic Nutrition, which claims to have sold 30 lakh packs of gummies to date.

The brand also recently roped in Bollywood actor Shraddha Kapoor as a brand ambassador for its hair vitamin gummies. This could do for Power Gummies what actor Shilpa Shetty did for baby care brand Mamaearth.

Get connected to Power Gummies

Power Gummies sells various types of gummy bears, and each pack is priced between Rs 1,200 and Rs 2,300.

Its best-seller is the hair and nail vitamin variant. It also launched ‘Beach Body’ gummies for weight loss in late 2020. And in May 2021, it launched the ‘That Time of The Month’ gummies, aimed at helping women deal with PMS symptoms.

Get connected to Power Gummies

An Omega-based gummy variant will be launched in December this year or next January, followed by multivitamins, and gummies to help people improve their sleep.

Power Gummies is also planning to launch an app, which could help people track their progress. For instance, if someone is trying to lose weight, using the ‘Beach Body’ variant, the app will provide a tracker and reach their goal.

“We are also working with 150 nutritional experts to help our customers get proper guidance towards their goals — weight loss, or sleep, or PMS,” says the founder.

To handle the expansion, Divij has also started hiring more people. In the last few months, the team size has grown to 53 from just 14.

In 2020, many online-first brands saw major growth in their business as consumers did not have a choice but to shop online due to the lockdowns.

The direct-to-consumer sector leaders saw improved bottom lines, including cosmetic brand Sugar, which saw its highest sales in November 2020, and baby and mother care brand MamaEarth, which reached a valuation of $300 million after reaching a revenue run rate of Rs 700 crore.

According to the founder, Power Gummies records average sales worth Rs 3 crore per month. In June 2021, it raised $1 million, led by 9Unicorns, in a Pre-Series A round. Its other investors include Venture Catalysts and DSG Consumer Partners, among others.

Currently, Power Gummies operates in a D2C model, and also sells on marketplaces, including Amazon, Flipkart, and Nykaa. It also plans on entering the retail space through organised pharmaceutical stores. In the next three years, Divij aims for his brand to be present across 1,000 stores.

In the last few months, Power Gummies’ team size has grown to 53 from just 14 members.

The nutraceutical industry has been on the rise since people started becoming more health-conscious, especially during the pandemic. Strong immunity and fit bodies are considered the best aid to fight the COVID-19 virus.

Awareness around preventive care, instead of curative treatments, has started gaining steam, which proved to be incremental for the supplement industry.

The Indian dietary supplement market is expected to grow at a CAGR of 20 percent between 2015 and 2023, according to a study by ResearchandMarkets, with players like Herbalife, Patanjali, Amway, Pfizer Limited, Merk, Bayer, and Abbott.

Get connected to Power Gummies
Edited by Saheli Sen Gupta

This Cure.fit-backed startup claims it can help people reverse their diabetes

What to Know BEFORE You Sell Your Small Business –

A multi-speciality hospital putting the patient at the centre, here’s the Ramya Hospitals story