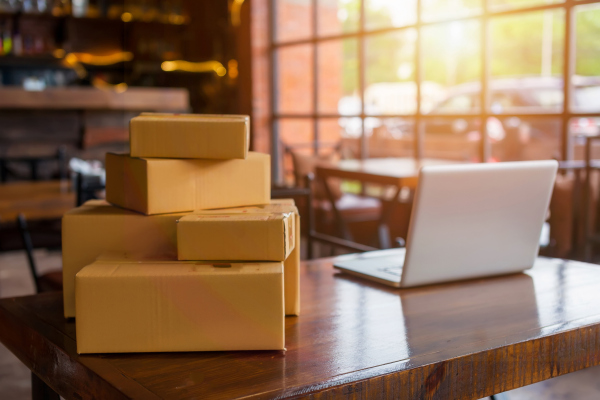 On the heels of Heroes announcing a $200 million raise earlier today, to double down on buying and scaling third-party Amazon Marketplace sellers, another startup out of London aiming to do the same is announcing some significant funding of its own. Olsam, a roll-up play that is buying up both consumer and B2B merchants selling on Amazon by way of Amazon’s FBA fulfillment program, has closed $165 million — a combination of equity and debt that it will be using to fuel its M&A strategy, as well as continue building out its tech platform and to hire more talent.

Apeiron Investment Group — an investment firm started by German entrepreneur Christian Angermayer — led the Series A equity round, with Elevat3 Capital (another Angermayer firm that has a strategic partnership with Founders Fund and Peter Thiel) also participating. North Wall Capital was behind the debt portion of the deal. We have asked and Olsam is only disclosing the full amount raised, not the amount that was raised in equity versus debt. Valuation is also not being disclosed.

Being an Amazon roll-up startup from London that happens to be announcing a fundraise today is not the only thing that Olsam has in common with Heroes. Like Heroes, Olsam is also founded by brothers.

Sam Horbye previously spent years working at Amazon, including building and managing the company’s Business Marketplace (the B2B version of the consumer Marketplace); while co-founder Ollie Horbye had years of experience in strategic consulting and financial services.

Between them, they had also built and sold previous marketplace businesses, and they believe that this collective experience gives Olsam — a portmanteau of their names, “Ollie” and “Sam” — a leg up when it comes to building relationships with merchants; identifying quality products (versus the vast seas of search results that often feel like they are selling the same inexpensive junk as each other); and understanding merchants’ challenges and opportunities, and building relationships with Amazon and understanding how the merchant ecosystem fits into the e-commerce giant’s wider strategy.

Olsam is also taking a slightly different approach when it comes to target companies, by focusing not just on the usual consumer play, but also on merchants selling to businesses. B2B selling is currently one of the fastest-growing segments in Amazon’s Marketplace, and it is also one of the more overlooked by consumers.”It’s flying under the radar,” Ollie said.

“The B2B opportunity is very exciting,” Sam added. “A growing number of merchants are selling office supplies or more random products to the B2B customer.”

Estimates vary when it comes to how many merchants there are selling on Amazon’s Marketplace globally, ranging anywhere from 6 million to nearly 10 million. Altogether those merchants generated $300 million in sales (gross merchandise value), and its growing by 50% each year at the moment.

And consolidating sellers — in order to achieve better economies of scale around supply chains, marketing tools and analytics, and more — is also big business. Olsam estimates that some $7 billion has been spent cumulatively on acquiring these businesses, and there are more out there: Olsam estimates that there are some 3,000 businesses in the UK alone making more than $1 million each in sales on Amazon’s platform.

(And to be clear, there are a number of other roll-up startups beyond Heroes also eyeing up that opportunity. Raising hundreds of millions of dollars in aggregate,  others have made moves this year include Suma Brands ($150 million); Elevate Brands ($250 million); Perch ($775 million); factory14 ($200 million); Thrasio (currently probably the biggest of them all in terms of reach and money raised and ambitions), Heyday, The Razor Group, Branded, SellerX, Berlin Brands Group (X2), Benitago, Latin America’s Valoreo and Rainforest and Una Brands out of Asia.)

“The senior team behind Olsam is what makes this business truly unique,” said Angermayer in a statement. “Having all been successful in building and selling their own brands within the market and having worked for Amazon in their marketplace team – their understanding of this space is exceptional.”

Insurtech is hot on both sides of the Atlantic – TechCrunch

This bootstrapped startup is offering on-demand water delivery to customers