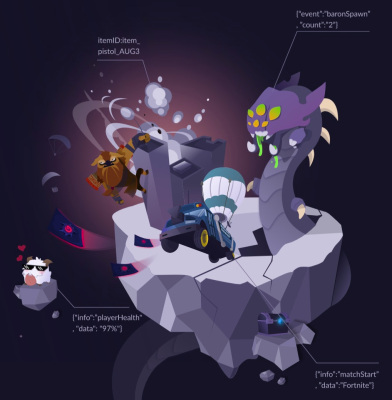 Roblox, the gaming company that went public this month with a strong debut, changed the game (so to speak) for the role that creative input can play in making a game more loved, more engaging and even more enterprising. Today, a startup that is taking a version of that model — focused on in-game apps and modifications — is announcing some funding and the launch of a new toolkit to double down on that opportunity.

Today, a startup called Overwolf, which has built a popular platform for gaming fans to build modifications (mods) and additional tools for all kinds of PC games, is announcing $52.5 million in growth funding and the launch of a new content creation SDK — underscoring its growth and more specifically the demand in the market to bring more user-generated content variations into the gaming universe.

The company’s platform has some 30,000 creators, 90,000 mods and add-ons and 18 million monthly users across thousands of games, including Fortnite, World of Warcraft and Minecraft. In the last year, which has seen a surge of gaming activity as more people stay home throughout the pandemic, Overwolf’s revenue has grown by 300%, it said.

The Series C is being co-led by Insight Partners and Griffin Gaming Partners, a VC that specialises in gaming content. Other investors in the round include Ubisoft, Warner Music Group, Meg Whitman and Gen.G co-founder, Kevin Chou. Valuation is not being disclosed.

Importantly, alongside the funding, Overwolf is introducing a new service called CurseForge Core, an SDK that can be integrated directly into a game itself to make it easier for gaming enthusiasts and developers to build user-generated content for it. CurseForge Core is essentially the next iteration of CurseForge, the mods platform that Overwolf acquired from Amazon’s Twitch last year for an undisclosed sum.

The buyer and acquirer here continue to have a close relationship, even as Overwolf also looks to work more closely with others like Discord, which says something about what makes up the bigger ecosystem of communication and activity among gamers outside of the core experience of a game itself.

Prior to launching this SDK, Overwolf already had built out a large community of users — both on its own steam and by way of its acquisition of CurseForge. While that is entirely focused on PC games at the moment, the plan will be to expand its reach to other platforms, including Macs, console games and mobile gaming, in the next year.

The gap in the market that Overwolf has identified and built for is the demand from avid gamers for more tools to improve their experience of the game, sometimes very specific ones that might not be core to everyone’s experience but definitely wanted by enough people to merit their creation.

These can be, for example, maps to navigate your way around a game, or dashboards or leaderboards to keep better track of various statistics of characters and other players, tools to modify characters, or apps to communicate with other players when you’re inside a game. Marchand points out that he first got into this world as a mod maker himself, years ago creating a Skype app for World of Warcraft.

“We pivoted from making mods to making a platform for others to make mods and additions,” he said. “When you think about all the aspects that need to be addressed — they include telemetry, the interactive UI, analytics, installers — they can be very complicated. So we provided platform essentials to help developers figure it all out.”

While games developers might have a very specific vision of how they would like their games to look at play, as Marchand described it to me, it’s also a big part of PC gaming culture to be able to play around with those experiences to make them unique to each player. But handling the work of third-party ecosystems is not typically in their core competencies.

“The scale and diversity of that content makes it impossible for a game maker to capture and do it all,” said Marchand. “History has proven that while game makers would like to encourage UGC they can’t and that is why we exist.”

Even if building an SDK that sits inside games themselves is a logical next step, it also represents a kind of increased trust between Overwolf and games publishers.

“Overwolf is developing the holy grail of frameworks for UGC for both publishers and in-game creators. Enabling all major publishers like us, to allow the creation of mods in a safe, secure, authorized, and profitable manner; is a game changer for all creators and IP holders,” said Oscar Navarro, head of Corporate Development for Ubisoft, in a statement.

Indeed, the trade-off for games publishers are more tools that will potentially keep users further engaged. The SDK will cover tools such as cross-platform modding, to let players discover and install mods in-game, across all platforms and storefronts; an analytics dashboard to have better visibility on how well various mods are performing; moderation tools to better vet what third-party content gets submitted; and monetization tools to bring in more creators. As with other platforms that incentivize creators, these include an Author Rewards Program, fund investments, developer contests and hackathons. 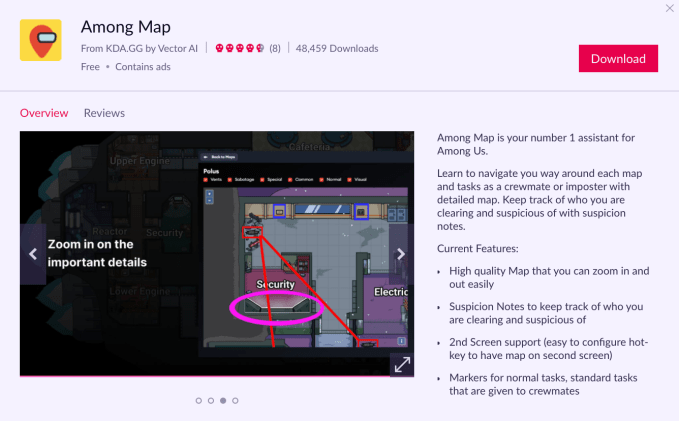 “We’ve been following UGC in gaming for many years and believe Overwolf has established itself as a leader in this category,” said Teddie Wardi, MD at Insight Partners, in a statement. “AAA game studios will want to allow creators to build and express themselves, and Overwolf is positioned as the platform to make this possible by ensuring that creators are recognized for their contributions, and easily integrating creations into games. Overwolf has proved themselves to be strong champions of the creator community and we look forward to helping them scale up in 2021.”

Financial incentives will continue to stand out for these creators, who today make most of their money not from paid mods and apps, but from in-mod or in-app advertising, a network that is run by Overwolf itself. Marchand said that the most successful developers can bring in revenues of $100,000 each month.

While Marchand likens Overwolf aims to YouTube, investors see a parallel in Unity, another key toolkit for the games developer community.

“Similar to how developers use Unity to build a game, we see Overwolf as the framework for everything UGC related to games. Overwolf allows for one of the only means of monetization for the thousands of creators, in turn, this translates to increased engagement for the publishers and more content for gamers.  Services like Overwolf set the stage for the industry to see a new generation of user-generated content and we are excited to invest in the leading company moving this space forward,” commented Nick Tuosto, co-founder of Griffin Gaming Partners and managing director at LionTree, in a statement.

The Startup Magazine The Challenges and Benefits of Cloud Migration

How Small Businesses Can Recover in 2021 After a Devastating Year

6 Types of Business Loans for Your Startup

Do we need a visa to explore the US market? – TechCrunch

State of funding in women-led startups

Are You Running Your Business Fairly?