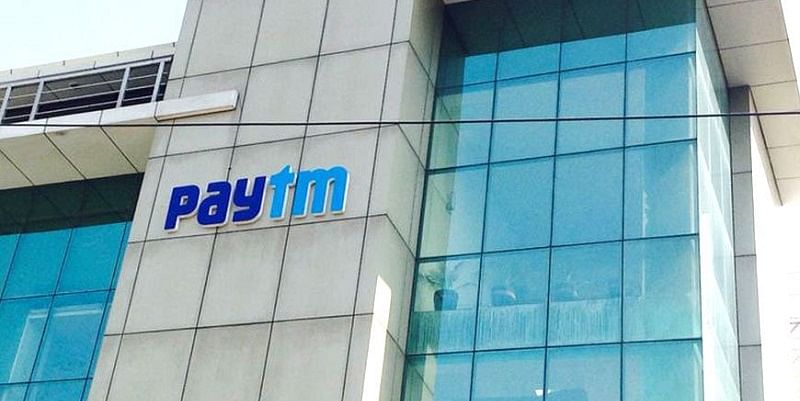 One 97 communications, the listed parent company of fintech app ﻿Paytm﻿, saw its stock prices drop dramatically to an all-time low of Rs 672 a piece on the BSE. That’s an over 12 percent drop since the markets opened at 9 AM on Monday morning.

Paytm was hit by an RBI notice late Friday night, after the markets had closed for the weekend, which declared the financial payments app would not be allowed to onboard any new customers effective immediately.

This action was taken because the RBI believed that there were “certain material supervisory concerns” at the Paytm Payments Bank. The Payments Bank was set up in 2017, and has been trying to get a small bank finance licence ever since.

“Reserve Bank of India has today, in exercise of its powers, inter alia, under section 35A of the Banking Regulation Act, 1949, directed Paytm Payments Bank Ltd to stop, with immediate effect, onboarding of new customers. The bank has also been directed to appoint an IT audit firm to conduct a comprehensive System Audit of its IT system,” read the RBI notice.

Additionally, on Sunday, it was revealed that Paytm founder Vijay Shekhar Sharma had allegedly hit the DCP (South district)’s vehicle with his car on February 22. This led to an arrest and release on bail under IPC Section 279 (rash or negligent driving).

Paytm released a statement saying the incident was exaggerated, and that no one was hurt and no damage had been done.

The full statement reads, “A complaint was filed in connection with an alleged minor motor vehicle incident. There was no harm caused to any person or property in the said incident. Media reports claiming the nature of the arrest are exaggerated, as even the complaint against the vehicle was for a minor offense under a bailable provision of law and requisite legal formalities were completed on the same day.”

What India’s fintech sector wants from the government

The next era of evolution for agriculture

What Union Budget 2022-23 had to offer for insurtech startups