First pictures of the Piaggio One electric scooter have been revealed today, ahead of its physical world premiere at the 2021 Beijing auto show on 28 May. The One is only the second pure-electric model to emerge from Piaggio Group, with the first being the all-electric Vespa Elettrica, which debuted a few years ago and was even showcased at the 2020 Auto Expo in New Delhi. Piaggio claims the One symbolises the generation that actively uses Tiktok, which is why it used the popular (but banned in India) social media channel to unveil its new e-scooter.

For now, there are no technical specifications for the Piaggio One, which will only be revealed at the Beijing auto show. However, the pictures shed light on the One’s minimalist bodywork, which appears to incorporate a mix of cues from a variety of Piaggio, Aprilia and Vespa models. It features a dual-tone paint job, all-LED lighting, a single-sided trailing-link front suspension that exposes the chunky alloy wheel, a flat and textured footboard, shrunken side panels, a sportbike-style double-sided swing arm and dual shock absorbers at the back. Overall, it steers clear of anything radical, and looks just like any other Piaggio scooter.

Wheel size for the One is pegged at 10 inches, and the scooter also gets flip-out pillion footpegs and disc brakes front and back.

Additionally, the Piaggio One has a full-digital colour instruments display (with a sensor that automatically adapts screen brightness depending on the conditions) and a keyless start system. Piaggio also claims the One has a ‘capacious’ underseat storage compartment but hasn’t disclosed the exact capacity. 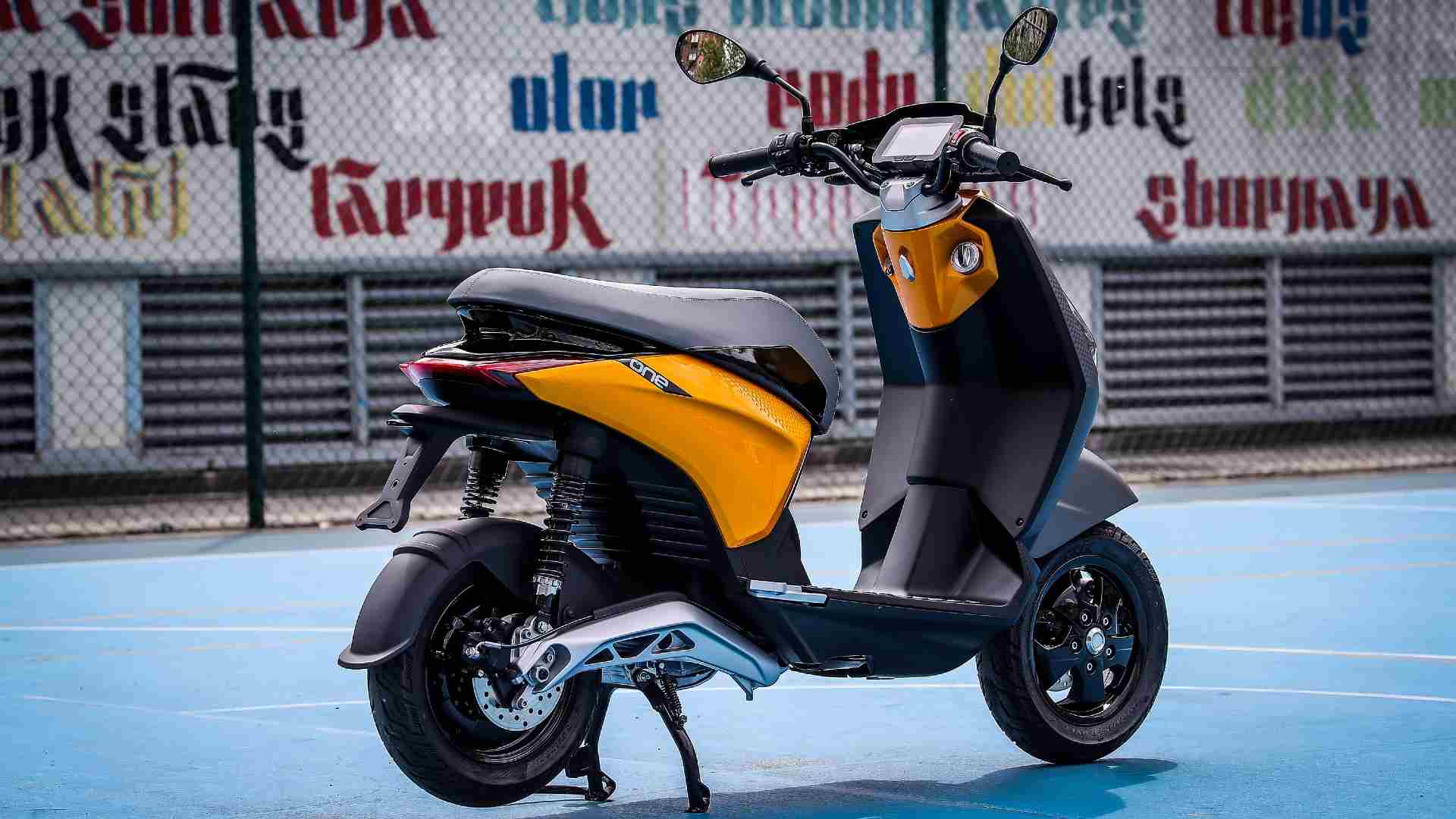 Piaggio will put the One electric scooter on sale in Europe at the end of June. Image: Piaggio

The Piaggio One will be offered in several versions with varying power and torque outputs, and the company has also confirmed it will have two motor maps, which will alter power delivery as well as range. The highlight here is the Piaggio One’s lithium-ion batteries can be removed entirely and carried home or to the workplace for recharging.

Interestingly, Piaggio – along with Yamaha, KTM and Honda – formed a consortium in March this year to co-develop swappable battery systems for motorcycles and light electric vehicles. All four manufacturers are to work together on a standardised swappable battery system that will help promote global sales of EVs and contribute to a more sustainable lifecycle management of batteries.

In case you’re wondering, no, the Piaggio One is unlikely to make it to our shores, seeing as how Piaggio itself has established itself as a name in the commercial vehicle space, and only retails scooters under the Vespa and Aprilia brands here. That said, the One has been dubbed a ‘global project’, and is almost certainly going to form the basis for Piaggio’s electric scooter for India, which is already in the works.

Also read: Vespa turns 75, take a look at the journey of an illustrious two-wheeled icon