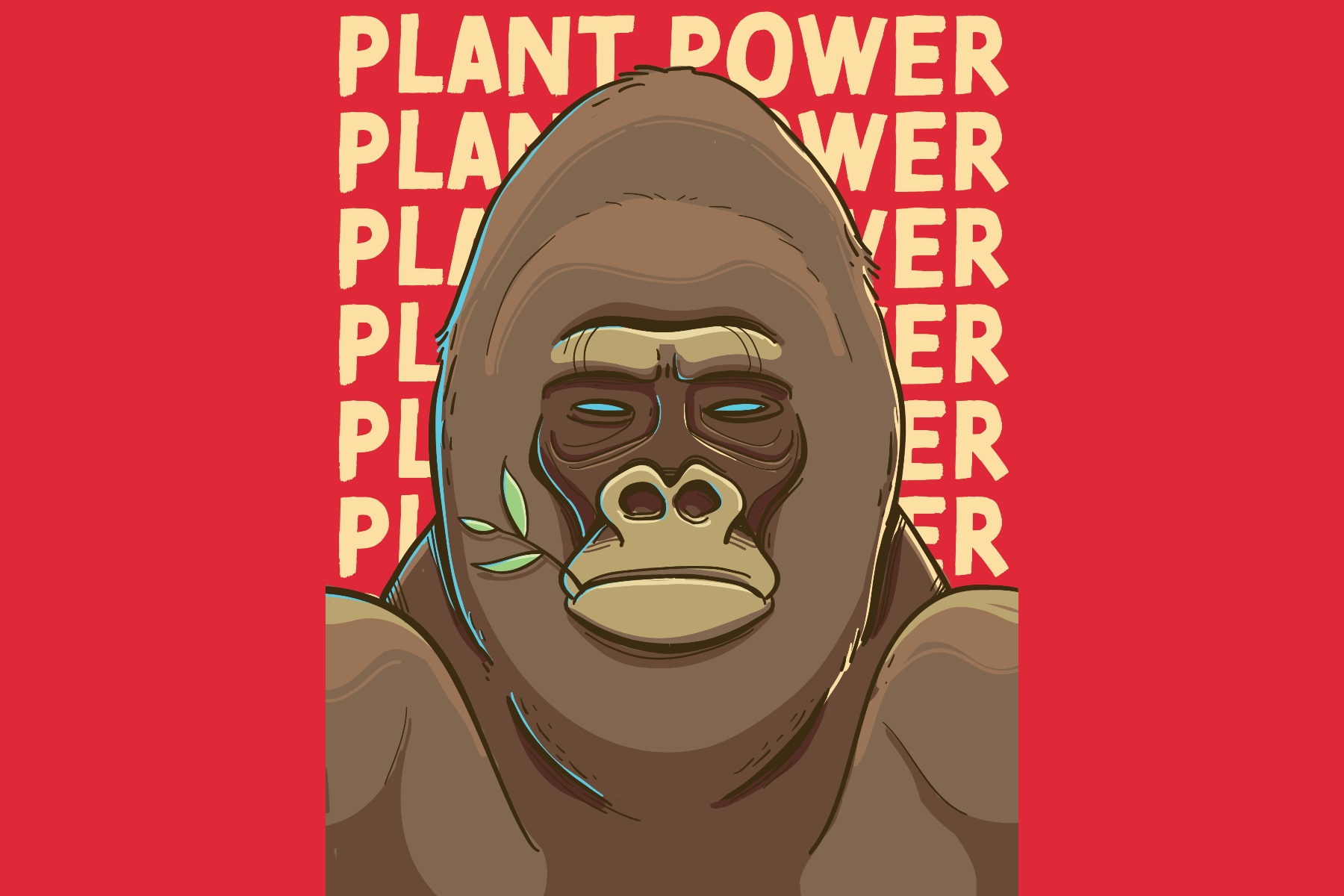 The growing preference for a vegan diet among consumers is the key factor likely to drive the worldwide plant-based protein market growth. According to Research and Market, the alt-protein market would rise to 15.6 billion USD by 2026 from 10.3 billion USD in 2020, with a 7.2% CAGR in terms of value (1).

Plant-based protein is a protein food source derived from plants like wheat, nuts, soy, pea, lentils, rice, potato, and others instead of meat. They are highly nutritious as apart from protein, they are also rich in fiber, vitamin C, calcium, iron, and folate, with over nine essential amino acids.

Plant-based protein sources are also useful in maintaining a healthy weight as they are lower in fat, carbohydrate, and overall calorie than animal proteins. Meaning, they also help reduce blood pressure, cholesterol, and risk of cardiovascular diseases. There are also countless clinical studies linking the benefits of plant-based protein over animal protein (2).

The plant-based protein category is gaining serious traction recently. And some of the major factors driving the growth include:

Funding in the Plant-Based Protein Space

“The alternative protein industry has demonstrated resilience and acceleration in the past year, raising significantly more capital in 2020 than before. There are infusions and the funding to come to facilitate R&D and capacity building to allow these businesses to scale and reach more customers with affordable, delicious, and accessible alternative protein products.” – Caroline Bushnell, Corporate Engagement Director at GFI (4).

According to GFI, the industry’s three major pillars include:

The surge in investors’ confidence in alternative protein companies signals a rising appetite for climate-friendly investments that pick returns that benefit both investors and their communities.

“The investor community realizes the massive social and economic potential of food tech to restructure our food system radically. Early trendsetters such as Beyond Meat, Impossible Foods, Mosa Meat, and Memphis Meats continue to perform well. More entrepreneurs are waking up to see the potential of alternative proteins to succeed in the market while having a positive global effect on food sustainability and health.”

The rise in capital infusions in alternative protein investments can pump dramatic improvements in the productivity and efficiency of our food system. On a broader scale, it will also improve the greening of the global economy, where growth is decoupled from environmental damage.

And as the world continues to grapple with the coronavirus pandemic, the prospect of meat produced with zero risks of contributing to antibiotic resistance and zoonotic disease transmission has even more significant relevance. Realizing that alternative proteins provide a scalable solution that gets the world closer to a more sustainable, secure global food system, investors are getting at the forefront of that transition.

It is also worth highlighting that it would be scientifically impossible for governments worldwide to decarbonize the global economy unless there is a decline in the amount of meat produced via traditional animal agriculture. With worldwide livestock contributing to about 14.5% of all anthropogenic greenhouse gas emissions, today’s status quo food production ways are incapable of feeding 10 billion people while accomplishing net-zero emissions by 2050.

According to Bushnell, 2020 was a breakout year for alternative proteins, with record investment moving into all industry segments. It is another signal of the crucial potential the private sector sees in the rapidly surging global industry. While the private and public sectors are pouring record-breaking investments, more capital infusion is needed to meet the urgency of the movement. A large-scale shift towards plant-based proteins will be crucial to mitigating the food production’s environmental impact to meet the Paris Climate Agreement and feeding a growing worldwide population sustainably (6).

Meanwhile, there are expectations that the global meat supply chain will record a loss of more than 20 billion USD in 2020.

To this moment, meat is still the king. According to CB Insight’s Industry Analyst Consensus (7), the worldwide meat market could be worth about 2.7 trillion USD by 2040. Some estimates suggest that 30% of the human consumed calories worldwide come from meat products such as chicken, pork, and beef.

The meat industry has transformed into a complex worldwide business to meet the growing demand that involves farms, feedlots, and middle meat people like transportation, slaughterhouses, storage and processing centers, logistics, and more.

However, as the coronavirus spread worldwide, the shift in consumer behavior and virus outbreaks in factories led to major blows to the meat supply chain. There are estimations that it faced over 20 billion USD loss in 2020.

In contrast, startups concentrating on plant-based proteins like Rebellyous Foods, Plantable, Livekindly, and InnocoPro have continued securing millions of dollars in funding amid the pandemic.

And despite high-profile deals in the conventional animal product industry, it faces a rising tide of challenges related to ethical, business, and environmental concerns.

As we advance, there will be a dramatic simplification in the meat value chain as ‘clean meat’ labs replace farms, feedlots, and slaughterhouses.

Corporations have started to shift into plant-based protein amid pressure from changes in consumer behavior. JBS, the world’s largest meat company, launched its meatless protein in June last year. Other meatpackers offering lines of plant-based alternatives include Cargill, Smithfield, Tyson, and Hormel.

There has also been a surge in the popularity of startups using tech to engineer meat in labs or manufacturing it from plant-based products.

In 2019, Beyond Meat, the world’s largest alternative protein brand, which offers the plant-based Beyond Burger, went public at a valuation of about 1.5 billion USD. Its competitors, Impossible Foods, also witness aggressive growth with more than 1.3 billion USD in total disclosed funding. Its products are available in chains like Red Robin, Burger King, White Castle, and Qdoba (8).

According to Patrick Brown, the founder and CEO of Impossible Foods (9), people are increasingly aware that plant-based products will completely replace animal-based products in the food industry within the upcoming 15 years. That is our mission transformation is inevitable.

The Shift Towards Meatless

Amid the COVID-19 pandemic, the meat industry received warnings of meat shortages because of shuttered plants, which resulted in price increases and a growing number of sick workers. These conditions potentially offer new opportunities for plant-based companies.

Conventional meat distribution channels remained upended as schools, restaurants, and other facilities closed. It has declined output, and raised prices have left consumers with limited options, whereas plant-based meat alternatives have started to see a drive (10).

The plant-based meat industry witnessed sales rise 264% in May last year. While these numbers are small compared to meat sales, the growth signals the opportunities that meat alternatives gained amid the coronavirus pandemic. Even daily alternatives witnessed a surge. In the first week of March last year, oat milk sales were up by 347% y-o-y against a backdrop of falling dairy demand.

Apart from shortage, the pandemic also forced several consumers to face meal supply chain issues for the first time, including the workers’ health or the ethical treatment of animals.

The consumer distaste was fueled when reports started surging about the euthanization of millions of animals as slaughterhouses were forced to close. Additionally, the news of meat factories’ concentrated coronavirus outbreak also aided in casting conventional meat products in an unappealing light, influencing people to opt for alternative proteins instead.

In an interview with Bloomberg News, Josh Balk, the Vice President of Farm Animal Protection for the Human Society, coronavirus is shining a light for people to evaluate their choices and whether or not they wish to continue to purchase meat (11).

Apart from the coronavirus pandemic, several other macro reasons for the shift towards a more meatless future. It includes:

While it may come as a surprise, meat-eaters are the most significant alternative protein target market.

According to a Neilson study (12), 98% of alternative meat purchases in the United States also buy meat. 95% of Americans who order vegan burgers at restaurants are not even vegetarians.

Additionally, there is room for significant growth; only over 21% of the United States households are buying meat alternatives. According to a Frontiers survey, Indians are more likely to purchase clean meat 56.3% (29.8% in the US) and plant-based meat 62.8% (32.9% in the US) (13).

While soybeans, and to somewhat mixed sentiment, insects have dominated the alternative protein space so far, new plant-based players are fighting to stand out.

Pea isolate is among the most affordable plant-based protein options. Similar to soy, its emulsification properties, and digestibility lend it to a huge range of end-product applications.

Businesses can play directly in the mock-meat space, where sales increased 264% during the lockdown, or compete with whey in the protein supplement industry. Notably, forecasts are suggesting that the market will exceed 30 billion USD by 2027 (16).

There is also a high demand for the same. According to a survey (17), 97% of Americans who exercise purchase protein shakes each month. The average monthly spending of the group on protein-rich shakes, snacks, and food is over 50 USD and rising.

It is worth noting sports nutrition is not the only protein-hungry space. In the United States, more than 3% of the population follows a plant-based diet, which amounts to more than 9 million consumers who may look up to protein isolates to supplement their intake.

According to Keywords Everywhere, there has been a steady rise in Google searches for ‘vegan protein powder,’ with over 110k searches a month.

Businesses can focus on protein-rich powder, snacks, bars, and meal replacements. One can also use pea isolates in everything from vegan jerky to ice cream.

Far from average pond scum, there are expectations that algae protein will become a 1 billion USD industry by 2026 (18).

Algae has a tremendous growth rate, needs minimal raw materials, and can cultivate it using food waste. The latest advances in technologies and methods can lead to a 90% cost reduction in commercial algae cultivation (19).

Chlorella is largely driving its growth in the retail space. Apart from use in nutraceuticals, foods, and skincare, Chlorella is also getting traction as a super fool that boosts collagen production and immune function.

According to Jungle Scout, there has been a 35% surge in searches for ‘chlorella powder’ in the US Amazon searches in the past three months, indicating a piqued interest among people.

Businesses can take advantage of Chlorella’s refreshing taste in beverages, as it would pair perfectly with the low-alcohol trend we recently covered.

One can also combine the Pea and Chlorella trends as powered products containing both are receiving growing interest on Amazon.

Apart from peas and algae, other alternative proteins options that businesses need to keep an eye on include:

Rucha Joshi is fueled by her passion for creative writing. She is eager to turn information into action. With her hunger for knowledge, she considers herself a forever student. She’s currently working as a content writer and is always interested in a challenge.

Thriving In The New Normal With Everything-As-A-Service

A Few Ways to Save Money on Household Bills