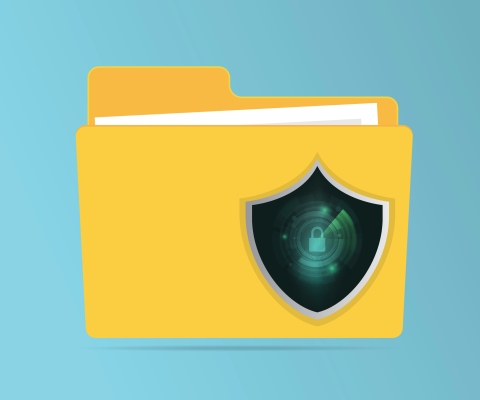 Paris-based SimpleLogin was founded back in 2019 and works as a browser extension, web app and mobile app — also offering users with a dashboard where they can disable aliases (such as if one starts getting spammed); and manage multiple real email addresses (i.e. if they have a number of email accounts which they want to be able to send aliased emails from).

The startup has grown to more than 100k users, with more than 2M email aliases created to date. We’re also told its monthly growth rate is in the double digits.

There is a fair amount of service overlap already between SimpleLogin and Proton with around a quarter of SimpleLogin users also being ProtonMail users, according to a Proton spokesman, who talks up “strong synergies between us”.

Commenting on being acquired in a statement, Son Nguyen Kim, founder and CEO of SimpleLogin, added: “SimpleLogin’s mission is to protect your online identity… We like Proton’s mission, its transparency, open-source nature, and user-first culture. It’s exciting to know what we can do with Proton experience and resources.”

Financial terms of the acquisition are not being disclosed.

In a blog post announcing the acquisition, Proton’s founder and CEO Andy Yen also flags the overlap, writing: “We have been following SimpleLogin closely for a long time as many ProtonMail users utilize it to prevent their ProtonMail addresses from being leaked to spammers.”

“SimpleLogin is a complementary service to ProtonMail,” he adds. “ProtonMail protects your data privacy with encryption, while SimpleLogin prevents malicious actors from discovering your actual email address by hiding your email.“

Proton’s plan is to more deeply integrate SimpleLogin functionality into ProtonMail — meaning its wider user-base will be able to hide their email addresses using SimpleLogin without having to sign up separately for the latter service.

Proton will also be maintaining SimpleLogin as a separate service, per Yen.

SimpleLogin’s team will continue to operate out of Paris where Yen says Proton will now be actively seeking to recruit from as it continues to expand the business, adding that its hope is to create “dozens” of jobs in the coming years.

The acquisition marks a further expansion of Proton’s suite of services — which as well as E2E web mail for individuals and business users includes an own brand VPN, a calendar product and cloud storage (aka Proton Drive).

Sustaining a privacy-focused business model which does not rely on data mining users to generate revenue encourages expansion into additional, aligned service areas to maximize cross-selling opportunities. Hence we’ve also seen the non-tracking browser, DuckDuckGo, bolting on a number of additional services in recent years as competition hots up for privacy-centric services.

Most pertinently, DuckDuckGo launched an email protection service last summer which offers a fairly similar email shielding feature as SimpleLogin — providing users with a free @duck.com personal email address (albeit merely to forward email to the user’s regular inbox; DuckDuckGo claims it doesn’t save your emails and isn’t (as yet) offering a like-for-like webmail service).

It’s clear that increasing competition in the privacy space is leading to previously once very distinct services to range further and start to overlap territorially. For users the upshot is more fully featured privacy products that promise to shield more of their online activity from prying eyes.

[YS Learn] 5 takeaways from masterclasses with business mentors at 100X.VC

Benefits of Customer Testimonials in SaaS