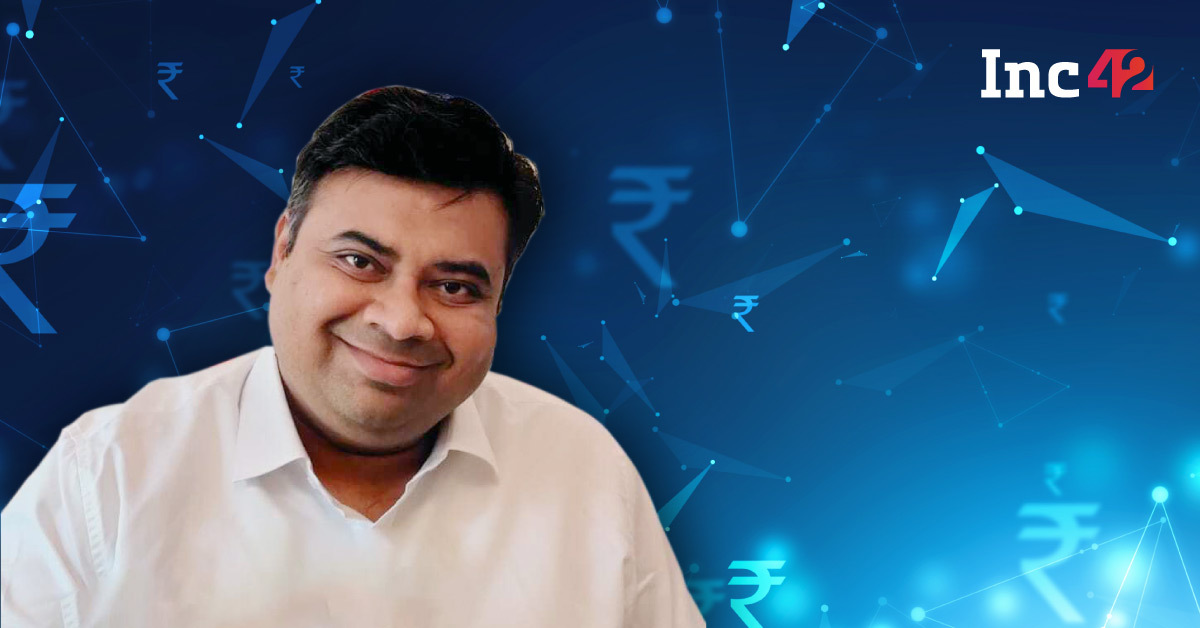 Purplle’s Vijit Anand, a finance veteran with more than 14 years of experience, believes that the core function of a CFO is to improve business efficiency and creating repeatable and scalable solutions

As part of Inc42’s CFOs In Tech Series, powered by HSBC, we spoke to Anand about the strategic role of a CFO and his importance as a mediator for stakeholders

The Indian cosmetics market has undergone a sea of change since the turn of the century. The first decade and a half saw a hypercompetitive sector dominated by international brands and major Indian corporates operating via traditional channels such as online and offline commerce. But in the latter half of the second decade, several homegrown startups entered the booming market and got a firm foothold by leveraging a fast-evolving digital transformation. The recent D2C rush during the Covid-19 pandemic further boosted the digital market, and startups that leveraged end-to-end fulfilment of products came further into the limelight.

Operating solely on digital platforms, homegrown players such as Nykaa, MyGlamm and Purplle are directly transacting with customers and have improved their margins by streamlining the supply chain and removing all intermediaries.

One of the early entrants in the space, Purplle was founded by Manish Taneja and Rahul Dash in 2012. The Mumbai-based beauty and skincare platform is a cosmetics marketplace where it sells its own products and also allows other local and global brands to sell theirs. The startup raised $45 Mn from Sequoia Capital India, Verlinvest, Blume Ventures and JSW Ventures in its Series D round in March 2021.

The Dynamic Role Of A CFO In The Startup Ecosystem

Vijit Anand, a finance veteran with more than 14 years of experience, joined Purplle in July 2020 as senior director, finance. In these 14 years, he had briefly worked with Infosys before joining Hindustan Unilever (HUL) where he continued for more than a decade. Starting from procurement and exports, Anand quickly worked his way to handling big roles in the supply chain and factory finances. While at HUL, he also worked as the CFO for Lakmé Salon, which eventually paved the path to Purplle.

Although working for a startup is quite different compared to corporate exposure, Anand believes that the core skills he had learnt throughout his career complement his current role at Purplle. Calling HUL his training ground, he says, “The core function of thinking strategically to improve business efficiency and create repeatable and scalable processes is something I learnt early on in my career. And it has helped me a lot at Purplle too.”

However, there were certain key differences in terms of role and responsibilities. At Purplle, Anand was asked to develop a long-term vision for the startup. Purplle’s model of causing a digital disruption worked early on in its journey, but the startup soon started losing its momentum due to the breakneck competition across the sector. After joining the startup, Anand became part of the team that created an adequate infrastructure which would work well in the long run.

But the biggest difference lay in his critical involvement in operations outside of finance. At HUL, each role was clearly demarcated and every department handled its own functions. At Purplle, Anand’s point of view evolved from finance-oriented to business-oriented. He was also able to see the impact of his decisions as the startup reacted faster to situations, and the outcome of the applied strategy would be clearly visible.

“While the thrill of decision-making is great, the cost of failure is also fatal for a startup. Some of these decisions are critical. Hence, it brings so much more responsibility and accountability when we work for a startup,” says Anand.

As we have discussed earlier, a CFO’s role is no longer limited to looking after a company’s finances. At Purplle, Anand has been involved in technology projects like energy conservation besides ensuring optimum manpower efficiency and stock storage. These are not typical CFO’s job, but they help reduce supply chain costs, while his decision-making has streamlined the processes.

Incidentally, Purplle owns six warehouses across India. The startup has substantially invested in its warehousing capabilities in recent times and mitigated costs in storage and stocking. Anand claims that in 2020, the cosmetics platform managed to save 15-20% of the cost by creating higher efficiencies around the supply chain and warehousing. Now, it is offering its services to third-party brands so that the latter can stock its products in Purplle’s warehouses. These brands also allow the startup to take care of all delivery fulfilments for a fee. With this initiative in place, Purplle has actually managed to turn its cost centres into revenue centres.

According to Anand, this has been possible by following the basic principle of creating frameworks that allow repeatability. By focusing on a startup’s core functions and developing technologies required for its operations, the CFO’s role becomes pivotal while using these solutions as repeatable modules for other brands and turning them into revenue-generating assets become crucial for scalability.

“As a CFO, I am trying to build these frameworks and processes where we develop solutions not only for Purplle but for anyone who operates in this space and wants to outsource that function,” says Anand.

The Balancing Act Of A CFO

Another key function of a CFO is to make sure that the vision of all stakeholders is aligned to ensure the efficient functioning of the business. Whenever an investor comes on board, it is essential to maintain clear communication, transparency of information and reliability of plans. A CFO’s role is to establish credibility by delivering on all these three fronts and bring discipline by ensuring that the funds are spent precisely the way it has been agreed upon with stakeholders.

But aligning stakeholders is not always an easy job. In case there is a difference of opinion between investors and startup cofounders, it falls upon the CFO to hold clear conversations around project feasibility and profitability. Plus, he should be able to bring alternative solutions to the table. Sometimes, a CFO should be flexible enough to allow experiments at the insistence of stakeholders. But he should also be in control to course-correct if the experiment does not work, says Anand.

With Nykaa all set to IPO this year, the obvious question is: Will Purplle go the same way? Anand explains that while plans about IPO may be in the pipeline somewhere, it is not something the company is focussing upon.

“IPO is a marker for the robustness of a company’s financial, legal, secretarial and internal policies. For me, getting those processes in place and ensuring that they work efficiently is more important than the IPO itself,” he says.

Why build a tech mafia when you can just build each other? – TechCrunch