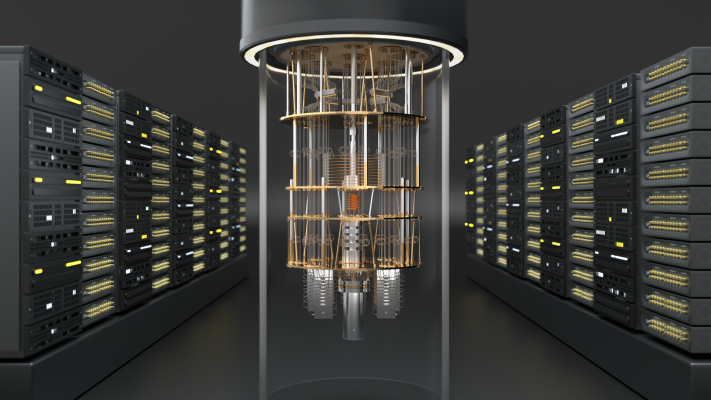 Quantum Machines, an Israeli startup that is building the classical hardware and software infrastructure to help run quantum machines, announced a $50 million Series B investment today.

Today’s round was led by Red Dot Capital Partners with help from Exor, Claridge Israel, Samsung NEXT, Valor Equity Partners, Atreides Management, LP, as well as TLV Partners, Battery Ventures, 2i Ventures and other existing investors. The company has now raised approximately $83 million, according to Crunchbase data.

While quantum computing in general is in its early days, Quantum Machines has developed a nice niche by building a hardware and software system, what they call The Quantum Orchestration Platform, that helps run the burgeoning quantum machines, leaving it plenty of room to grow as the industry develops.

Certainly Quantum Machines co-founder and CEO Itamar Sivan, who has been working in quantum his entire career, sees the vast potential of this technology. “Quantum computers have the promise of potentially speeding up very substantially computations that are impossible to complete in reasonable time with classical computers, and this is at the highest level the interest in the field right now. Our vision specifically at Quantum Machines is to make quantum computers ubiquitous and disruptive across all industries,” he said.

To achieve that, the company has created a system that relies on classical computers to power quantum computers as they develop. While the company has designed its own silicon for this purpose, it is important to note that it is not building quantum chips. As Sivan explains, the classical computer has a software and hardware layer, but quantum machines have three layers: “The quantum hardware, which is the heart, and on top of that you have classical hardware […] and then on top of that you have software,” he said.

“We focus on the two latter layers. So classical hardware and the software that drives it. Now at the heart of our hardware is in fact a classical processor. So this is I think one of the most interesting parts of the quantum stack,” he explained.

He says that this interaction between classical computing and quantum computing is one that is fundamental to the technology, and it’s a mix that will last well into the future, possibly forever. What Quantum Machines is building is essentially the classical cloud infrastructure required to run quantum computers. 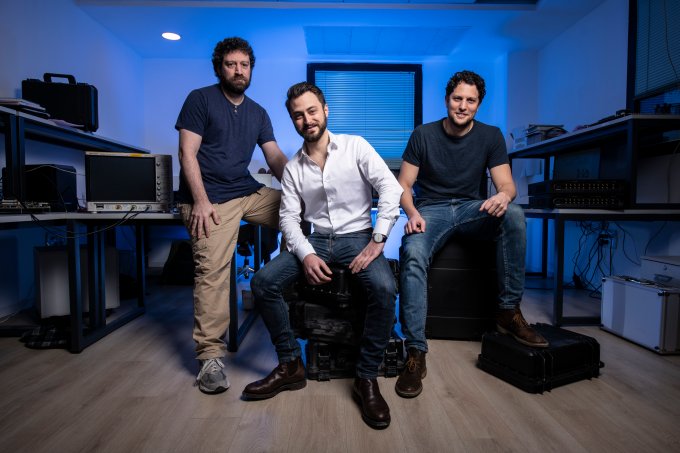 So far the approach has been working quite well, as Sivan reports that governments, researchers, universities and the hyper scaler operators (which could include companies like Amazon, Netflix and Google, although the company has not said they are customers) are all interested in QM’s technology. While it isn’t discussing specific metrics, the company has customers in 15 countries at the moment and is working with some large entities that it couldn’t name.

The money from this round helps validate what the company is doing, enabling it to continue building out the solution, while also investing heavily in research and development, which is essential as the industry is still in early development and much will change over time.

They have been able to create this solution to this point with just 60 employees, and with the new funding should be able to build out the team in a substantial way in the coming years. He says that when it comes to diversity, he comes from an academic background where this is the norm and he has carried this forth to his company as he hires new people. What’s more, the pandemic has allowed him to hire from anywhere and he says that the company has taken advantage of this opportunity.

“First of all, we’re not hiring just in Israel, we’re hiring globally, and we’re not limited to hiring in specific geographies. We have people [from a number of countries],” he said. He adds, “Diversity for me personally means involving as many people as possible in hiring processes. That is the only way to ensure that there is diversity.”

Even throughout the pandemic, the hardware team has been meeting in person in the office with necessary precautions when it has been allowed, but most employees have continued to work from home, and that is an approach he will continue to take even when it’s safe to return to the office on a regular basis.

“Of course, work in a post-COVID era will include a substantial amount of remote work. […] So even in [our] headquarters, we anticipate allowing people to work remotely [if they wish].

Steps To Set Your Business Apart

how the CosmoCaixa museum of science sparks creativity

I Misplaced Nearly Every thing in a Pure Catastrophe. Right here Is How I Recovered.