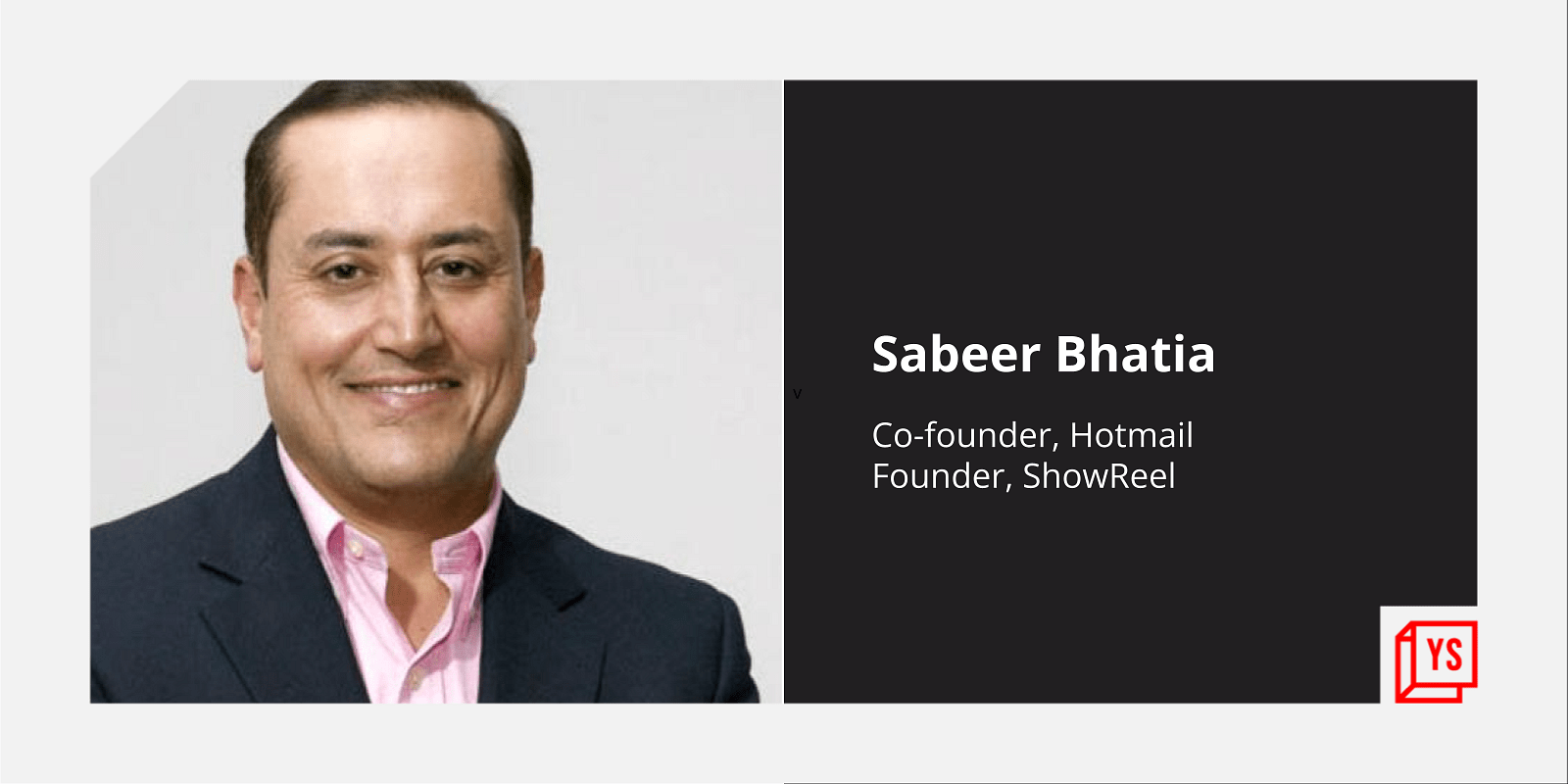 “What fascinates me is that the beauty of the internet is like a moving train; you can get on it anytime…but you have to be aware of what the state of art at that point in time is,” said veteran tech entrepreneur Sabeer Bhatia, who co-founded Hotmail, the world’s first web-based email, in 1996.

Hotmail had become all the buzz and captured 10 million subscribers when the internet population was merely 30 or 40 million. In 1998, it was acquired by Bill Gate’s Microsoft for $500 million.

Two decades later, Sabeer has hopped on the ‘moving train’, which is the internet, with a new venture called ﻿ShowReel﻿, a video resume platform to empower people with upskilling and employment opportunities.

While he cemented ubiquitous access to email with Hotmail, ShowReel aims to tap the internet consumer’s appetite for all things video and visual – for socially useful purposes like building professional connections and employment, especially as the pandemic plunged billions into unemployment.

“Video is going to be the future of communication, and ShowReel will use video for more socially useful purposes, rather than use of video for entertainment, which itself is a whole category, but that’s been very well taken care of by the likes of YouTube and TikTok of the world,” he said in a conversation with Siddhartha Ahluwalia, Founder and host of 100X Entrepreneur.

When asked if there is any pressure coming back to tech entrepreneurship after two decades, Sabeer said there’s none because it is more about the journey than the outcome.

“Part of the ShowReel experience has been that I’m kind of living that same journey again, in the very early phases, and that’s what is interesting. It’s not so much the outcome that I’m worried about, but the journey is very, very important to me,” he shares.

At the end of the day, one has got to solve some problem.

The Silicon Valley entrepreneur is nurturing ShowReel from India mainly because the largest percentage of unemployed people (200 – 300 million) during the pandemic happen to be in India.

“Luckily, in the United States, the government came in with a massive stimulus package and the unemployed people are also living on government-provided aid. So, the pandemic hasn’t hit people as badly over here as it has in India,” he said.

The fact that India has more smartphones than the entire US population makes it a very interesting market. According to Sabeer, mobile devices have been huge in opening up a market of four to five billion smartphones around the world.

Sabeer emphasised the importance of solving a problem that is large enough to make a difference to at least 10s of millions of people.

“You can create a tremendous amount of value if you build anything on the internet or on the mobile devices that is useful to a large section of the people…As long as people find it useful, monetisation should not be the primary goal. One should be able to find a large enough user base,” he said.

“What I’ve seen is great entrepreneurs have a long term vision — they are patient and not there to make a quick dollar. A great example is Jeff Bezos who kept Amazon unprofitable for 17 years but had a vision…of solving the problem for 10 years down the road. And that kind of vision has enabled Amazon to become the most valuable company on the planet,” he said.

“As long as you can make human life better for people, it should be the driving motivation to become an entrepreneur,” said Sabeer.

To know more, listen to the entire podcast here.

09:55 – His journey as an entrepreneur and investor post-acquisition

11:27 – Problem statements being solved by ShowReel

5 Factors to Consider Before Selling a Business

With a multi-stakeholder initiative with GAME, Omidyar Network India, & others, Punjab leads the way to bring

Propy launches NFT platform in the US, allowing real-world property to be bought as an NFT – TechCrunch