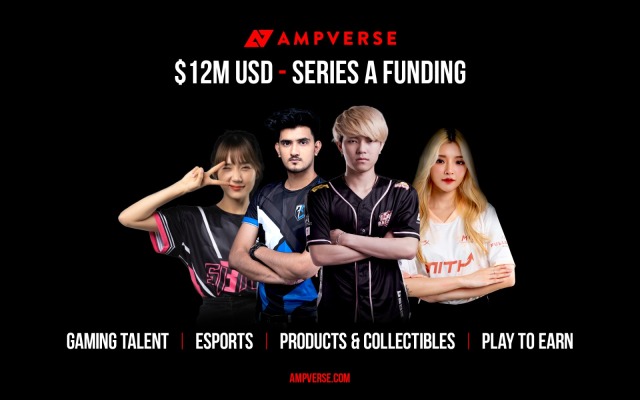 Singapore-headquartered esports startup Ampverse has raised $12 million in Series A funding led by Falcon Capital. The company says this is the largest Series A raised by an esports organization in Southeast Asia, based on data from PitchBook and other third-party platforms. The round will be used to expand in Indonesia and the Philippines, acquire more esports teams and scale Ampverse’s play-to-earn unit.

Ampverse CEO Ferdinand Gutierrez said that the company’s revenue has grown 125% over the last 12 months, during which it expanded into Vietnam and India.

Gutierrez told TC that Ampverse was founded because its team saw a “huge opportunity to create a company with IP and products for gaming fans that sits at the intersection of gaming and popular culture, be it esports teams, merchandise product or other fan experiences.” The company’s leadership team has previously held roles at media, entertainment and gaming companies like Havas, Twitch and Universal Music.

He added that expanding into Indonesia and the Philippines will “round off our SEA footprint,” which already includes Singapore, Thailand and Vietnam.

“We felt these two markets were strategically important markets in SEA, given what dynamic esports markets they are, as well as due to the popularity of games such as Mobile Legends in those markets which complements the existing games titles our teams compete in,” Gutierrez said, noting that Indonesia is the largest gaming market in Southeast Asia. Meanwhile in the Philippines, there are over 43 million active gamers, a number which has grown by 12.9% yearly since 2017 thanks to the growing accessibility of smartphones.

In a prepared statement, Falcon CEO Wil Rondini said, “The growth that the Ampverse team have delivered in a short period is monumental. With their continued esports M&A strategy and play-to-earn vision, we know that the future is bright for Ampverse.”

How Apna.co is helping in improving the job scenario to pre-COVID-19 times

CCI Orders Probe Into The ‘Conduct’ Of Zomato And Swiggy