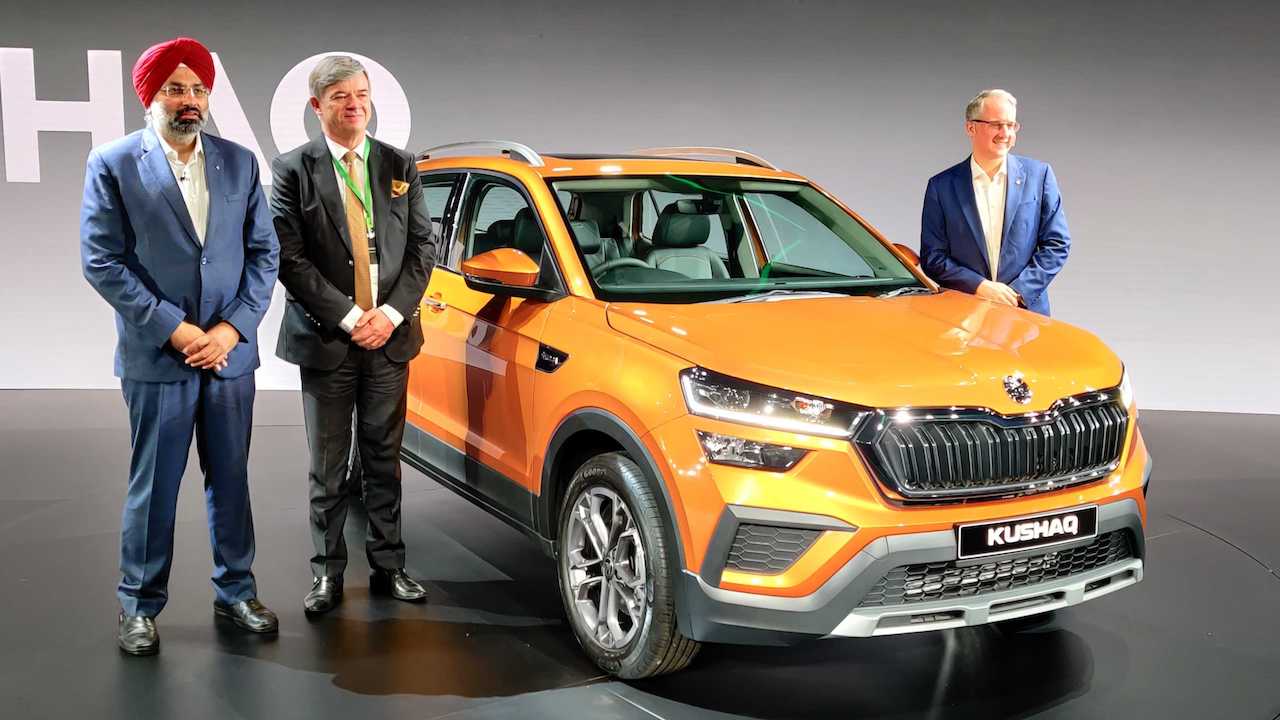 The 2021 Skoda Kushaq SUV has made its world premiere today in Mumbai, giving the world its first look at Skoda’s brand-new midsize SUV for the Indian market. It was previewed in concept form as the Vision IN at the Volkswagen Group Night in Delhi last year, and is the group’s first model to roll out under VW’s ambitious India 2.0 plan. Underpinning the Skoda Kushaq is a tailored-for-India platform, and the midsize SUV is set to go up against formidable rivals such as the Hyundai Creta and Kia Seltos when it is launched in the coming months.

Skoda Kushaq images confirm the production-spec SUV retains most of the Vision IN concept’s design and styling cues, barring some of the excessive show car flourishes. It heavily borrows design elements from bigger Skoda SUVs such as the Karoq and Kodiaq, and has a distinctive face with split LED headlight clusters and the signature Skoda grille. Other notable design elements include crystal-effect LED tail-lights, front and rear skid plates, heavy body cladding, prominent roof rails and chunky alloy wheels. While it understandably isn’t quite as futuristic and minimal as the Vision IN concept’s, the Skoda Kushaq’s interior still has plenty of talking points. Taking centre stage on the dashboard is a 10-inch touchscreen infotainment system, and also present are a digital instruments display and body-coloured trim elements. The dashboard layout itself is somewhat similar to that of its cousin, the Volkswagen Taigun, and the centre console appears to be identical to the VW’s.

With over 90 percent localisation from the get-go, the Skoda Kushaq is expected to be launched at an aggressive price. Expect Skoda Kushaq prices to start at just under Rs 10 lakh (ex-showroom), which will give it the momentum it needs to battle established players in the segment such as the Hyundai Creta and the Kia Seltos.

Latest iPhone 14 Pro leak suggests that the camera is amazing, but it has one major issue- Technology News, FP

Apple is going to delay some iPhone 14 Pro pre-orders that were originally promised for launch day delivery- Technology News, FP