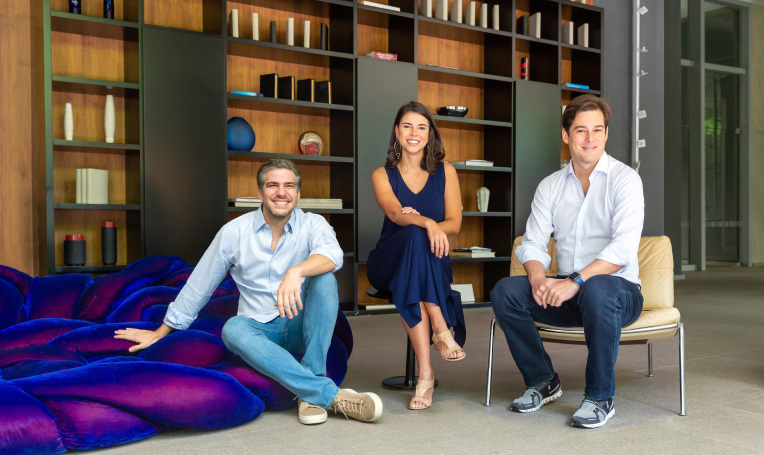 In recent years, the tech and venture scene in Latin America has been growing at an accelerated pace. More global investors are backing startups in the region and certain sectors in particular, such as fintech, are exploding.

Global investors are not only pouring money into companies. They’re also investing in funds.

Volpe Capital plans to invest in about 15 companies over a two and half year time span, according to Maciel, who expects its average check size to be around $5 billion.

So far, it’s backed Uol Edtech, a subsidiary of Grupo Uol that aims to redefine the digital learning experience in Brazil.

“We are in no rush,” Maciel told TC. “We are happy with our first deal and will take capital preservation in consideration. We believe markets are hot now and plan on taking advantage of the cycle by being patient.”

The fund’s strategy is to go after the companies that are not actively raising capital.

“We want to invest in companies that are not necessarily raising capital when we approach them,” Maciel said.

The fund views itself as agnostic regarding stage and primary versus secondary.

It is seeking to back early-stage companies with less than $50 million in valuation as well as some later stage, high growth companies. The fund’s first investment — Uol Edtech — falls in the latter category with EBITDA margins above 30%, according to Maciel.

Volpe plans to avoid capital intensive industries, even if related to tech.

“Those are more suitable to investors with deeper pockets than Volpe,” Maciel said.

Instead it’s eyeing edtech, healthtech, software and fintech investments (that are not credit-related).

“We like sectors that are prone for disruption in Latin America and that require local customization,” Maciel said. “Given the stage of the vc/growth industry in Latin America, we believe it is better to be a generalist.”

SoftBank International CEO Marcelo Claure describes Maciel as one of his “amazing founding partners for SoftBank in Latin America.”

“We are very happy to be one of Volpe’s anchor investors and look forward to continuing our relationship with them,” he added in a written statement.

Another anchor investor has a SoftBank tie. João Vitor Menin, CEO of Inter, a publicly traded fintech platform in Brazil with a market cap of over  $7 billion, points out that Maciel led an investment in Inter’s platform through SoftBank. He also “made valuable contributions” as a board member, according to Menin.

Jio 5G To Launch In Key Cities By Diwali

Optibus taps $100M at a $1.3B valuation for its AI-based mass transit operations platform – TechCrunch

Apply to pitch your startup at the TechCrunch Live Columbus event! – TechCrunch