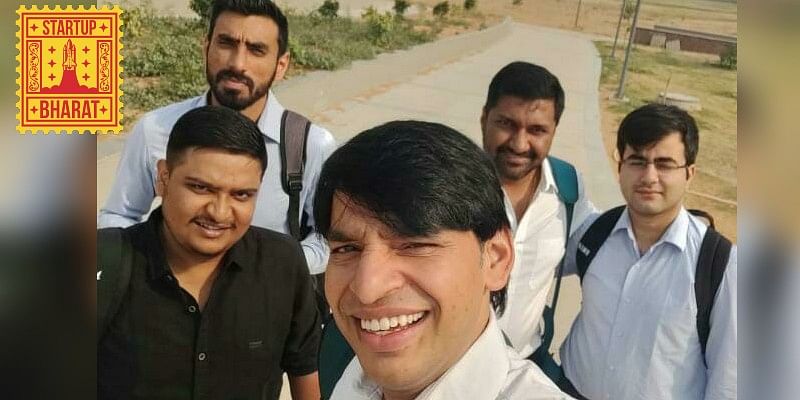 It is not just brands and corporates that make use of technology, and decide to go digital in creative ways to find their target audience, and tap into the right market. Political parties and government organisations across the country have also turned to technology to find their niche. However, the degree of exposure may vary across.

According to Jharkhand-based Utkarsh Ayush, who started an entrepreneurial venture, Digital Minds, in his home state, Jharkhand was severely lagging behind in the use of technology. His company focuses on clients in the political space, especially local MPs and leaders, and helps them with portfolio creation, content, digital platform creation and implementation of a standard operating protocol, geographical data analysis (Vidhan Sabha/Lok Sabha), reputation management, tech training, and technology support at all hierarchies.

“We help political entities set a citizen-centric agenda, and partner with them to conceptualise and implement the most effective methods of taking it to the public and gathering mass support,” says Utkarsh, who is also the CEO of Digital Minds.

“Our aim is to enable people and political leaders at grassroot level to join the next-generation digital transformation ecosystem in Jharkhand,” he adds.

IIM alumni Utkarsh Ayush started Digital Minds Media Services in 2019, and is currently working with four MPs, eight MLAs, and one public figure in Jharkhand. Utkarsh says that owing to legal agreements, he cannot share more details about his clients but does add that his 16-member team of IIT and IIM graduates handle the who’s who of Jharkhand government.

Utkarsh says that since childhood, he has been passionate about politics, and when he graduated from IIM Rohtak in 2019, he never thought of working for someone else. He always knew he wanted to be a job creator in his home state. After graduation, Utkarsh, along with friends who happened to be IIT and IIM alumni, started taking up freelance projects in order to help the government with digital transformation.

In a very short time, they realised there was a big tech gap to be filled when it comes to branding and engaging with local citizens. And this knowledge gave birth to Digital Minds in 2019.

“Over the past few years, Indian politics has seen a trend of managers, engineers and corporate executives managing or working on campaigns. The growing importance of technology, analysis, war room strategies and surveys has resulted in politicians across parties making a beeline for technocrats. I was influenced by this trend, and wanted to create a grassroots impact in Jharkhand’s socio-political ecosystem. I could do this by providing digital transformation services to those leaders who were not very digi-savvy,” says Utkarsh.

Utkarsh says that the company competes with numerous local ventures set up by state-based media professionals under individual capacity. Some of them handle some accounts, but Digital Minds stands out for its end-to-end service and professionalism.

Besides this, there are numerous digital marketing companies in India such as Adweta, Iprospect, CIS, iPrism, Shoot Order, The Nest Big Thing, KWebMaker, 8Views, to name a few. But Utkarsh points out that being locals, he and his team understand the languages and dialects of Jharkhand and connect better at a grassroot level.

According to Utkarsh, the company started seeing growth within six months of its launch, and turned profitable in FY2020 with a turnover of Rs 20 lakh.

“The response has been outstanding, we have 12 accounts being handled in various capacities currently,” he adds.

He notes that the company would need external investors going forward as it plans to work in every constituency in Jharkhand.

“We plan to come up with various books, reports, surveys and polls related to socio-political issues and agenda from various assembly and Lok Sabha constituencies. We also plan to bring out detailed leader performance reports whether he/she is an MP or MLA. Most of the books and reports will be publicly available as the intention is to generate a sense of accountability and create awareness in the political ecosystem,” concludes Utkarsh.

Could this platform be a game-changer in open banking?

Entrepreneurs of Ludhiana ‘open doors to’ share their journey of growth