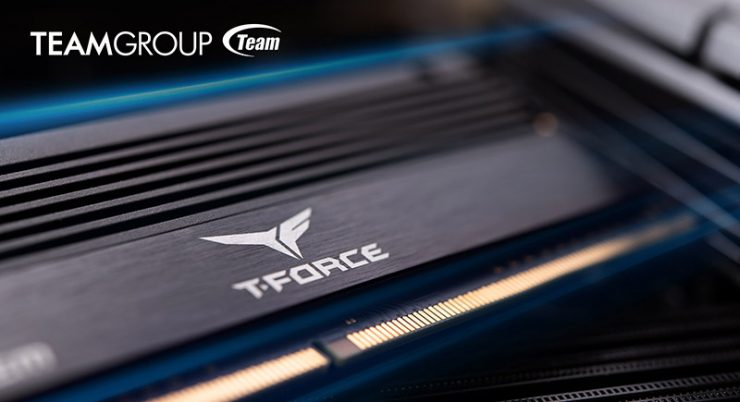 In a press release, T-Force Gaming, the sister brand of Teamgroup, has confirmed that they have developed the first consumer-grade DDR5 memory modules with overclocking support. News on DDR5 is heating up as we approach the launch of the first-generation platforms from both Intel & AMD that will support DDR5 memory modules later this year.

T-Force confirmed that after completing validation of standard DDR5 U-DIMM & SO-DIMMs, it is now targeting the mainstream consumer desktop platform. The company now confirmed the development of DDR5 memory modules with overclocking support. According to T-Force, they shipped out the first samples to major motherboard partners such as Gigabyte, MSI, ASRock, & ASUS for validation on their upcoming products.

T-Force also states that DDR5 memory has far greater room for voltage adjustment when it comes to overclocking support. This is primarily due to the upgraded power management ICs (PMIC) that allows for voltages over 2.6V. It is also detailed that existing DDR4 memory modules handled their voltage conversion through the motherboard but that changes with DDR5. The components that are required for the voltage conversion are now moved over to the memory DIMM itself, reducing voltage wear and noise generation while simultaneously offering increased room for overclocking.

Did you miss our previous article…
https://businessleadstraffic.com/2021/03/26/nvidia-geforce-rtx-3070-ti-will-have-8gb-and-16gb-gddr6x-variants/

How to Use a Marketing Gantt Chart (with Free Template Download)

‘In just one year, the number of unicorns has increased by 65 percent’ – 25 quotes on the India business opportunity

This startup aims to become ‘the Stripe of blockchain’ by simplifying development of decentralised apps, relaying millions of transactions