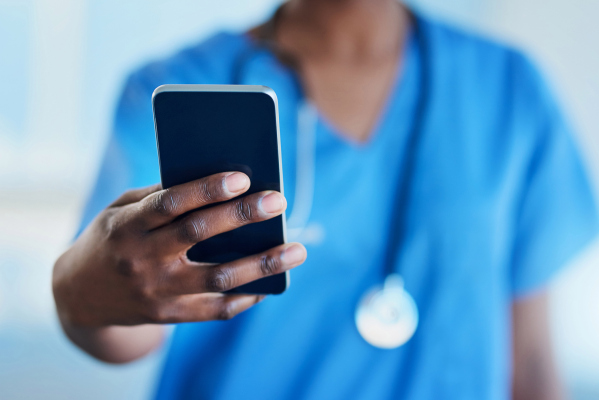 Telemedicine, in its original form of the phone call, has been around for decades. For people in remote or rural areas without easy access to in-person care, consulting a doctor over the phone has often been the go-to approach. But for a large swath of the world used to taking half a day off work just for a 15-30 minute doctor’s appointment, it may seem like telemedicine was invented only last year. That’s mostly because it wasn’t until 2020 that telemedicine, in its myriad forms, debuted into the mainstream consciousness.

It’s impossible to predict how healthcare institutions will operate post-pandemic, but with so many people now accustomed to telemedicine, startups that provide services around virtual care continue to be poised for success.

Telemedicine has faced an uphill battle to become more relevant in the U.S., with challenges such as meeting HIPPA compliance requirements and insurance companies unwilling to pay for virtual visits. But when COVID-19 began raging across the globe and people had to stay home, both the insurance and healthcare industries were forced to adapt.

“It’s been said that there are decades where nothing happens, and then there are weeks when decades happen,” said StartUp Health co-founders Steven Krein and Unity Stoakes in the company’s 2020 year-end report. That statement couldn’t be truer for telemedicine: Around $3.1 billion in funding flowed into the sector in 2020 — about three times what we saw in 2019, according to the report. A health tech fund and insights company, StartUp Health counts Alphabet, Sequoia and Andreessen Horowitz as some of its co-investors.

Now that people see the benefits and conveniences of “dialing a doc” from the kitchen table, healthcare has changed forever. It’s impossible to predict how healthcare institutions will operate post-pandemic, but with so many people now accustomed to telemedicine, startups that provide services around virtual care continue to be poised for success.

The state of telemedicine

Major players in the field now look at the state of healthcare as, “before COVID and after COVID,” Stoakes told Extra Crunch. “In the post-pandemic world, there’s a significant transformation that’s occurred,” he said. “It’s all accelerated; the customers have shown up. There’s more capital than ever and consumers and physicians have adapted quickly,” he added.

In the U.S., healthcare is first and foremost a business, so while there are treatment approaches that have long been proven to improve patient outcomes, if they didn’t make sense financially, they weren’t instituted at scale. Telemedicine is a great example of this.

A 2017 study by the American Journal of Accountable Care showed that telemedicine can be quite useful for managing healthcare. “The use of telemedicine has been shown to allow for better long-term care management and patient satisfaction; it also offers a new means to locate health information and communicate with practitioners (e.g., via e-mail and interactive chats or video conferences), thereby increasing convenience for the patient and reducing the amount of potential travel required for both physician and patient,” the study reads.

But as we’ve seen, it took a global healthcare emergency to drive widespread adoption of virtual healthcare in the U.S. Now that investors recognize the potential, they are increasingly pouring money into startups that promise to take telemedicine to the next level. Some of the investors backing these newer companies include StartUp Health, Andreessen Horowitz, Sequoia, Alphabet, Kaiser Permanente Ventures, U.S. Venture Partners, Maveron, First Round Capital, DreamIt Ventures, Human Ventures and Tusk Venture Partners.

The Concept of Inbound Marketing Online