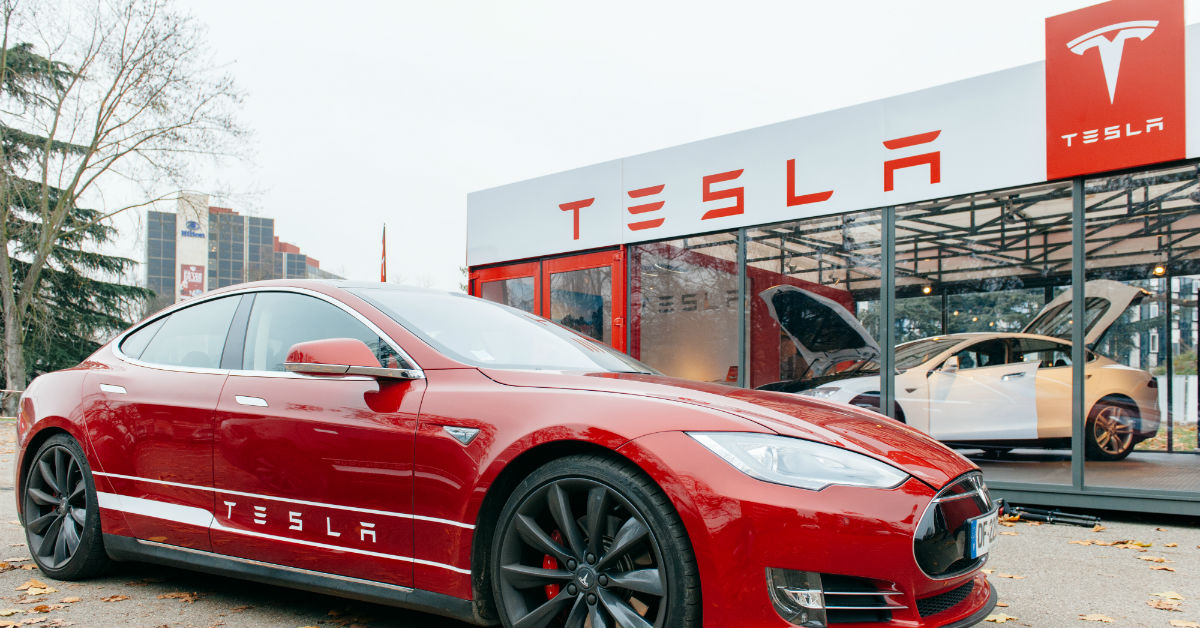 Tesla formally entered India last month by registering as an entity in Karnataka’s capital city Bengaluru, where it has set up a research and development unit

Will Elon Musk’s mega-company end up fuelling the next phase of electric mobility in India?

The revelation came not from the company, but from Karnataka Chief Minister BS Yediyurappa, as he made a statement appreciating the Union Budget 2021. The CM also said that an industrial corridor will be set up in the Tumkur district, neighbouring the state’s capital city of Bengaluru, at a cost of INR 7,725 Cr.

Tesla formally entered India last month by registering as an entity in Bengaluru, where it has set up a research and development (R&D) unit.

While many observers have raised doubts about the addressable market for Tesla in India, given that the company’s electric cars have exorbitant price tags in comparison to the competition. Tesla top-selling Model 3 costs $37,990 – $54,990 (INR 28 Lakh to INR 40 Lakh) and is expected to be launched in the Indian market for $95,496 (INR 70 Lakh). Will Elon Musk’s mega-company end up fuelling the next phase of electric mobility in India?

India has set tall targets for transitioning to EVs in the future. The NITI Aayog, the government’s policy think-tank, has set targets of 70% of all commercial cars, 30% of private cars, 40% of buses, and 80% of two-wheeler and three-wheeler sales in 2030 to be of EVs.

However, the pricing of EVs in India remains a major point of concern in realising these targets. According to reports, just 8,000 electric cars were sold in India between 2014 and 2020. The chief reason for this shortfall in sales is because the cost of an electric car is way higher than that of one with an internal combustion engine (ICE).

According to a BloombergNEF study, most passenger vehicles that are sold in India cost around $8K (INR 5.6 lakh) or less. The study also found that EVs in India will not be able to match the prices of ICE-powered cars until the 2030s.

The price of an EV also goes up because their batteries or their components aren’t manufactured locally and have to be procured from outside India. There is also the matter of EVs not being as ‘green’ and ‘eco-friendly’ as they are purported to be. The reason is that developing countries such as India still largely generate electricity from non-renewable sources such as coal and fossil fuels. So more EVs on the road would mean that the demand for electricity would grow, resulting in more burning of fossil fuels.

Environmental experts have said that the transition to EVs should be preceded by a much-bigger transition to cleaner sources of electricity, and focus on preparing the infrastructure for the segment.

It remains to be seen whether Tesla’s EV manufacturing in India will drive India’s efforts in this direction.

Everything That You Should Know About Ride Share Insurance