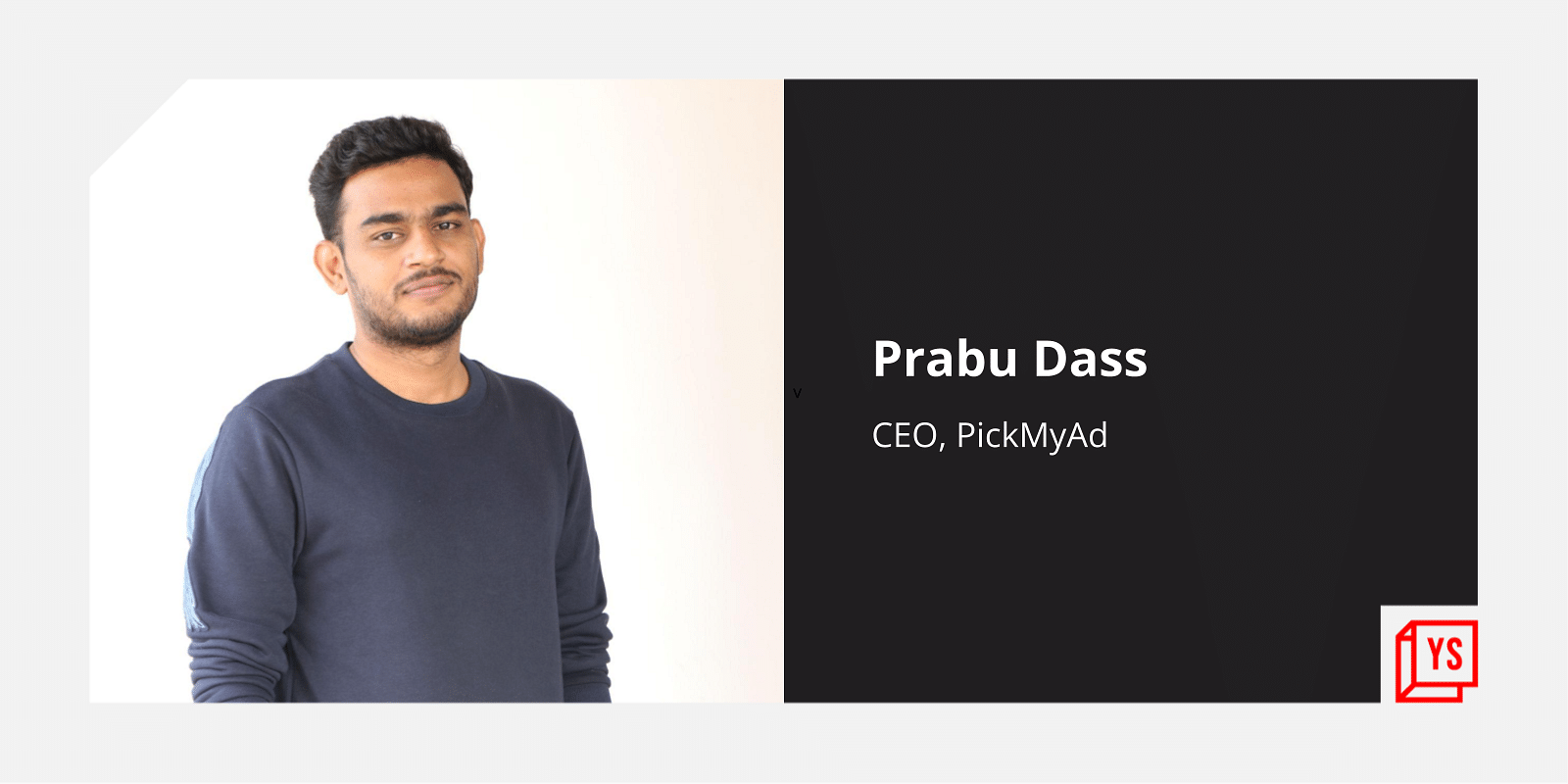 While the pandemic induced lockdown was a great disruptor for many existing businesses, it also led to the birth of new hobbies and business ideas.

Friends since 2007, Prabu Dass, Sivakumar Selvaraj, Arun Pious and Aruljothi Kuppusamy decided to open a YouTube channel as a hobby amid the lockdown.

Pursuing the need to do something different and after several brainstorming sessions, the friends decided to take the Tamil phrase “Maathi Yosi” – meaning to think differently/think out of the box – as a motivation factor that brought them to ideate ﻿PickMyAd﻿.

According to Influncer Marketing Hub, the the global influencer market is expected to grow $16.4 billion in 2022 from $13.8 billion in 2021.

“We noticed the changes and trends in influencer marketing,” Prabu Dass, CEO and Co-founder of PickMyAd, tells YourStory. “At The same time, there was an increase in scam complaints from the brands of being cheated by the influencer and vice versa.”

This was all the spark the founders needed.

Jumping into the all-new space, the founders identified several companies that were trying to build marketing platforms to work on campaigns. The idea was to stand out and also speed up the process – from the brand requirement to getting the right kind of influencer.

In June 2020, they founded Chennai-based PickMyAd – an influencer marketing platform where brands can book influencers to promote their business.

PickMyAd focuses on YouTube Influencers, with plans to add Instagram in the near future. The startup has created a platform where influencers and brands can register themselves. Those registered undergo a verification process from the company.

After the registration, the brand can then book an influencer based on the YouTube time slots available, which would be provided by the influencer in their profile. The startup charges a 10 percent commission from the influencer and brand each – a total of 20 percent.

“We are trying to remove the hurdle for influencers where they are bombarded with requests,” explains Prabu.

Influencers registered on PickMyAd are provided with a public profile URL, which is then shared on their channel and can be used as their point of contact.

“From the brand perspective, we ensure to protect their money. We kind of act as an escrow between the brand and the influencer. We aim to protect both,” he adds.

The company is working with 37 brands from Tamil Nadu such as Jinglebid, Ippopay, Giottus, 1hr Bazar, Podhini Diary, and Veg Route to name a few.

The startup is a 16-member company, with six in the tech team, including the CTO Aruljothi. The founders completed their undergraduate studies in computer applications from Trichy.

Prabu and Aruljothi were part of the founding team of Calibraint Technologies for six years before starting PickMyAd.

COO Sivakumar joined them and they together founded Amwhiz Media, a software development and digital marketing company.

Arun, Chief Strategy- Marketing at PickMyAd, was with Lynk Logistics for five years before he joined the other founders.

The Chennai-based startup has raised Rs 20 lakh from Start-up India Seed Fund – out of which it has received Rs 8 lakh. It is also being mentored by Suresh Sambandam, CEO of KissFlow, a SaaS company. The company also has a strategic investor, Justin Beaudin, who is the CTO and Head of Media Operations of VUBIQUITY.

Though the startup was founded in June 2020, it launched its platform only in January 2022. From 2020 to 2022, it had been working on its platform which overcame multiple obstacles – first from the pandemic that forced them to work remotely and then re-building the platform according to the changing needs and demands, explains Prabhu.

The startup has onboarded over 900 influencers and has facilitated over 30 deals. As of now, the company is focusing on Tamil Nadu.

It addresses a TAM (total addressable market) of $15 billion, with an estimated 37 million influencers. Prabu explains that even if the company’s serviceable addressable market is 1 million and with an average transaction value of $1,000. It would have a potential revenue of $9.6 billion.

Though the company’s current focus is Tamil Nadu, it does have plans to venture into other states.

“We have already started with Telugu influencers, and by the end of this year, we will be expanding pan India,” says Prabu.

“Financially, we are limited. We can not expand right away so we want to make some good success stories and then plan for an expansion,” he adds. “We also want to make sure that our system is stable enough before we venture out.”

The startup is also planning to bring new features to its platform to enable a much easier and more attractive platform for influencers and brands.

Nykaa to slow down hiring, records marginal growth in PAT

Swiggy Dineout in a pickle as big brand restaurants log out

Creating a welcoming and inclusive workplace

A marketplace for LGBTQ+ entrepreneurs