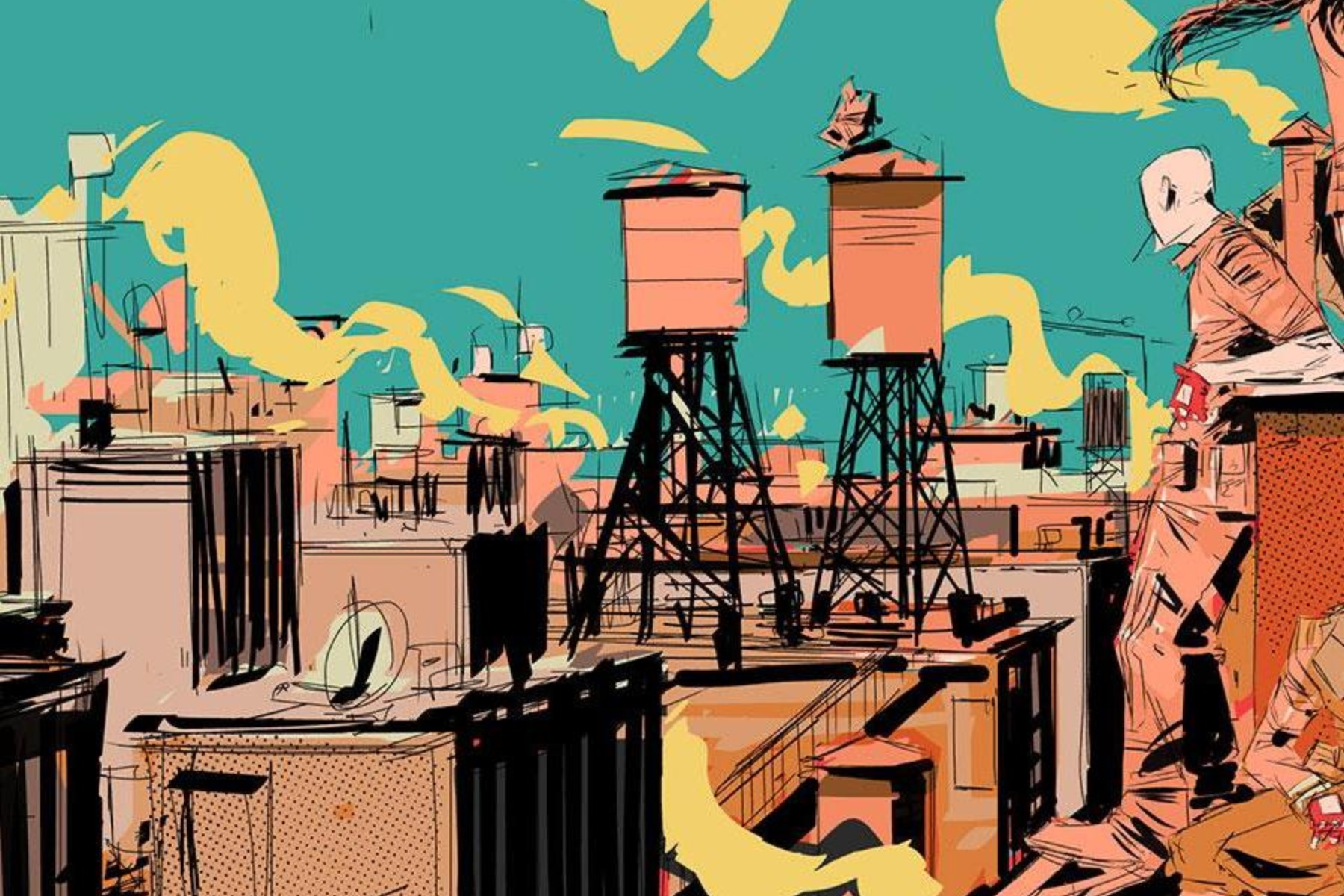 At present, we are at a crossroads. Behind us is a world we call Industrial Age with relatively linear growth. Ahead of us is an exponential change driven by AI and blockchain, a world we call Exponential Age.

The last time we went through such a dramatic shift was around 1890 to 1920, when we laid the infrastructure for the modern world.

Our world is again at the edge of transforming, and many of us don’t know what to expect. If the said period is anything to go by, society will look completely different in the next decade or two.

When we talk about innovation, it is pretty common to talk about the same few topics. Subjects like trillion-dollar tech firms or large-scale projects such as Bitcoin get massive media attention.

But, today, we will discuss hidden innovations and changes that others often overlook. The innovations that no one is talking about today. However, everyone will know in the next ten years.

In this article, we will widely look into three of these innovations ranging across several domains;

We will talk about what makes them unique and highlight lucrative opportunities for businesses to monetize on the trends these innovators are starting.

Below are a few of the forces molding the change.

Today, more devices demand to connect to the internet. It is no longer limited to laptops and phones but also home security systems, laundry machines, thermostats, and more.

As sensors become more affordable, there are projections that the IoT, Internet of Things industry will nearly double in value from 800 billion USD in 2018 to more than 1.4 trillion USD by the end of 2021 (1).

There is a problem, though. Our modern infrastructure is not capable of catering these services well. For internet connections, many of us currently rely on:

Helium Network (2) is working towards solving both of these by building a low-cost decentralized internet hot spots network owned by the people and operated on a blockchain model.

Hot spot owners purchase a Helium-compatible hotspot device, plug it, and add it to the Helium network. They use a blockchain model to prove a stable and strong connection offering cryptocurrency rewards.

Data users who require an internet connection can then connect to Helium hot spots that could be miles away, paying for usage in cryptocurrency.

It is especially a big deal since no one ‘owns’ the internet as of today. Instead, a handful of large providers such as At&T, Comcast, and Verizon gate access with their expensive networks, allowing users to connect.

Helium decentralizes it, taking users from a few large providers to thousands of small ones working in tandem.

The Helium Network is strong in North America, Europe, and parts of Asia.

There are already more than 26k Helium hot sports in service, mostly in the United States and Europe.

The system currently only transfers small amounts of data (3), similar to the system weather stations use. It means that users wouldn’t use it as a replacement for their home internet connection.

However, in the project’s white paper (4), the Helium team states that they may eventually use the same concept to 5G, Wi-Fi, cellular coverage, and Bluetooth, radically transforming the way we connect.

There are two lucrative opportunities related to Helium for those eying the market;

Owners of the hot spot are called miners and are rewarded in $HNT, Helium tokens. The amount of tokens a miner can make varies as per the size of the Helium network in their area. Currently, the average miner earns about 5 $HNT per day, or about 100 to 150 a month (5).

By zooming in on the coverage map, one can check the productivity of any hot spot in the network to get an outlook of what the opportunity looks like in the area (7).

If one owns multiple properties in the same area, a Helium hot spot in each could offset the cost of the mortgages. If one doesn’t own property, one can also collaborate with local business owners or Airbnb hosts to set up Helium rigs in their buildings for a monthly output portion.

According to Keywords Everywhere, there has also been a surge in consumer interest, with more people searching Google for terms such as:

One can also create an info website that answers common questions regarding miners and help them find the tool they require. One can couple it with a paid community or newsletter about the future of decentralized infrastructure to grow revenue.

Others to Keep an Eye On

Other two companies also use blockchain to decentralize outside of finance; Ocean Protocol and Filecoin.

Our world runs on sensitive data, most of which belongs to a handful of tech behemoths like Facebook and Google. Ocean Protocol is creating tools to make it easier and more secure for these corporations or individuals to share and even sell access to their data without losing control over it (8).

We have started taking cloud storage for granted, often without realizing that only a handful of storage providers control much of the globe’s access to stored files. Filecoin is decentralizing it, which will bring the prices down for cloud storage, making them more robust, and less prone to failure (9).

Today, one of the most significant problems our supply chain is facing is that several of our chemicals are petroleum-based, which comes at a massive environmental cost.

For instance, Ethylene is a crucial component in making plastic. In 2015, the ethylene cracking sector dumped more than 184 million metric tons of carbon dioxide into the air (10), equivalent to about 45 million passenger cars.

According to Joshua Hoffman, Chief Officer of Zymergen (11), we can change the scenario by looking to a new manufacturing source, microbes. In a 2016 talk at the Near Future Summit, Hoffman stated that,

“The Micro-Organisms are the most precise chemical factory on the planet.”

Microbes or single-celled organisms can produce the same chemicals we make in factories without much of the environmental challenges.

For example, we manufacture nitrogen fertilizers in factories with massive amounts of pressure and heat to take nitrogen out of the atmosphere and transform it into structure plants can use. On the other hand, microbes can do the same thing naturally for millions of years.

According to Hoffman, “microbes can make two to three times as many different chemicals; why don’t we use it?”

HYALINE Z2, their proprietary material, for example, is made using microbes. It is stronger and more transparent than conventional polymer films, making them ideal for camera lenses, touch screens, and other electric applications.

Zymergen calls the process ‘Biofacturing’ (12). It looks something like this:

As Zymergen claims, their process can bring new material to the market in half the time, at 1/10 the cost, without toxic chemicals, massive energy needs, or expensive infrastructure.

The company has recently filed an IPO, and their S-1 (13) indicates a few interesting opportunities:

According to Zymergen’s S-1, it takes them about five years and more than 50 million USD to bring new material to market. Once rolled out, it takes another six to eighteen months for manufacturers to vet the material before incorporating it into their manufacturing process.

It means Zymergen goes about 5 to 7 years without making any revenue from a project.

At present, their inside sales team is responsible for getting new accounts. However, those with deep connections in the manufacturing industry may find a lucrative opportunity to play matchmaker. Greasing the sale wheels by connecting Zymergen with new clients.

Zymergen’s product roadmap also indicates interesting near-term opportunities in the consumer market. According to their survey of more than 9k people globally, they found high demand for natural pest repellent. Consequently, they are making both natural pest sprays and sunscreens.

Once the coronavirus vaccine starts rolling out and social interaction returns to normal, one can imagine how the demand for these will continue to surge. As per Keywords Everywhere, people are already searching for:

Others to Keep an Eye On

The secret to Zymergen’s success is their use of Artificial Intelligence, which enables them to test far more possible solutions than they could with human bench chemists alone.

Another company using a similar approach is LabGenius (14). It combines robotics and AI to scale drug research and discovery.

The Next IBM? PsiQuantum, Quantum Computing

One major area of research is quantum computing when we underpin all these technological advancements and their needs for more powerful computers.

Explaining simply: the most basic thing when we need to understand quantum computers is that they solve the same problems as conventional computers. However, they are much faster.

For instance, in 2019, Google’s quantum research team solved a pattern recognition issue in about 200 seconds, about three minutes, that would have taken a traditional computer more than 10k years (15).

These advancements in computing power help us solve more complex real-life issues in everything from environmental planning to cryptology and more.

In short, Quantum Computers are much faster than even our best conventional computers.

However, the quantum computing industry has a significant issue.

Most of the machines we are building today rely on new, innovative parts that we can’t manufacture at scale yet.

PsiQuantum, a Silicon Valley startup with more than 215 million USD in funding, took a different approach, paying off big (16).

While other companies are starting with a quantum computer and trying to make it scale, PsiQuantum has started with the current manufacturing method and ‘figured out how to make it quantum.’

They engineered a quantum computer that uses all standard parts and can be made using the available assembly lines of the globe’s major chip manufacturers.

In 2020, PsiQuantum collaborated with Global Foundries, one of the three largest chip manufacturers globally. It already has a growing list of clients in the automotive, aerospace, financial, and pharmaceutical industries, making the promise of widespread quantum computers more solid than ever before.

Jeremy O’Brien, one of the founders of PsiQuantum, told Investment Monitor that they had made a pretty contrarian risk relative to the rest of the industry (17).

Quantum computing is new and stands to provide such an advantage that it will be in the minds of every major government, business, and organization in the coming years.

As with all new technologies, two major factors (18) are slowing its adoption:

One can develop consulting services that help businesses understand the advantages of quantum computing and what software or hardware they may require. Or one can also create specialized job boards or talent-matching platforms that match them with freelancers in the industry.

There is also an opportunity to help train new talents. According to Keywords Everywhere, there are already more than 2.4 searches a month for ‘quantum computing course’ on Google.

While educational institutes have started to encourage new students to enter this area, according to Crypto News (19), there is an untapped need for retraining programs targeted at mid-career developers who wish to pivot.

Rucha Joshi is fueled by her passion for creative writing. She is eager to turn information into action. With her hunger for knowledge, she considers herself a forever student. She’s currently working as a content writer and is always interested in a challenge.

In the race for tech talent, the US should look to Mexico – TechCrunch