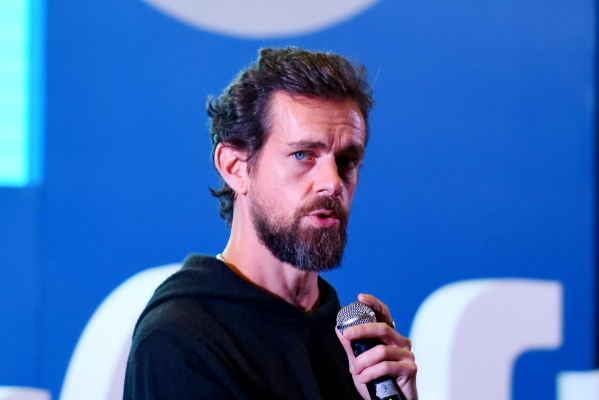 Twitter said on Wednesday it has taken action on more than 500 accounts and reduced visibility of some hashtags in India to comply with “several” orders from the Indian government after New Delhi threatened legal action against executives with the American social network.

Twitter had suspended hundreds of Twitter accounts, several with links to farmers’ protests on agricultural reforms, at the request of New Delhi early last week, but then reversed its decision within hours citing users’ freedom of speech. The company said on Wednesday that it was re-suspending most of those accounts, in some cases, permanently, and preventing certain terms from appearing in the Trends section.

The company said Twitter handles are only being blocked in India and will remain visible outside of the country as it believes orders by the Indian government are inconsistent with local law. It also said that no accounts belonging to news media entities, journalists, activists or politicians were taken down. “To do so, we believe, would violate their fundamental right to free expression under Indian law. We informed MeitY [Ministry of Electronics and Information Technology] of our enforcement actions today,” it said.

“Out of these, two were emergency blocking orders that we temporarily complied with but subsequently restored access to the content in a manner that we believe was consistent with Indian law. After we communicated this to MeitY, we were served with a non-compliance notice,” the San Francisco-headquartered firm added.

Millions of farmers have been protesting New Delhi’s new laws for more than two months. Twitter, which reaches more than 75 million users through its apps in India, has emerged as the single-most important online forum for people seeking to voice their opinion on this subject.

Singer Rihanna, who has more followers on Twitter than any Indian actor or politician, tweeted a CNN news story last week about the protests and asked “why aren’t we talking about this!?” The Indian government maintains that the new laws are aimed at helping farmers and consumers by streamlining the agricultural supply chain. New Delhi also temporarily shut internet services near the protests in and around the national capital last month.

WH @PressSec refers to State on Indian govt cutting Internet around #FarmersProtests but adds: “We always have concerns about crackdowns on freedom of speech, freedom of expression, happening around the world, when it doesn’t allow people to communicate and peacefully protest.”

Several users had also tweeted using the hashtag #modiplanningfarmersgenocide that were aimed at New Delhi’s agriculture reforms. The company said several accounts and hashtags violated the Twitter Rules, particularly inciting violence, abuse, wishes of harm and threats that could trigger the risk of offline harm.

A Twitter spokesperson told TC that hashtags that were merely supporting farmers or their protests have not been restricted.

In one of its orders to Twitter earlier this month, India had expressed concerns that many users were sharing false and intimidating statements and provocative messages. During its brief period of compliance with the order last week, Twitter had suspended handles of several high-profile accounts, such as The Caravan (a news outlet that conducts investigative journalism), political commentator Sanjukta Basu, activist Hansraj Meena, actor Sushant Singh, Shashi Shekhar Vempati, chief executive of state-run broadcasting agency Prasar Bharti and at least two politicians with Aam Aadmi Party — Preeti Sharma Menon and Jarnail Singh — that governs the National Capital Territory of Delhi.

After Twitter lifted the block, New Delhi issued a more serious warning to Twitter and its executives, citing the nation’s Section 69A, which allows “punishment with an imprisonment for a term which may extend to seven years and shall also be liable to fines.” New Delhi said that Twitter cannot “assume the role of a court and justify non-compliance” in India.

“We will continue to advocate for the right of free expression on behalf of the people we serve and are actively exploring options under Indian law — both for Twitter and for the accounts that have been impacted. We remain committed to safeguarding the health of the conversation occurring on Twitter, and strongly believe that the Tweets should flow,” the company said today.

According to a press release issued by New Delhi Wednesday evening, the Secretary “reminded Twitter about the action taken by Twitter during the Capitol Hill episode in the USA and compared that with the disturbance in Red Fort in India and its aftermath. He expressed dissatisfaction over Twitter’s differential treatment in the two incidents. A deep sense of disappointment at seeing Twitter side not with ‘freedom of expression’ but rather with those who seek to abuse such freedom and provoke disturbance to public order, was conveyed to the Twitter representative.”

The Secretary also expressed concerns over alleged misuse of Twitter to create campaigns that were “designed to create disharmony and unrest in India.” The ministry said this was “unacceptable and Twitter must take strong action against such well-coordinated campaigns against India, through compliance with the applicable law of the land.”

“Due to India’s conducive business environment, open Internet and firm commitment to the freedom of expression Twitter as a platform has grown significantly in India in last few years. Twitter, as a business entity working in India, must also respect the Indian laws and democratic institutions. Twitter is free to formulate its own rules and guidelines, like any other business entity does, but Indian laws which are enacted by the Parliament of India must be followed irrespective of Twitter’s own rules and guidelines,” the statement adds.

“Lawfully passed orders are binding on any business entity. They must be obeyed immediately. If they are executed days later, it becomes meaningless. Secretary expressed his deep disappointment to Twitter leadership about the manner in which Twitter has unwillingly, grudgingly and with great delay complied with the substantial parts of the order. He took this opportunity to remind Twitter that in India, its Constitution and laws are supreme. It is expected that responsible entities not only reaffirm but remain committed to compliance to the law of land. The Govt. conveyed to the Twitter leadership that the manner in which Twitter officially allows fake, unverified, anonymous and automated bot accounts to be operated on its platform, raises doubts about its commitment to transparency and healthy conversation on this platform,” the press note added.

Bloating, tiredness, abdominal cramps are the most common menstrual symptoms, as per Apple’s Women Health Study