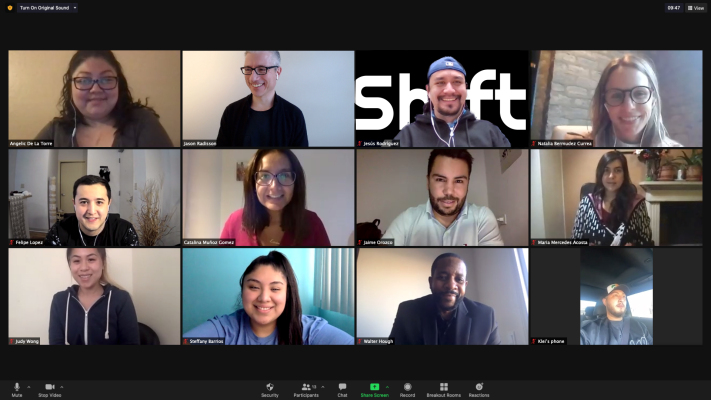 After working as a general manager for Uber in Nevada, Jason Radisson realized the need for a way to connect blue-collar workers to companies looking to employ them.

So in late 2018, the idea for Shift One — a marketplace aimed at pairing workers and employers — was born. The startup is focused on last-mile logistics and delivery, e-commerce fulfillment and large-scale event management.

Since formally launching in 2019, Shift One has grown to have 25,000 workers on its platform — many of whom it says were unemployed at the time of hire. And it has about 50 clients in the U.S. and Colombia, including Amazon, NASCAR, Weee!, Mensajeros Urbanos and the Consumer Electronics Show (CES).

It matches employers with workers, and also helps them with tasks such as time, taxes, attendance, productivity and work-order management.

To help it grow and further expand its reach, Shift One just raised a $5.2 million seed round led by City Light Capital, with participation from K50 Ventures, Ventura Investments and Human Ventures, as well as Tinder co-founder Justin Mateen’s JAM fund and angel Felipe Villamarin.

On the operations side, all of Shift One’s original team either worked for Uber or Lyft, according to founder and CEO Radisson. The early technical team were all previously Uber employees.

Radisson says the impetus behind starting the company was the desire “to correct and improve some of the things in Gig 1.0.”

“We wanted it to be more balanced for workers, and break some negative flywheels where people were cycling through a lot of logistics jobs and not getting paid well,” he told TC. “We wanted to give them stability.”

At the same time, Radisson said, he knew that companies on the logistics side were struggling to find good workers. Shift One works with a range of skill levels, from entry-level employees to supervisors and warehouse managers.

Knowing that many logistics workers are used to working as contract employees with no benefits, Shift One gives all the workers on its platform full benefits with “low contributions” from the first day of hire. It also provides them with checking accounts and debit cards.

“A lot of these workers are unbanked and didn’t have the ability to even get a paycheck,” Radisson said.

It also aims to give them “full schedules” and have them work on whole teams as much as possible.

“It’s part of our value prop that our teams are cohesive and really high functioning,” he added.

Until now, San Francisco-based Shift One has been bootstrapped. It is “slightly” profitable and has been re-investing that money into growing the business. It saw its revenue climb by tenfold in 2020 from an admittedly “small base.” The startup has offices in Las Vegas, Minneapolis, Bogotá and Bucharest.

Looking ahead, it plans to use its new capital to expand into new markets (it’s currently operating in about 12 states), boost its headcount of 20 and accelerate its tech roadmap.

JAM Fund principal and Tinder co-founder Mateen believes Shift One is turning the labor problem of “adverse selection” on its head.

“Gig work has been defined by seasonality and availability — neither are particularly good for workers,” he said.

Even Miami Mayor Francis Suarez has thoughts, pointing out that blue-collar jobs have been among the hardest hit by COVID-19.

With Shift One, “workers receive fairly compensated jobs with the opportunity to grow and develop,” he said in a written statement. “Companies get access to a steady, predictable source of high-quality labor. And Miami benefits from the virtuous circle of higher employment and strong local businesses.”

Movers And Shakers Of The Week [February 15

5 Times You Can Defer Responsibility for a Car Accident