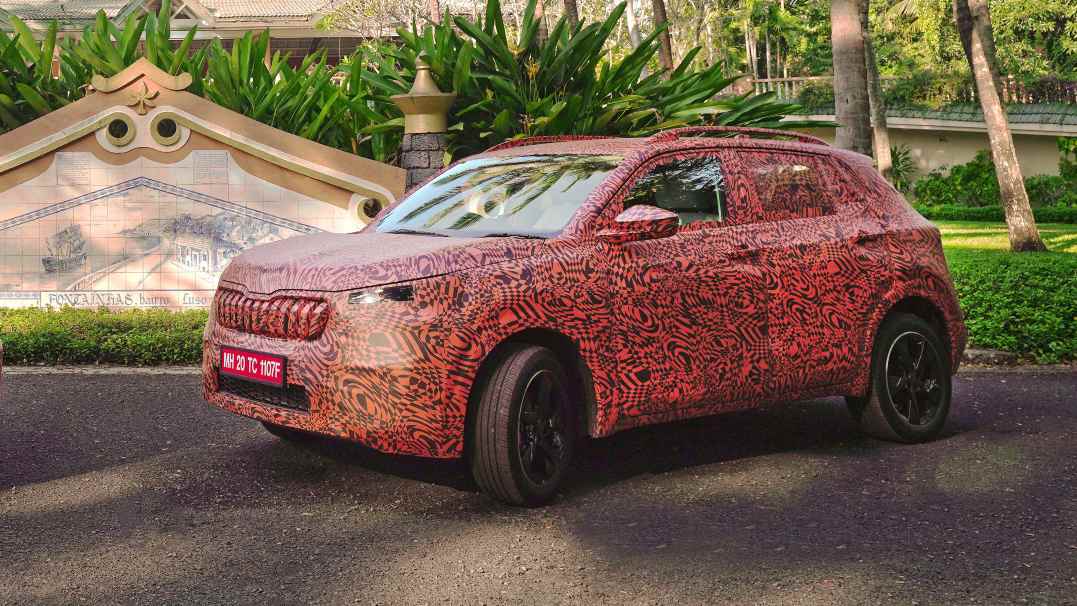 The Skoda Kushaq is arguably one of the biggest, most important launches of 2021. On its broad, chiseled shoulders ride the lofty expectations of the Volkswagen Group, as the Kushaq is the first model to be rolled out under the brand’s expansive India 2.0 plan. The Kushaq has its work cut out, as it is poised to enter one of the most fiercely-contested segments in the Indian passenger vehicle market – the midsize SUV space. Ahead of its unveil later today, here’s what you can expect from Skoda’s rival to the Hyundai Creta and Kia Seltos. The production-spec Skoda Kushaq will retain most of the Vision IN concept’s design. Image: Skoda

The Kushaq is based on the Volkswagen Group’s tailored-for-India MQB A0 IN platform, which is designed to accommodate up to 95 percent local content and will also form the base for the Taigun, as well as Skoda and Volkswagen’s new sedans, which are due at the end of this year. While overall dimensions for the Kushaq haven’t been revealed yet, Skoda has said the SUV has a wheelbase of 2,651mm, which is 41mm longer than that of the king of India’s midsize SUV space, the Hyundai Creta. A longer wheelbase should translate into a roomier cabin for the Kushaq.

While it isn’t quite as futuristic and minimalistic as the Vision IN concept’s, the Skoda Kushaq’s interior will still draw plenty of attention. Taking pride of place on the dashboard is a 10-inch touchscreen infotainment system, and also present are a digital instruments display and body-coloured trim elements. The dashboard layout itself is somewhat similar to that of its cousin, the Volkswagen Taigun, and the centre console appears to be identical to that of the VW. 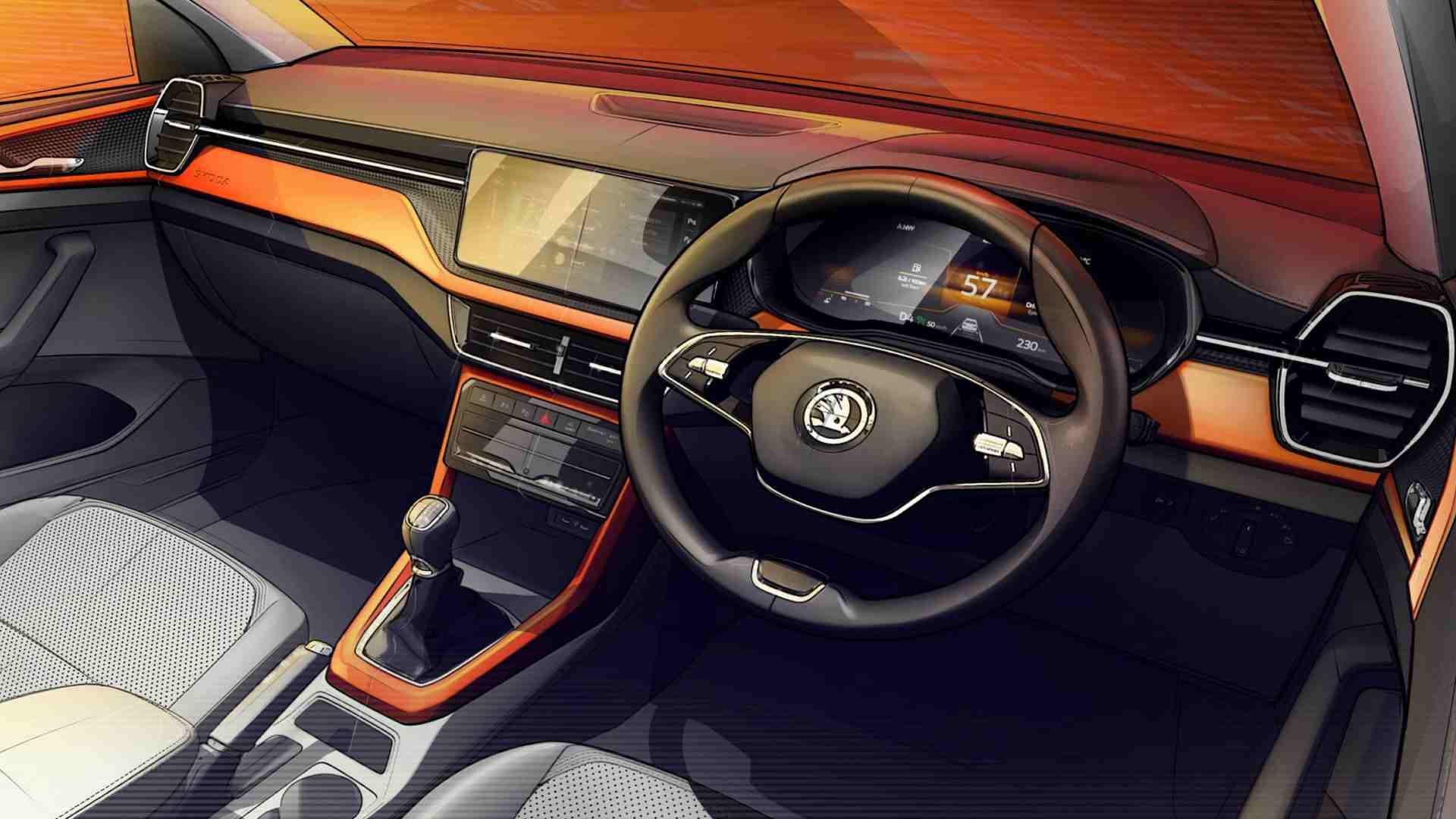 The Skoda Kushaq gets a twin-screen setup on the inside. Image: Skoda

Skoda has also confirmed the Kushaq will come with two turbo-petrol engine options – a 1.0-litre, three-cylinder unit making 110 hp, and a 1.5-litre, three-cylinder engine putting out 150 hp. A six-speed manual will be standard for both engines, but the 1.0-litre version will also be available with a six-speed torque-convertor automatic, while the 1.5-litre model will get the option of a seven-speed dual-clutch automatic (DSG). Those looking for a diesel SUV will be disappointed, because the Kushaq will not be offered with a diesel engine option.

Featuring over 90 percent of local content from the get-go, the Skoda Kushaq is expected to have an aggressive price tag. Expect Skoda Kushaq prices to start just under Rs 10 lakh (ex-showroom), which will give it the momentum it needs to battle established players in the segment such as the Hyundai Creta and the Kia Seltos, when the Kushaq is launched by June 2021.

Watch the unveil of the Skoda Kushaq LIVE

You can follow all the updates from the Skoda Kushaq unveil today at this link. And in case you cannot tune in, make sure you check Tech2.com for the live blog, which will provide blow-by-blow updates straight from the world premiere!

Don’t like how Gmail’s new version looks? Here’s how to switch back to the old view- Technology News, FP