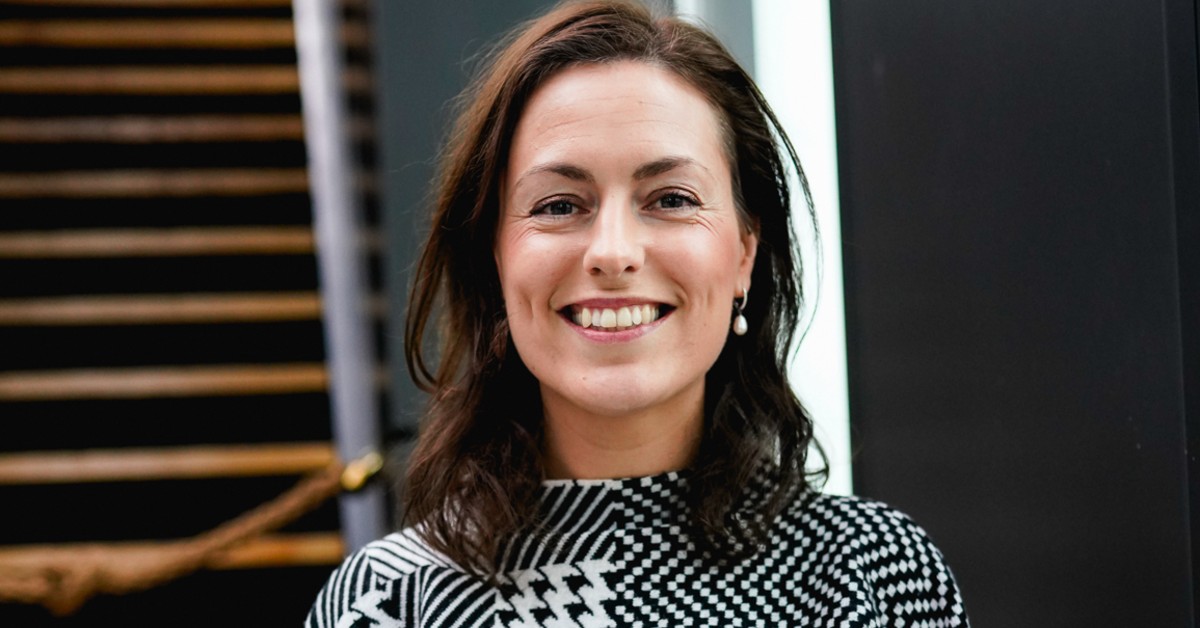 Recognising the existence of a problem is usually the first step to solving it. That’s exactly what the City of Amsterdam has done when it comes to solving the problem of gender inequality, especially within its thriving startup ecosystem. In December, last year, the City of Amsterdam invested €750,000 in RISE – Female Hub Amsterdam to empower women entrepreneurs and tech professionals.

While explaining that the city has struggled with a “poor record” in gender equality, Celebi believes that the hub can make a difference. Founded in 2015, Startup Amsterdam was introduced as a public programme by the City of Amsterdam to nurture innovative startups and scaleups by assisting with capital, talent and local resources. It aims to put Amsterdam on the global map of startup hubs.

Fundright began in 2019 as a VC initiated movement aimed at ensuring a more diverse ecosystem, at both the VC level and portfolio company level. Its goal is to have an ecosystem that consists of 35 per cent women by the year 2023.

“This is unacceptable and sad in the twentieth century. We need to do better,” says Eva Mol, managing partner of CapitalT and member of the Fundright initiative, in an exclusive conversation with Silicon Canals.

Here’s what they had to say:

Willemijn is the CEO and proud founder of SwipeGuide, which is the next-generation instruction software. It provides an intuitive way to create enhanced-reality work instructions in a matter of minutes. She is a serial entrepreneur from an engineer’s home and has also founded an agile growth agency called Number8. In 2018, we called Schneyder one of the ‘badass female founders to watch‘.

Apart from this, Schneyder was also a part-time lecturer at Beeckestijn Business School from Jan 2012 till Oct 2020. According to the SwipeGuide website, in her free time, Schneyder wakes up early to run in the Dutch dunes and create memories with her family.

This is the change Schneyder would like to see in the Amsterdam startup ecosystem:

“Awareness, Awareness, Awareness. ACCESS at any level to a gender-balanced ecosystem only follows from awareness about a need for change. This demands awareness from every male stakeholder in the tech ecosystem –  whether VC, Founder, Corporate, or supplier – about how unconscious bias and privilege leads to biased decision making and therefore restricts ACCESS,” says Schneyder.

Jovana Karanović is the founder & director of Reshaping Work and a PhD researcher at the KIN Center for Digital Innovation at VU Amsterdam. She recently joined the Rotterdam School of Management, Erasmus University (RSM) as assistant professor. Reshaping Work is an innovative international and multi-stakeholder events series discussing the latest trends concerning digital innovations and the future of work by promoting research and collective thinking.

Coming to her research, it is primarily concerned with new organisational forms in the platform economy, labor market impact, and the potential of the platform economy to offer sustainable business solutions. She is also interested in the cooperative movement in the context of labor platform.

Karanović is also a frequent speaker at academic and industry events and has served as an expert on panels and boards of major companies and public institutions.

This is the change Karanović  would like to see in the Amsterdam startup ecosystem:

“Funding opportunities that specifically target female entrepreneurs.  One important issue for female start-up founders is accessing funding –  investors are predominantly men and they have been found to make decisions that can be biased towards women. Having more women in the start-up ecosystem would lead to a better gender-balance and stimulate knowledge sharing among men and women, hopefully naturally eliminating some biases held by either party.”

“Having more women in the leadership positions could further send a positive signal to other women and unlock more funding opportunities to the extent that access is sometimes blocked due to the biases held by men,” she adds.

Thalita van Ogtrop — The Next Closet

Thalita van Ogtrop is the founder and CEO of The Next Closet, which is the leading circular marketplace for second-hand designer fashion in the Benelux. Thalita and Lieke Pijpers founded The Next Closet in 2013 in Amsterdam. This startup is a sustainable marketplace for used designer clothing. The company aims to make the fashion landscape more sustainable, used clothes common, and minimise the environmental harm caused by the textile industry.

She was also the founding member of Circle Economy, which is an impact-driven organisation that is supporting the transformation to a circular economy.

This is the change Van Ogtrop would like to see in the Amsterdam startup ecosystem:

“Have woman out there. With this I mean in top managerial positions, as (tech) founders but also on the Vc/investor side,” says Van Ogtrop

Dr. Els van der Helm is the co-founder and CEO of Shleep. She founded this Amsterdam-based company in 2016 with Joeran Albers. She is a sleep and performance expert who’s passionate about scaling the power of sleep to organisations all over the world. Shleep is a digital sleep coaching platform, which lets organisations ensure that employees perform better. She has a strong expertise and worked with McKinsey as a strategy consultant. Arianna Huffington’s Thrive Global named Dr. Helm as one of the five top sleep experts in the world.

Prior to founding Shleep, she worked as a management consultant at McKinsey & Company. She developed and facilitated training programs for both McKinsey consultants and clients. Her research was published in the McKinsey Quarterly and Harvard Business Review. As a Fulbright scholar, she has studied the effects of sleep on the brain during her PhD in Psychology (University of California Berkeley). She is also an assistant professor at the IE business school in Madrid.

This is the change Dr. Helm would like to see in the Amsterdam startup ecosystem:

“Every event that’s being organised can be more conscious about representation and invitations. So this is both about the speakers you invite, but also the ratios in the attendees. I have seen some events that really pushed for female attendees (E.g., TNW) and that really worked. I don’t know what their key to success was, but it was noticeable that many more fellow female were in attendance,” she avers.

Leonie van Mierlo is a (business) coach, author/speaker and innovation strategist at Fronteer. – a strategy firm from Amsterdam. On March 1, Van Mierlo launched her book called ‘Gelijkspel Wint’ which is about the power of (gender) diversity and inclusive leadership.

At Fronteer, she helps clients find new concepts for growth (innovation strategy, compelling value propositions) from FMCG to mobility. She is also a mentor at BrandedU, which is a personal branding program built for the advancement of women in business.

This is the change Van Mierlo would like to see in the Amsterdam startup ecosystem:

“35 per cent of all businesses are founded by women, but only 1.6 per cent of all capital is invested in female entrepreneurs (6.8 per cent in diverse teams, the rest in male-only founders). The business case is there: research shows that companies founded by women make 10 per cent more profit and twice the Return on Investment. I honour the 43 Venture Capitalists who participate in #FundRight and pledged to only invest in divers startup and scale-ups within 3 years. And also to become more diverse themselves (now only 13 per cent of their staff is female). You cannot recognise what you don’t know. We need organisations with purpose and new leadership. Playing draw (gelijkspel) in the workplace makes us all win!” says Van Mierlo

Tanzanian-born Marieke is the founder of The New Fork, a blockchain company based in Amsterdam. Marieke’s fascination for agrifood started while travelling in Africa at the age of 17. She began her career with computer science at Wageningen University and worked on farm data for over 20 years, covering more than 50 countries.

She returned to Wageningen University to fulfil several management positions on impact evaluation, became director of a software company that digitizes compliance processes and founded The New Fork in 2017. The New Fork builds new technologies for agrifood supply chains, specialised in blockchain. She also happens to be the owner of the most badass Twitter handle out there: find her at @BlockchainBitch.

This is the change Marieke would like to see in the Amsterdam startup ecosystem:

“Money. Finance. Euros. Bitcoins. A fund to ease the startup phase that by itself is challenging enough,” says Marieke.

The Concept of Inbound Marketing Online

Forrest Galante Is Still Alive (And Wrote a Book About It)

When should I sponsor engineers for green cards? – TechCrunch