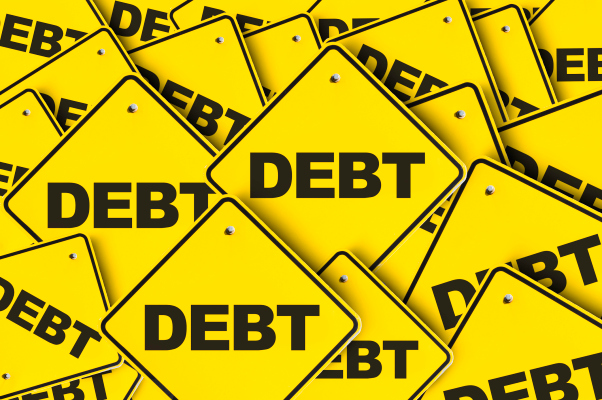 When there’s a need for capital, not every startup goes the venture route.

Boast.ai, a company that plugs into business systems and automatically finds them R&D tax breaks, announced Wednesday it has raised a $100 million credit facility from Brevet Capital to advance those R&D incentives.

And proptech startup States Title announced it has closed on $150 million in debt financing from HSCM Bermuda, which had previously invested in the company.

States Title has developed patented machine learning technology that it says reduces title processing time from five days to “as little as one minute” and cuts down the entire mortgage closing process “from a 40+ day ordeal to as little as six days.”

I was curious as to why these companies chose to go after debt/credit as opposed to raising venture capital.

For Boast.ai, which was bootstrapped until it raised a $23 million Series A last December and is profitable, it boiled down to simple economics.

“Equity is expensive,” Lloyed Lobo, co-founder and president at Boast.ai, told TC via email. “Plus you bring on a range of partners that you have to be answerable to. For example, if you raise capital, you’re paying a return on the capital you raise no matter what you do with it. Credit facility is more like you have $100 million to deploy as you go and we have the option to extend that to $500 million.”

The company’s vision, he said, is to automate access to billions in R&D tax credits and innovation incentives to help businesses fuel their growth without giving up equity and dealing with red tape.

Proving R&D costs to the U.S. and Canadian government to get tax breaks is a lengthy and time-consuming process. Boast.ai’s offering plugs into a company’s business tools to automatically calculate R&D expenses, and then advances money for the R&D incentives. Boast.ai makes money by charging a fee to the company depending on the credit they have to pay once they receive it.

The COVID-19 pandemic led to record low interest rates, which led to an increased number of people re-financing and/or buying homes. This led to more demand for States Title’s offering, according to CEO Max Simkoff.

“With such an increase in demand, we originally looked at raising equity, but there were ultimately significantly more attractive options for debt,” he told TC.

The company, Simkoff said, is growing faster than it could have modeled, so it continues to invest “in an aggressive roadmap.”

“That gave us the confidence to take on the debt facility,” he added.

Debt is finite, Simkoff said. And for States Title, that is a good thing.

“The reason many companies don’t pursue debt financing is because they feel they may not have a clear path to profitability in the time frame in which they would need to pay the debt back,” he added. “Equity extends the runway to find that path, but it also means giving away more of the eventual upside, if and when a company is able to convert valuation numbers into actual value.”

States Title is planning to use the money to accelerate traction of its product roadmap, power new market expansions, acquire and support customers, and help it restructure its cap table.

These two startups are prime examples of the fact that while there is plenty of venture out there, not every company is eager to take it.

Compare The Best Payment Methods For Your Ecommerce Site