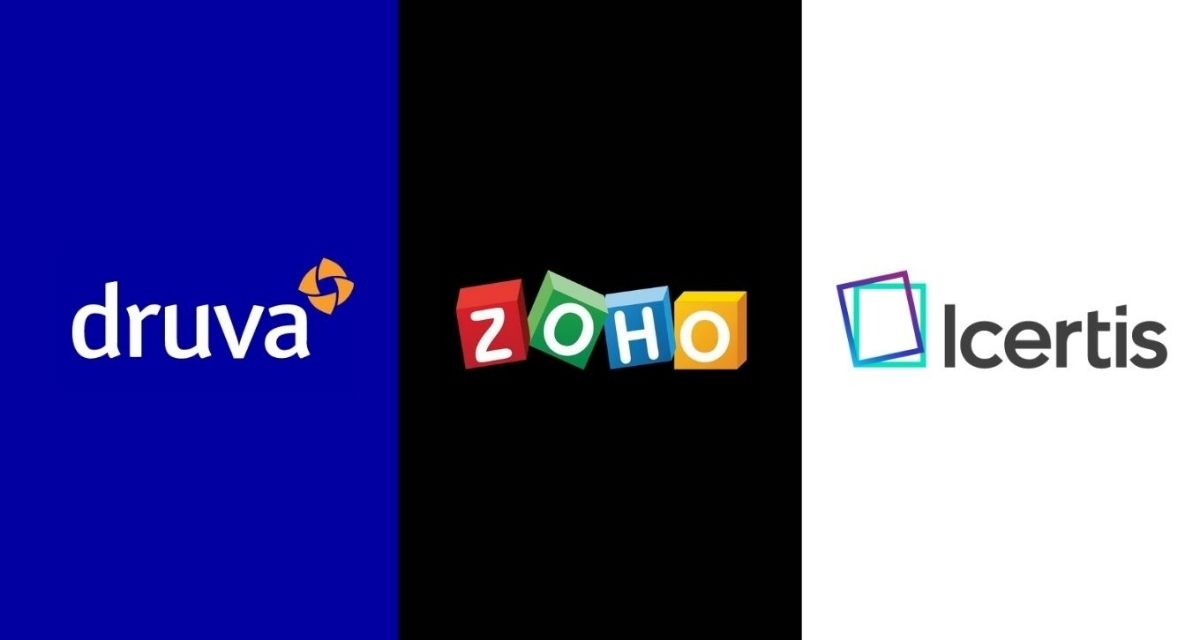 The Indian SaaS companies have the potential to capture a 7-9% share of the global SaaS market by 2022, as per a Bain & Company Report 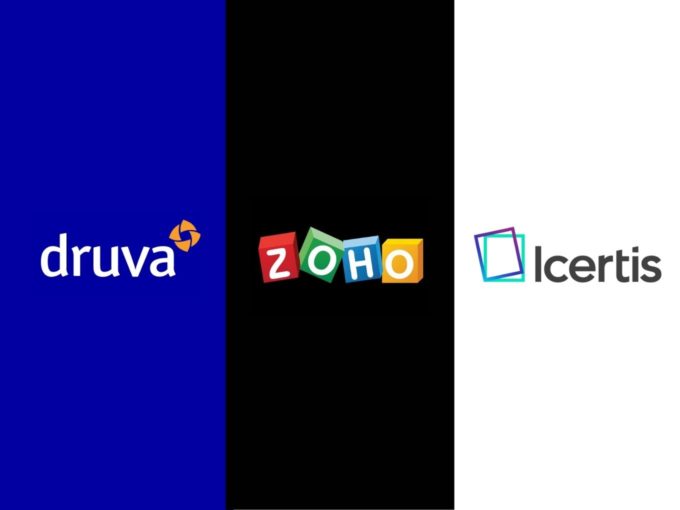 Indian software-as-a-service (Saas) unicorns Zoho, Icertis and Druva have continued their profitable streak in the financial year 2020 as well, with a steady rise in revenues. Icertis has reported a 44% year-on-year spike in its standalone revenue, growing from INR 159 Cr in FY2019 to INR 229 Cr in FY2020. About 98% (INR 225.2 Cr) of the Icertis’ revenue came through its operations or sale of services. Its expenses also grew at the same rate as revenue, from INR 136 Cr to INT 196.5 Cr, leading to a net profit of INR 21.2 Cr. The company had reported a profit of INR 16.4 Cr in the previous fiscal year. 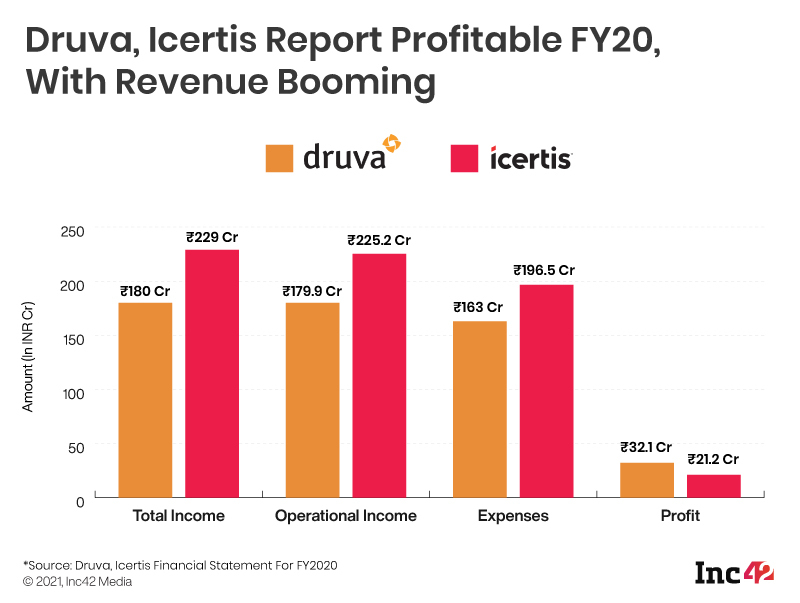 While talking about Indian SaaS unicorns, it is hard to miss out on Zoho Corp and Freshworks. While Freshworks hasn’t filed its financial statement for FY2020 yet, it has announced that its revenue grew by 40% year on-year in 2020 as the pandemic forced companies to adopt digital transformation and strengthen their remote operations through enterprise tech tools. The company claims to have surpassed $300 Mn (INR 2,207 Cr) in annual recurring revenue (ARR).
Freshworks India had reported a revenue of INR 404.7 Cr in FY19 on a standalone basis, with a net profit of INR 30 Cr. 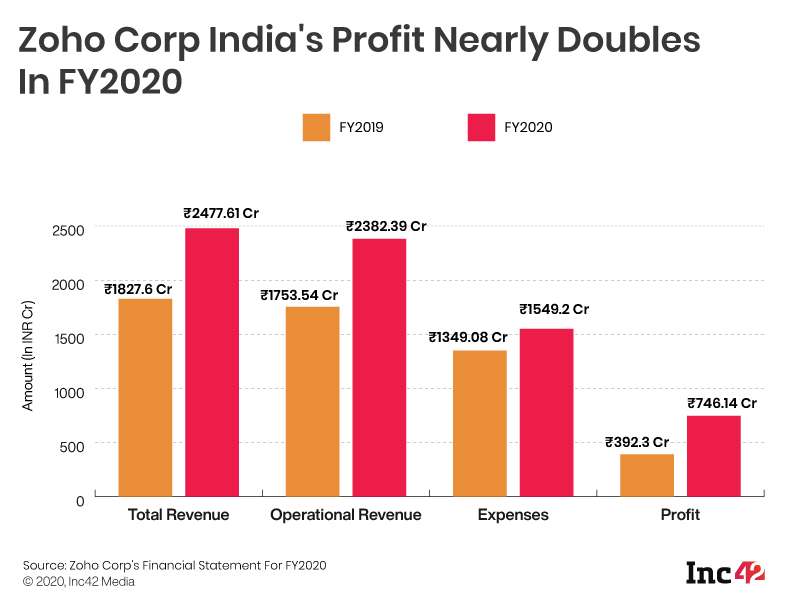 Employee Benefits One Of The Biggest Expenses For SaaS Unicorn

The three companies — Zoho Corp India, Druva and Icertis — together spent about INR 1,091 Cr on employee benefits in FY2020, with Zoho grabbing the lion’s share of 78% or INR 837.23 Cr of it. This was a major area of expenditure for the three SaaS giants, with offices across the globe. 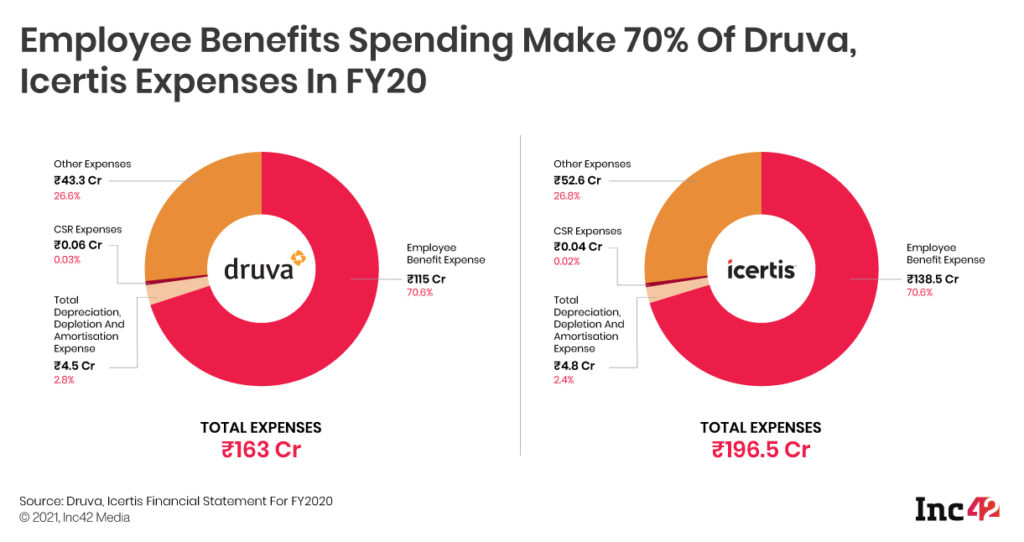 Druva and Icertis together spent INR 53 Lakh on advertising and promotional expenses, listed under ‘other expenses’ category.

In Zoho India’s case, advertising and promotional expenses were the second biggest area of spending, with INR 113.4 Cr spent on promotional activities, growing only 9% from last year’s INR 103.81 Cr. Besides this, the company’s CSR spending increased 4X, from INR 6 Cr to INR 24 Cr in FY2020. According to a report by Bain & Company, the Indian SaaS companies have the potential to capture a 7-9% share of the global SaaS market by 2022. Companies like Zoho, Druva, Icertis and Freshworks have led this space in India, with SaaS firms poised to reach between $18 Bn to $20 Bn in revenue by 2022.

Going beyond these players, India witnessed the entry of two SaaS companies in the unicorn club — Zenoti in December 2020 and Postman in June 2020. Zenoti, which is the first vertical SaaS unicorn of India, offers cloud-based software for salons, spas, and medi-spas. Postman, founded in 2014, helps developers and companies supercharge their application programming interface (API) workflow.

Meanwhile, Icertis was founded in 2009 by Monish Darda and Samir Bodas. The cloud enterprise software startup offers enterprise contract management in the cloud that can manage, sell-side, buy-side, and corporate enterprise contracts across the globe. Icertis counts giants such as Google, Microsoft, Daimler, Airbus, Johnson & Johnson, Lupin, Infosys, Wipro and Cognizant as its customers.

Druva, founded in 2008 by Jaspreet Singh, Milind Borate and Ramani Kothandaraman, offers cloud data protection and information management, leveraging the public cloud to offer a single pane of glass to protect, preserve, and discover information. The company works with more than 4K organisations with many in the mid-market in terms of size.

Zoho was founded by 2021 Padma Shri awardee Sridhar Vembu, who is also the CEO of the company. It has more than 40 integrated online applications aiding multiple business operations such as sales and marketing, finance, email and collaboration, information technology and help desk, human resources and custom solutions like app creator and analytics. It has a customer base of 45 Mn.

How Drones Are Making Their Way Into Different Business Sectors

In freemium marketing, product analytics are the difference between conversion and confusion – TechCrunch

Can BookMyShow Rise From The Ashes?