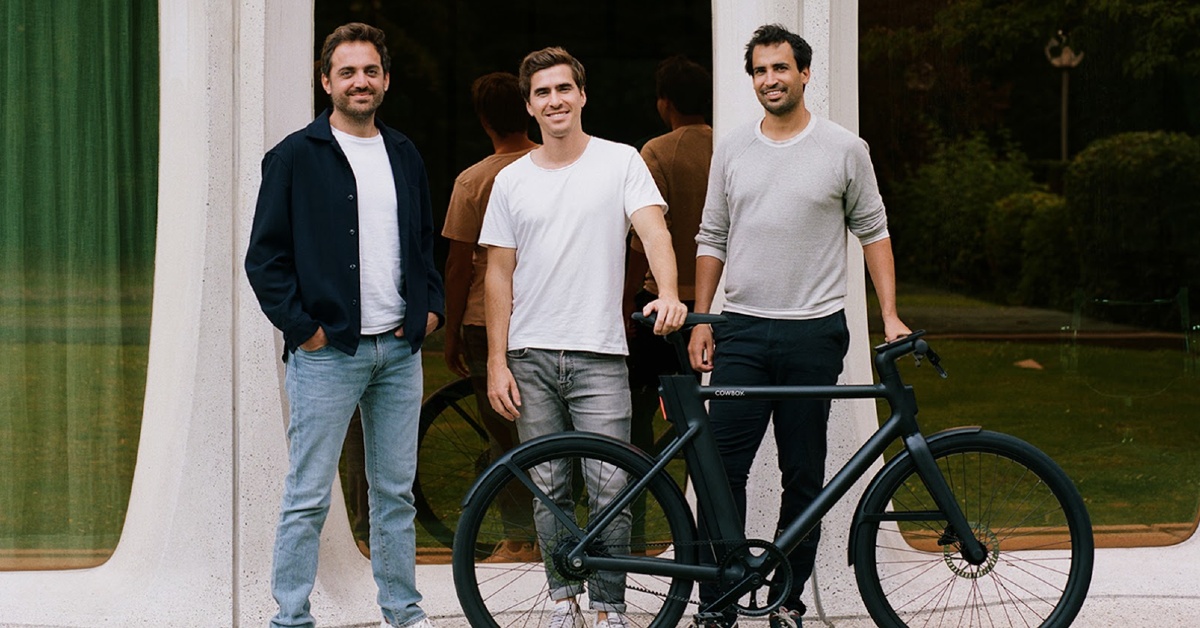 Brussels-based Cowboy, a designer and manufacturer of electric bikes for urban riders, announced on Thursday that it has raised $80M (approx €71.31M) in its Series C round of funding. With this round, the company has now raised a total of $120M in funding.

Siam Capital’s Sita Chantramonklasri, says, “While global efforts in combating climate change have led to increasing support for the decarbonisation of urban mobility, the need for more sustainable modes of transportation has never been more apparent, especially among this era of conscious consumers. By marrying best-in-class hardware, software, and subscription services to deliver an elevated experience, Cowboy is positioned to emerge as a leader in making e-bikes not only accessible but also aspirational.”

The raised capital will help the company to bring core technologies in house, design products and services for its expanding customer base, and build a community around fitness through its increasing app usage.

Adrien Roose, Cowboy co-founder and CEO says, “I’m thrilled to welcome Siam Capital onboard along with the renewed support of our investors to accelerate our company growth and product innovation. With this new capital, we’re bringing our industrial design and technological development in house. This will give us a further competitive edge as the most sought-after electric bike brand.”

The electric bike for urban riders

Founded in 2017 by Adrien Roose, Karim Slaoui, and Tanguy Goretti, Cowboy is an e-bike startup that incorporates design, affordability, and technology to connect owners to their bikes through an app, featuring a secure key, live stats, and GPS tracking.

The company’s mission is to power riders to map their own paths, through mindful movement that benefits all. Currently, it is operational in Austria, Belgium, Denmark, France, Germany, Italy, Luxembourg, Netherlands, Spain, Sweden, the UK and the US, with more to follow.

The company claims to have gained momentum last year and now aims to build the complete ecosystem for urban cycling as it is on track to reach over 100,000 riders by 2023. This development follows the company’s launch of the Cowboy 4 e-bike in May 2021 which witnessed record sales.

Last year, Cowboy also expanded its services into the Nordics and the US, and recently introduced Cowboy Care, an industry first, all-inclusive, on-demand repair and maintenance subscription service.

Cowboy claims that its riders use their bike on average nine times per week, typically cycling over 4.5 km with a median caloric burn of 648 calories per week. Since last November, the Cowboy app has offered riders to track their fitness stats, including human power and caloric burn, as well as to compare and compete with the rest of the community.

CTO Tanguy Goretti says, “In just over two months’ time since we released the new app, our riders have cycled almost 2.5 million kilometres. They’re riding further and more often – an 8 per cent increase in distance travelled and a 15 per cent increase in moving time. That’s really our ambition here at Cowboy. As we look to further enhance the connected ride, we can be that everyday companion encouraging the community to ride and anticipating their needs along the way.”

In the near future…

In 2022 and beyond, Cowboy’s key initiatives and investments will be structured around four growth themes: product design excellence, on-demand services, fitness, and customer delight.

Karim Slaoui, co-founder of Cowboy says, “Since day one at Cowboy, we have focused on designing the simplest, most intuitive ride feeling anyone has experienced in an electric bike. Now we can go even further with the technology in the bike and how it pairs with the app for a truly seamless cycling experience for every rider.”

The company will also open two new retail stores in the first half of this year, joining the existing Brussels brand store. Berlin will open its doors in February and Paris will follow in May.

Besides, it also looks to grow as a remote-first organisation. Cowboy looks to attract ‘world-class’ talent from including New York, London, Paris, and Berlin. The team will continue to grow, in particular in the design and engineering practices as well as US operations.

The company aims to accelerate the transition to decarbonised mobility, initial efforts include reaching a goal of over 50 per cent of bike parts and components produced in Europe, thus reducing reliance on long-distance freight.

According to Cowboy, its continued enhancement of the product lifecycle and Circular program will enable different bike generations to pass from one owner to another in a simple way.

Adrien Roose says, “People deserve to be able to move freely and to map their own paths in life. We believe the electric bike is the way forward for people and the planet. It’s beyond exciting to have this financial commitment to investing in that future with us.”

What Qualities to Watch For in Candidates During Job Interviews