Union Minister for Science and Technology and Earth Sciences Harsh Vardhan said there has been a 30 percent increase in the budget for these ministries. 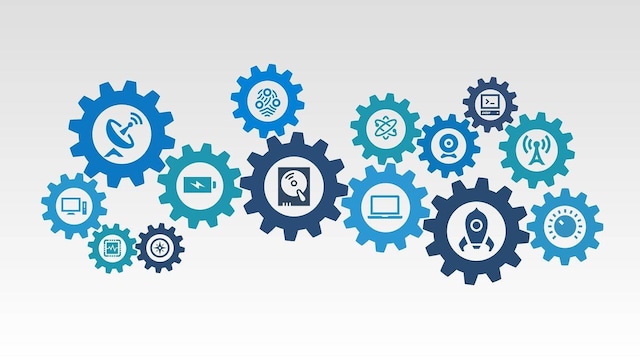 The Department of Biotechnology is developing a Biomass to Hydrogen Mission which will be important from the research and development perspective.

The government is likely to come up with a policy on scientific social responsibility in the next two months, Department of Science and Technology Secretary Ashutosh Sharma said on Monday. Scientific social responsibility is an ethical obligation of giving back to less endowed stakeholders of science, technology and innovation as well as society at large. Many scientific institutes have human resource and infrastructure to give back to society. This could be mentoring students or start-ups, he said.

“We are done with the consultation process. The policy should be unveiled in the next two months,” Sharma said at a press conference organised to highlight the 2021-22 budget allocation for the Union science and technology ministry and the ministry of earth sciences.

Union Minister for Science and Technology and Earth Sciences Harsh Vardhan said there has been a 30 percent increase in the budget for these ministries.

pandemic, and science and technology played a crucial role in tackling various problems caused by COVID-19

“There are various new schemes in this new budget which will further boost the science and technology (S&T) ecosystem in the country, take its benefits to the people and help the country become a major force in S&T globally,” he said.

The new initiatives include the National Research Foundation (NRF), an autonomous body envisaged to support researchers working across several streams of S&T with special focus on universities. The NRF has a total allocation of Rs 50,000 crore over five years, Vardhan said. This will ensure that the overall research ecosystem of the country is strengthened with a focus on identified national-priority thrust areas, he said.

The Deep Ocean Mission was also announced in this budget, the Union minister said at the press conference.

The mission, with an outlay of more than 4,000 crore over five years, will help better understand this new realm which offers exceptional opportunities in mapping, exploring and utilising oceanic resources, Vardhan said.

The mission, to be coordinated by the Ministry of Earth Sciences, will cover deep ocean survey, development of technologies for exploration and harnessing of ocean resources as well as projects for conservation and bio-prospecting of deep-sea biodiversity, he said.

The budget also provided for setting up of umbrella structures in nine cities for better synergy among research and development institutions, universities and colleges supported by the government while also retaining their internal autonomy, the minister said. This will be coordinated by the Ministry of Education, and a Glue Grant will be set aside for this purpose, he said.

The Department of Biotechnology is setting up URJIT clusters (University Research Joint Industry Translation Clusters) at 10 locations as per the budget announcement in February. These will complement the activities of the umbrella structures, Vardhan said.

A National Language Translation Mission was also announced in the budget and under this, wealth of governance-and-policy related knowledge on the internet will be translated into major Indian languages using technologies such as artificial intelligence-based machine translation along with with traditional methods, the minister said.

The Hydrogen Energy Mission has also been launched by the Ministry of New and Renewable Energy for generating hydrogen from green power sources, its storage, transport and utilisation.

The Department of Biotechnology is developing a Biomass to Hydrogen Mission which will be important from the research and development perspective. The department and the Council of Scientific and Industrial Research will also be contributing to this mission, Vardhan said.