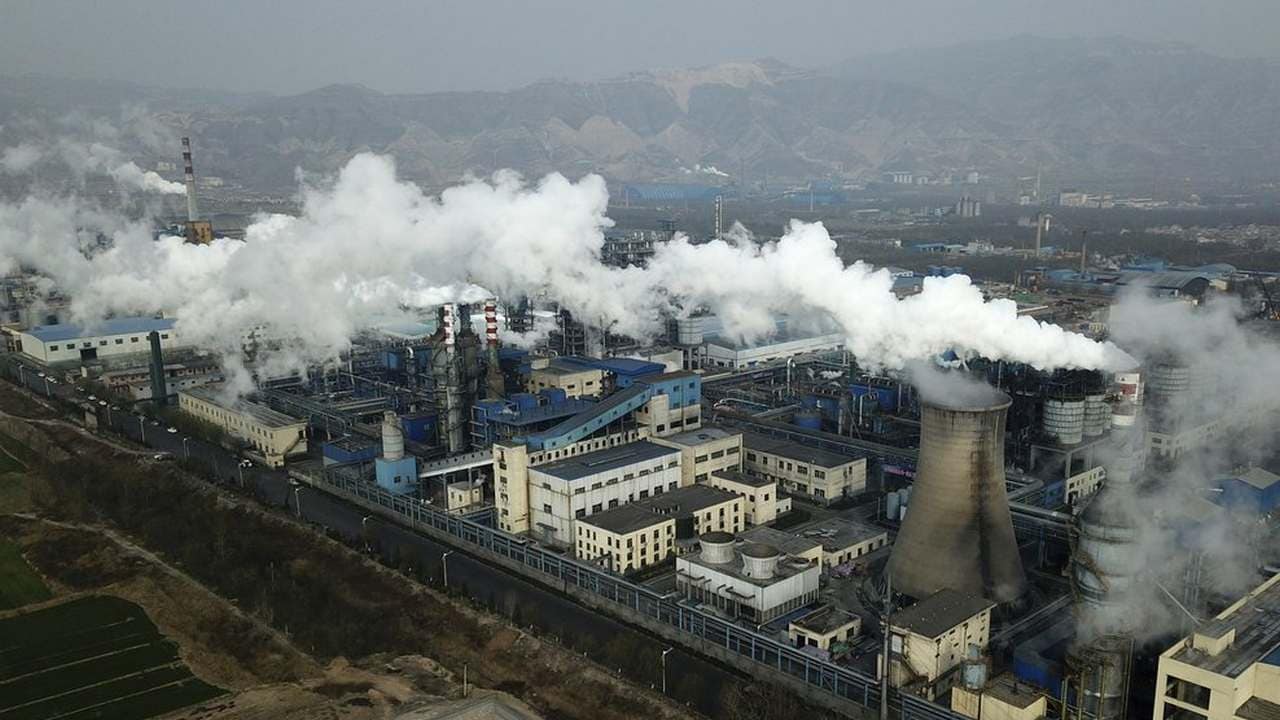 Emissions from China of a banned gas that harms Earth’s ozone layer have sharply declined after increasing for several years, two teams of scientists said Wednesday, a sign that the Beijing government had made good on vows to crack down on illegal production of the industrial chemical.

The findings ease concerns that increased emissions of the gas, CFC-11, would slow progress in the decadeslong environmental struggle to repair the ozone layer, which filters ultraviolet radiation from the sun that can cause skin cancer and damage crops.

“We see a huge decline both in global emission rates and what’s coming from eastern China,” said Stephen Montzka, a research chemist with the National Oceanic and Atmospheric Administration and lead author of one of the studies. Work by Montzka and others three years ago first revealed the illegal emissions.

“It looks like there’s been a substantial response, potentially as a result of us raising a flag and saying, ‘Hey, something’s not happening as it should,’ ” Montzka said.

Matthew Rigby, an atmospheric chemist at the University of Bristol in England and an author of the second study, said that if emissions had not declined, “we could be seeing a delay in ozone recovery of years.” As of now, full recovery is still expected by the middle of the century.

Chinese government officials did not immediately respond to requests for comment.

Chemical traders in Shandong, a heavily industrialized province in eastern China where CFC-11 was widely used for making insulating foams, said trade in the banned gas had largely dried up. “It hasn’t disappeared entirely, but it’s much scarcer than before,” Gao Shang, a chemical merchant in Shandong, said in a telephone interview.

CFC-11 was outlawed a decade ago under the Montreal Protocol, the treaty established in the 1980s, when research revealed its effects on atmospheric ozone, along with the effects of similar widely used chemicals.

Meg Seki, acting executive secretary of the Ozone Secretariat, the United Nations body that administers the treaty, said the organization was pleased to see that emissions had dropped and that the effect on the ozone layer was likely to be limited. “It is important, however, to prevent such unexpected emissions in the future through continued, high-standard monitoring by the scientific community,” she said in a statement.

The 2018 research did not pinpoint the source of most of the emissions beyond locating them as coming from East Asia. But investigations that year by the Environmental Investigation Agency, an independent advocacy group based in Washington, D.C., and by The New York Times found evidence that the gas was still being produced and used in eastern China, particularly Shandong.

An atmospheric analysis led by Rigby in 2019 found that Shandong, as well as a neighbouring province, Hebei, were major sources.

When first confronted with the evidence, Chinese environmental authorities hedged and raised doubts about the findings, suggesting that there could be other, unaccounted sources of the chemical or that manufacturers of insulating foam would not use so much CFC-11.

Policy announcements, industry reports and court judgments all indicate that the Chinese government cracked down on the illicit trade, even as it kept denying that there ever was a serious problem. Last year, the government publicized conviction of a businessman, Qi Erming, as the first case in China of criminal prosecution for illegally trading in ozone-damaging chemicals.

In addition to prosecutions, the government tightened rules and monitoring of the chemical and foam production industries and promised to create a comprehensive data system to trace the movement of chemicals that could be used to make CFC-11.

There are legal gases that can replace CFC-11 in foam production. Gao, the chemical merchant in Shandong, said his company specializes in one of them.

The availability of substitutes may have helped China’s efforts to reduce CFC-11 emissions. Zhu Xiuli, a sales manager at another company in Shandong that sells foaming agents, said that customers previously had asked whether they had CFC-11. But “in the past couple of years there have been fewer and fewer inquiries,” she said.

CFC-11 has also been used in refrigeration equipment. Over time, as gears age and foam containing CFC-11 degrades, the gas is slowly released. Although the size of this “bank” of CFC-11 is not precisely known, it is accounted for by the protocol and is one reason full ozone recovery will take decades.

The new papers, which were published in the journal Nature, also do not account for the entire global increase in CFC-11 emissions that had occurred since 2013. The gas may still be being produced or used in other countries or in other parts of China, but the researchers said there are not enough air-sampling stations worldwide to know for certain.

“This is a useful lesson that we really need to expand our monitoring capabilities,” Rigby said.

Avipsa Mahapatra, a climate campaign lead for the Environmental Investigation Agency, said of the new findings that it was “exciting to see atmospheric studies confirming that on-the-ground intelligence and subsequent enforcement have culminated in a spectacular climate win.” But she said her group had indications that enforcement may have been more successful in some parts of China than others. “This is not the time for complacency,” she said.

Susan Solomon, an atmospheric chemist at the Massachusetts Institute of Technology who was not involved in the research, said the work was “a real triumph for science.”

But the problem is not over, Solomon said, because in addition to CFC-11, there are other, similar chemicals being emitted. “There’s a whole zoo of molecules,” she said, and although the amounts are smaller, they add up.

They also are potent greenhouse gases, she said, although their contribution to warming is much less than the far more prevalent heat-trapping gases like carbon dioxide and methane. “The chemical industry worldwide is still not monitored closely enough for us to actually be confident in how much greenhouse gases they’re making and how much ozone-depleting gases they are making,” she said.

From self-driving cars, to bots that serve us ads, AI is everywhere and growing. Lawmakers need to step up- Technology News, FP