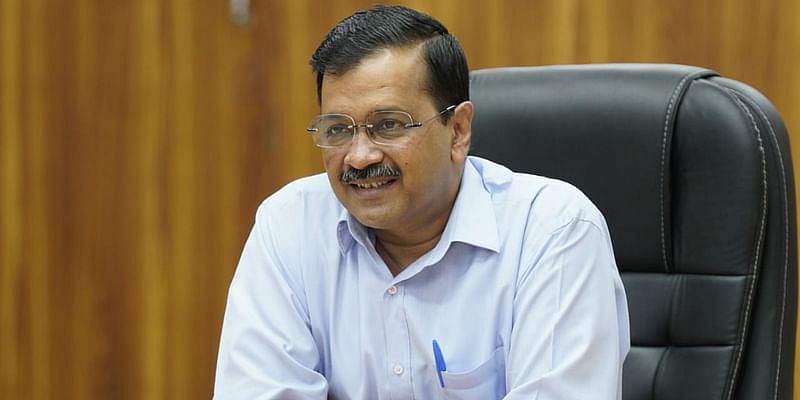 Delhi Chief Minister Arvind Kejriwal has announced the launch of oxygen concentrator banks for COVID-19 patients in home isolation. He claimed that the oxygen will reach the patients in two hours.

The 11 districts of Delhi will be given 200 oxygen concentrators each and these will be provided to patients in home isolation on the recommendation of doctors, he said. Patients who have been discharged from the hospital after treatment of COVID-19 will also be provided concentrators if recommended by doctors, said the CM.

The CM said that though daily cases have dipped, the Delhi government will not let its guard down and keep fighting the coronavirus pandemic. Arvind Kejriwal said that he hoped that cases and the positivity rate will go down further and ultimately, the spread of the infection will stop.

He also lauded doctors and engineers for setting up 1,000 intensive care unit beds in Delhi in the last 15 days and said they have set an example before the world.

Earlier on Friday, doctors at leading government and private hospitals in Delhi said there is a relative fall in the number of cases and “still a long way to go” before the daily count falls below the 2,000-mark, as it was a few months earlier.

“Lockdown, I would say is the biggest factor in arriving at a situation where we are now, when daily cases from 28,000 have come down to about 8,500. However, it is still a huge figure, and there should be no room for complacency, on any front,” Medical Director of Rajiv Gandhi Super Speciality Hospital (RGSSH), B L Sherwal, told PTI.

RGSSH is a Delhi government-run 650-bed facility, and about 500 beds are earmarked for treating COVID patients, and 350 are currently occupied, most of them being ICU patients, he said.

Asked about the number of daily fatalities at the facility located in east Delhi, Sherwal said, about 10-12 patients per day, out of the 350 beds occupied as of now, which would soon be expanded to full capacity.

Delhi had been reeling under a brutal second wave of the pandemic that is sweeping the country, claiming a massive number of lives daily, with the recent oxygen supply shortage issue at various hospitals adding to the woes.

Are Bookkeepers Helpful For The Growth Of A Business?

Docsumo Raises Funding To Expand Its Footprint In North America

MissMalini’s tryst with Shah Rukh Khan and other Bollywood stars

How to Stay True to Your Budget and Boost Your Savings