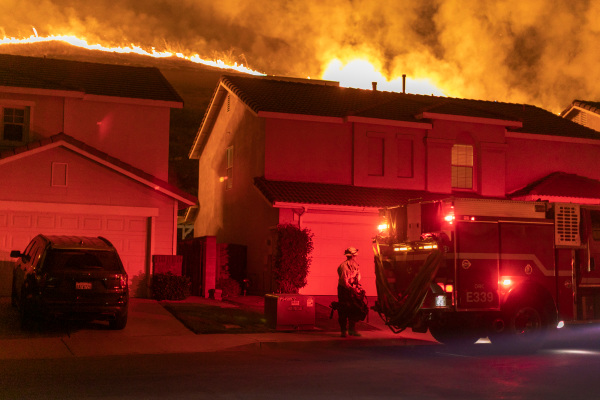 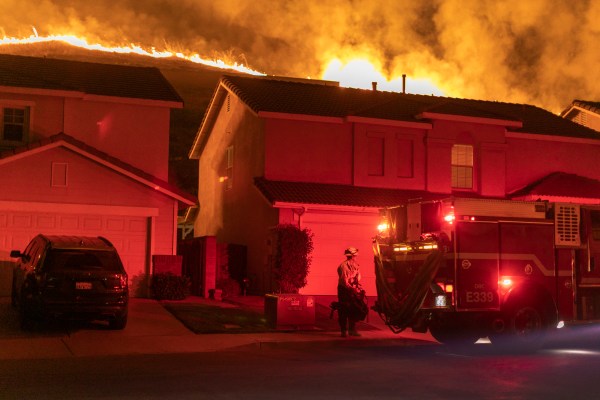 It’s not yet fire season thankfully, which affords some breathing room for firefighters and emergency responders to begin planning out how to confront the increasingly complex and unwieldy task of preventing and responding to fires in the American West. Wildfires in the region have been particularly acute in recent years in states like California, mostly due to hotter conditions driven by climate change, decaying grid infrastructure that can lead to sparks, and a tinderbox of trees and foliage ripe for conflagration.

After years of bruising firefighting, some startups are exploring how to improve fire response. One of them is Cornea, a sort of spin-up by public sector-focused venture studio Hangar, which raised $15 million last year to build new startups targeting the government.

One of Hangar’s first companies was Cornea back a couple of years ago, and it remains one of the most interesting for its potential. The idea is to meld geographical, weather and historical fire data into a machine learning model that can augment frontline firefighters with better guidance on where to push forward and when to retreat in the midst of a blaze.

The startup has two main products it is looking to launch this year. The first is focused around delivering better situational awareness around a subject known among firefighters as the “Suppression Difficulty Index.” These are essentially maps that inform firefighters of the dangers of fighting fire in a very specific geographical location. For instance, a particular location could have wind or water conditions that might accelerate a fire and endanger responders if they are not careful.

The other product is focused on “Potential Control Lines” — locations where a fire break or other action could potentially push back a fire. Using typography, vegetation and a myriad of other data, Cornea can locate positions with a higher likelihood of success in battling a fire.

Cornea’s Chief Fire Officer is Tom Harbour, who formerly served a decade as head of fire response for the U.S. Forest Service. He said that “50 years ago, I was raised in a culture where you never knew ‘why’ — you just obeyed orders” when it came to firefighting decisions out in the field. “Your head was on the proverbial swivel.” With Cornea and the products the company is creating, we are “Getting aligned on the ‘why’ and beginning to have [firefighters] sense the information that they are looking at.”

Harbour noted that the most common tools in the field today remain paper maps and markers, simply because “you know it doesn’t break right at the time when you can’t have things break.” Cornea’s products may help firefighters in the field, but they are far more likely to have an impact in the fire operations centers where strategic decisions get made about where to invest firefighting resources.

Josh Mendelsohn, the founder and managing partner of Hangar, said that the company is straight down the center of the studio’s investment thesis. “Cornea is focused on taking these large datasets, processing them effectively … and then giving [firefighters] as much analytical impact in an output as simple as possible,” he said, noting that “it turns out that in this market the best user experience is a PDF.”

Indeed, one of the major challenges for building in this market is simply the unique dynamic of disaster response compared to, say, enterprise SaaS. “Cornea has had to go through a customer-discovery process,” Mendelsohn said. “It all feels necessary, but what are the right things that require the least amount of behavior change to have impact immediately?” One challenge particularly around firefighting is simply the feedback loop from the field to the team. “Fire is seasonal so we have had to be a bit incremental,” Mendelsohn said.

The team is currently three full-time people plus consultants with Hangar augmenting them with its own studio staff. The company built out its product partially using federal research grants to deepen the science of firefighting, and this year, hopes to work with the Forest Service and state firefighting agencies to get its models out to the frontlines. “There is a human bandwidth problem,” Mendelsohn said. “How do you take limited resources to help [firefighters] go further by using them effectively?”

How to Create the Ideal Premises for Your Business

7 Tips to Make Your Real Estate Listing Stand Out