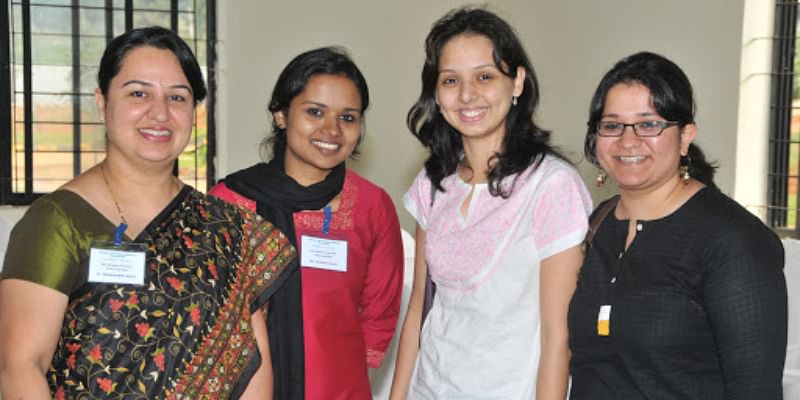 In India’s journey in the fight against rare disorders, Dr. Meenakshi Bhat, Senior Faculty at Bengaluru-based Centre for Human Genetics, has been at the forefront throughout, having worked for over 15 years in this field during which she has seen over 28,000 families with rare genetic disorders.

Karnataka-government supported Centre for Human Genetics is mainly involved in advanced research, education, and specialised training in human genetics and genomics especially in the context of human disease. The organisation is also working towards researching rare diseases, and provides free diagnosis and counseling to patients fighting genetic disorders.

“In the beginning, it was very difficult to get even basic genetic tests done to confirm a diagnosis.There absolutely were no treatments. But a lot of things have started happening in India. Today, we are not only looking at conditions from the point of view of helping them understand and prevent it next time but we have also started looking at treatments,” Dr. Meenakshi told YS on World Rare Disease Day, a day recognised to create awareness about rare disorders.

Along with various efforts made to spread awareness about the challenges faced by patients and families affected with rare disorders, one campaign — Race for 7 — is celebrated every year on World Rare Disease Day to help raise funds and awareness about rare disease patients in India.

“The seven stands for 7000 disorders that are known under the genetic umbrella, and the approximate seven-year time that it takes to diagnose such diseases, and also the approximate 70 million people affected in the country with rare disorders,” she says.

The Race for 7 run, which is organised by the Organization For Rare Diseases India (ORDI) and supported by various governmental and non-governmental organisations, will mark its sixth edition this year.

“Much of it (Race for 7) is virtual this year, but we will be out on the field so I just wanted to say that on that happy note of awareness, it’s going to happen,” Dr Meenakshi adds.

Here are a few excerpts from her conversation with YS regarding rare diseases and her insights and thoughts on what’s needed in the next leg of India’s fight against rare diseases.

Q) Rare disease day is observed with the objective of creating awareness about rare diseases about the lives of patients with rare diseases, creating that awareness for policymakers and decision makers. I want to start by asking you, in India, where do we stand on that front — as opposed to the world or other more developed nations?

Dr. Meenakshi: I have been with the Center for Human Genetics in Bangalore since 2006. Over the last 15 years, we have seen over 28,000 families with their genetic disorders…. In the beginning, it was very difficult to get even basic genetic tests done to confirm a diagnosis. It was difficult for patients to appreciate the concept of genes and genetics as it is not a tangible thing that you can explain to people. There absolutely were no treatments. So the USA, Europe, and Japan already have a national rare diseases policy. But a lot of things have started happening in India including the development of therapies.

Q) Please tell us a little bit about the role of CHG in helping create awareness, provide necessary counseling, and in research, diagnostics, and treatment of rare disorders.

Dr. Meenakshi: So both at the Center for Human Genetics and the genetic centers that we serve including other hospitals such as Indira Gandhi Institute of Child Health, all investigations that are necessary for patients in these institutes are done free of cost, especially for those below the poverty line. So the access becomes very much easier for these families. Why do we do it for free is because they are supported by the state government through regular funding.

We offer free counseling, services, pre-diagnosis, and then anything else that the family needs to follow. So in an average clinic, we would see about 20 to 25 patients, which is a huge number, considering you need to spend at least about an AR with the family for the first time.

Today, we are not only looking at conditions from the point of view of helping them understand and prevent it next time but we have also started looking at treatments.

In 2012- 13, we set up with a small company in Bangalore and began making metabolic foods. These are important medical diets, which you have to start very early in life for very specific disorders. This is so that the children don’t undergo any sort of neurological deterioration. We now have foods for about 14 disorders and it costs a fraction of what it costs outside of the country. We have about 250 patients in our own center on this kind of therapy continuously.

Dr. Meenakshi: So some of the criticisms that have come up within the policy, especially from the family support groups, is that there is no clear mechanism of involving all individuals, whether it is below the poverty line or above the poverty line, into an umbrella group where treatment will be clearly funded.

The second thing is I think one of the most important, which is that we need to have screening of newborns in our country. If we have the ability to test newborns for some of these rare disorders that can be treated early, so that the child does not have any long lasting deficits, then I think that would be the best thing that the policy could cover. That is not completely outlined, it is mentioned, but there isn’t a clear guided policy.

However, I think it is a great start but there is much more to be done.

Q) According to you, what is the role of startups, tech, and innovation that you see panning out in this field.

Dr. Meenakshi:  So Karnataka government especially has had a very forward-thinking approach through its biotech policy and I think they have funded quite a lot of these initial initiated grants, which takes an idea up to a point. There are at least half a dozen such companies that I can think of that are working towards treatments and of course, it takes a few years for it to come through.

However, having a clear-cut orphan drug policy will help the companies get some sort of quiet licensing or the required rules that make it easier for them to bring it to market. There also have to be many such companies that need to work towards making it affordable. Many of the things that come from abroad as treatments are clearly unaffordable for individual families and I think that is where our gap is.

Even if there was a treatment somewhere, we needed something at a point that we can make it affordable to our patients, and they’re working towards it. There’s a big journey ahead and I think we need to work towards it.

Dr. Meenakshi: So on International Rare Diseases Day in Karnataka, we have the Race for 7 awareness run, which is organised by the Organization For Rare Diseases India (ORDI) – a team committed to address the challenges of patients affected by rare diseases and their families in India.

Basically, the seven symbolises the 7,000 disorders that are known under the genetic and rare diseases umbrella, the average time of seven years it takes to get a diagnosis, and also the approximate 70 million people affected in the country with rare disorders.

This is the sixth year that Race for 7 is being celebrated to raise awareness. Much of it is virtual, but we will be out on the field so I just wanted to say that on that happy note of awareness. It’s going to happen.

why this Bengaluru entrepreneur started a curated ecommerce startup Vegandukan

Freshworks Hires Morgan Stanley As Lead Bank For US IPO

Tips for Starting an Electronics Business