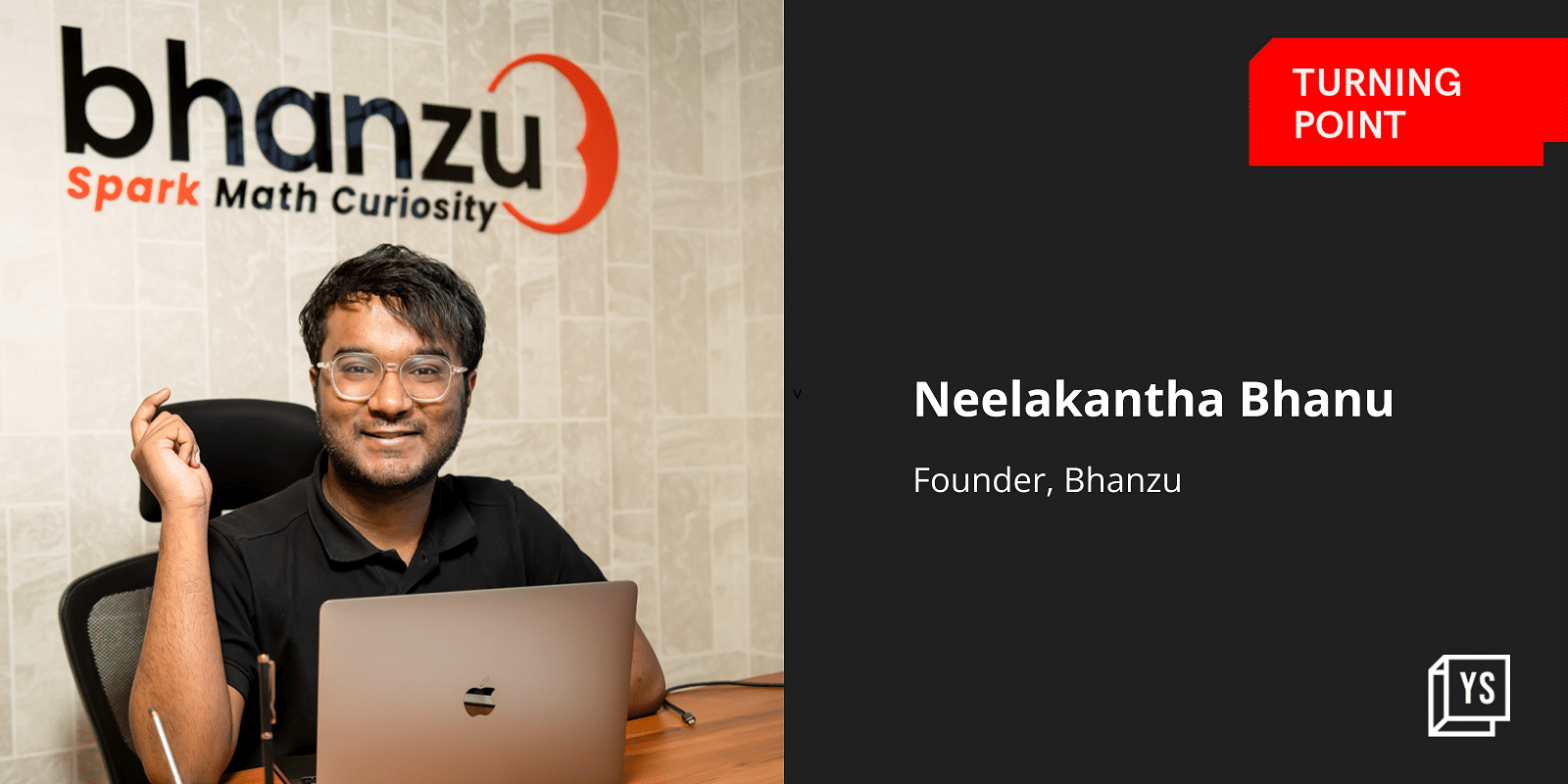 The bubble surrounding the sector may seem to have burst, barring a few exceptions.

Last week, global math learning platform Bhanzu raised $15 million in a Series A funding round led by Eight Roads Ventures and B Capital. How did Bhanzu gain investor trust at a time when caution is the word on the street?

“We believe that Bhanzu is solving a large challenge faced by students and is enabling every child an enjoyable math learning experience. Bhanzu is created to inculcate a love for math, with innovative learning techniques, and to establish itself as the world’s most thought-through holistic math curriculum,” said Karan Mohla, Partner at B Capital at the time of the funding.

Mathematical anxiety is common across the world, among adults and children. The academic study of math anxiety dates to the 1950s when Mary Fides Gough introduced the term mathemaphobia to describe the phobia-like feelings of many towards mathematics.

In  November 2020, Neelakantha Bhanu, said to be the “World’s Fastest Human Calculator”, decided to launch his math learning platform to rid children between ages 5 and 16 years of this very fear.

Neelakantha, who the BBC famously said  “is to math (mental calculation) what Usain Bolt is to running”, won gold for India in the Mental Calculation World Championship at Mind Sports Olympiad (MSO) in 2020. In 2017, aged 17, he was anointed the fastest human calculator in the world, beating math maestros like Scott Flansburg and Shakuntala Devi.

After breaking the fastest human calculator record, Neelakantha started doing stage shows and taught students across 20 countries math. During this time, he discovered that three out of four children face some sort of math phobia. As a math lover, he was “concerned”.

“At Bhanzu, we are inculcating a culture among students to question the first principles of math. Students are afraid of mathematics, which not only makes them perform poorly in schools but also discourages them from taking up careers in STEM fields where maths plays a crucial role,” Neelakantha says.

“Since childhood, math is taught as a subject where you rote learn the formulae, solve questions, and score marks. We want students to not just treat math as a school subject, but to fall in love with it. This enhances their problem-solving skills and builds cognitive abilities, eventually leading to the amplification of their numeracy skills,” he says.

Building a fun yet comprehensive curriculum

The original problem statement for the Hyderabad-based startup was that children should get more excited about math as a subject, instead of shying away from it, let alone being scared of it.

In 2019, Neelakantha formed a small team (the current co-founding team of Bhanzu) to experiment with his proprietary techniques among various government schools and NGOs. Together, the team started implementing these ideas across hundreds of public schools.

During this period, the team conducted assessments, revisited data points, and changed the learning trajectory of students.

The present curriculum on the platform is heavily shaped by these findings. Bhanzu has developed experiential math teaching based on stories and conceptual understanding that work for all students.

“Bhanzu has developed an array of versions of our current maths curriculum. Initially, when we started with our pilot classes, we were struggling to communicate with students as they felt our approach was counter-intuitive,” Neelakantha says.

In the coming year, Bhanzu plans to enhance the tech infrastructure to create an extraordinary user experience, increase the workforce, and strengthen the curriculum.

“We are creating an in-classroom gaming experience with live feedback and evaluation, setting up near-live session experiences for asynchronous learning. The product team is also working on building real-time teacher aid for regular student performance analysis. So there are lots of new and interesting things for us in the pipeline,” Neelakantha says.

Bhanzu is now focused on expanding its business globally across multiple geographies. The startup has started (online) live classes in SEA and the Middle East and aims to eventually scale there.

Bhanzu also plans to promote math as a competitive sport via booster courses and mini-games series for self-paced learning engagement.

‘Entrepreneurship is not a job. It’s a mindset’ – 20 quotes of the week on leaders and entrepreneurs

How to Use the Instagram Add Yours Sticker in Marketing