The launch of the Ola Electric scooter is not too far away now. With the company’s production facility set to commence operations soon, Ola Electric has now opened bookings for its first electric scooter, which is rumoured to be named the Ola Series S. To make it easier for prospective buyers to reserve the scooter, Ola Electric has set the booking amount at a mere Rs 499. Traffic influx meant many people were unable to complete their reservation when bookings opened, but Ola has fixed the issue now, and if you’re looking to get your hands on the Ola Series S, follow the steps mentioned below to make a reservation now. In case buyers change their mind after making the reservation, they can cancel the order. The reservation amount is fully refundable, and will be returned to the customer’s original mode of payment within seven to ten working days.

If a buyer wishes to, they can also transfer their booking to someone else by writing an email to support@olaelectric.com requesting the same.

The Ola electric scooter is expected to be available in three versions – the Ola Series S, Ola S1 and the range-topping Ola S1 Pro. Colour options are expected to include matte black, matte pink, matte sky blue and more. Buyers will be given the provision to choose the colour and variant of their Ola e-scooter at a later stage. Ola Electric has also revealed the scooter can be charged using a standard 5A socket, or at one of its ‘Hypercharger’ charging stations, which is going live in over 100 cities at this time and will eventually cover over 400 cities. 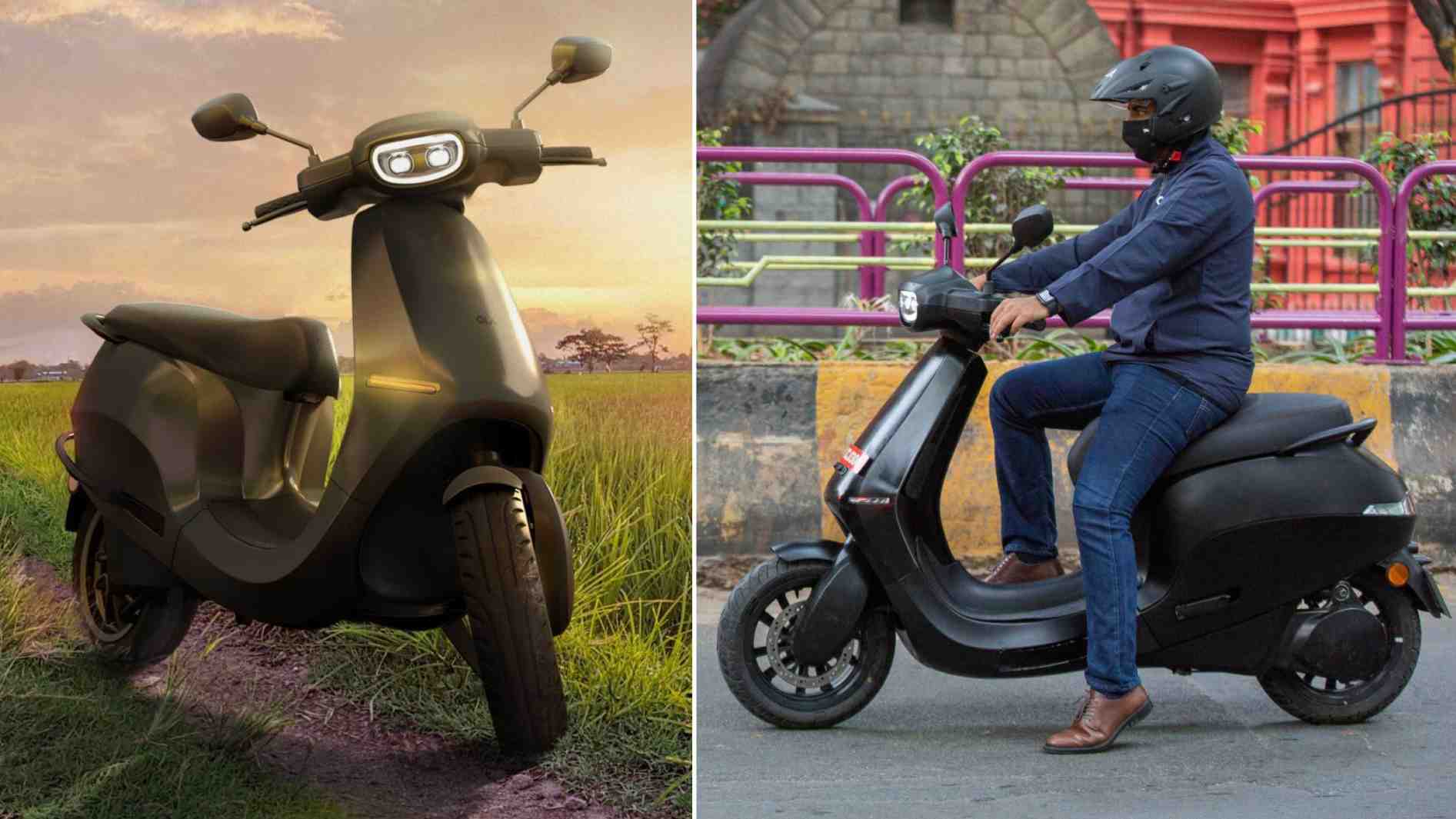 The Ola electric scooter is said to have class-leading acceleration and range figures. Image: Ola Electric/Tech2

Ola Electric has previously said its electric scooter will have class-leading acceleration. It’s unclear at this time which scooters Ola considers to be its rivals, but for perspective, the Ather 450X – which is currently the quickest-accelerating e-scooter on sale in India – does 0-40 kph in 3.3 seconds and 0-60 kph in 6.5 seconds. The lower-spec Ather 450 Plus, on the other hand, can do 0-40 kph in 3.9 seconds and 0-60 kph in 8.29 seconds.

The Ola electric scooter runs on 12-inch black alloy wheels. Its design steers clear of dramatic flourishes or complex surfacing, retaining a clean, straightforward appearance. The twin-LED headlight is ensconced by a DRL ring, and the apron incorporates slim turn indicators. Ola’s electric scooter has a single-sided telescopic front suspension and horizontally mounted rear shock absorber, as well as slotted front and rear disc brakes. The pillion foot pegs fold flush into the scooter’s bodywork, and at the back, the Ola electric scooter gets a chunky pillion grab handle and a clear-lens tail-light. 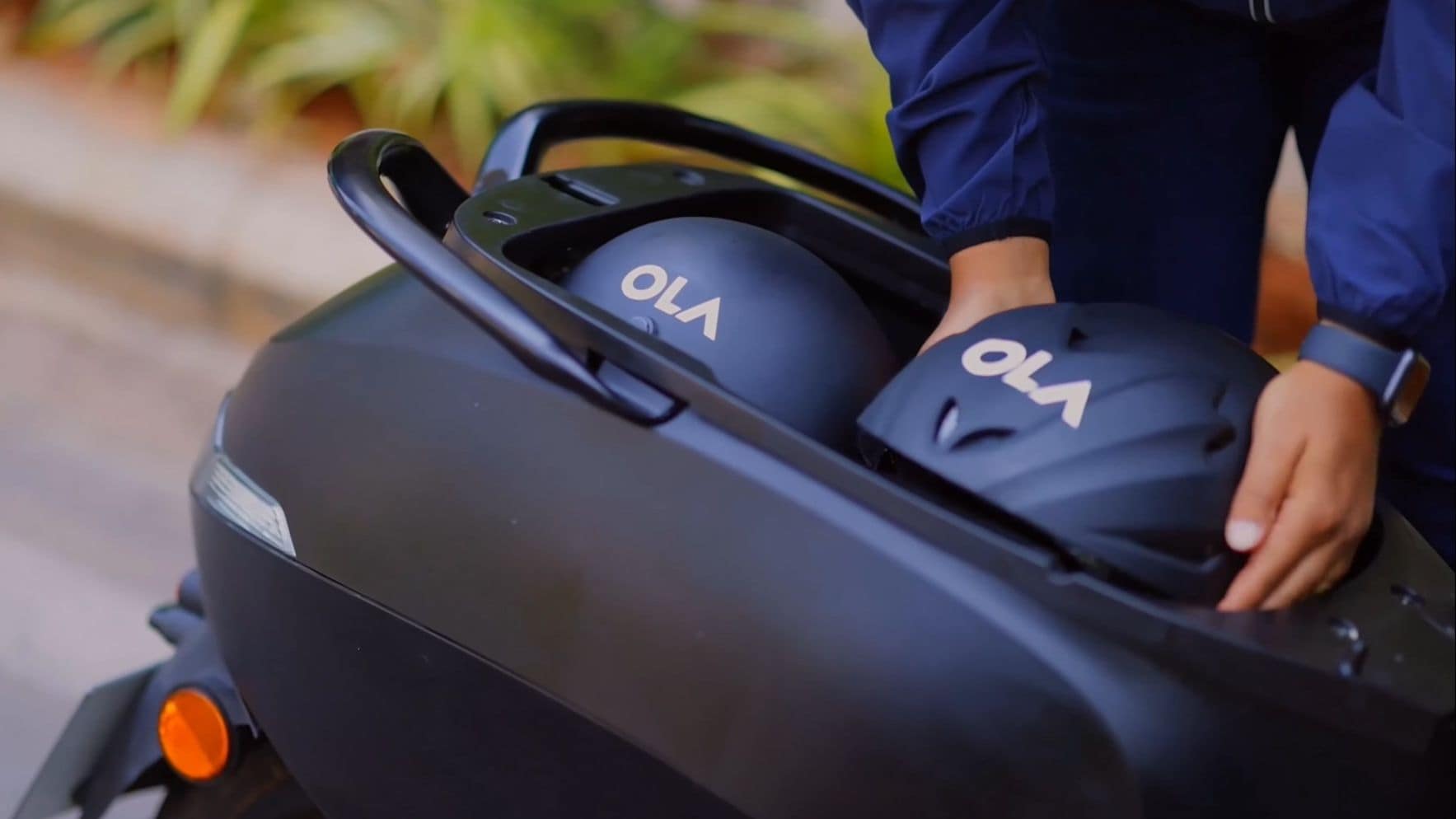 While Ola hasn’t shared more details at this point, its electric scooter is likely to have a 7.0-inch TFT colour display running an Android operating system and featuring in-built navigation, onboard diagnostics and other infotainment functions.

Ola Electric commenced construction of its mega EV manufacturing facility in Tamil Nadu in February. The plant – Phase 1 of which is nearly complete – is billed the world’s largest two-wheeler production facility, spread out over a total of 500 acres of land. Ola Electric says it will have a total of 3,000 AI-powered robots in the facility. 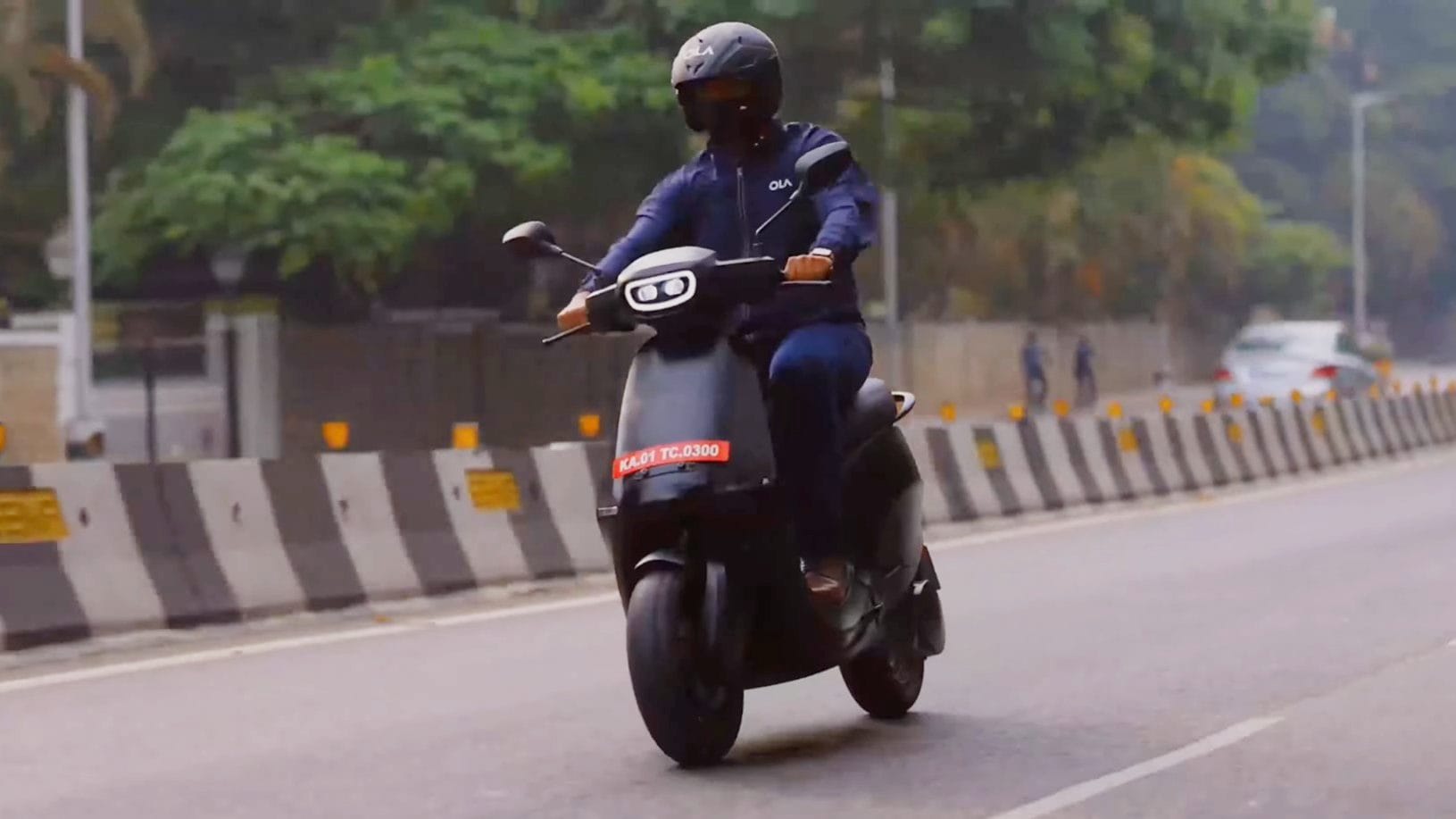 Launch of Ola’s electric scooter is understood to be just around the corner. Image: Ola Electric

As of July, Ola’s facility has an annual production capacity of two million vehicles by June 2021, and that number will rise to ten million vehicles by 2022. At that point, Ola Electric estimates it will be producing a new two-wheeler every two seconds from ten production lines. Eventually, Ola Electric aims to produce electric four-wheelers as well, and will also export its products to other markets.