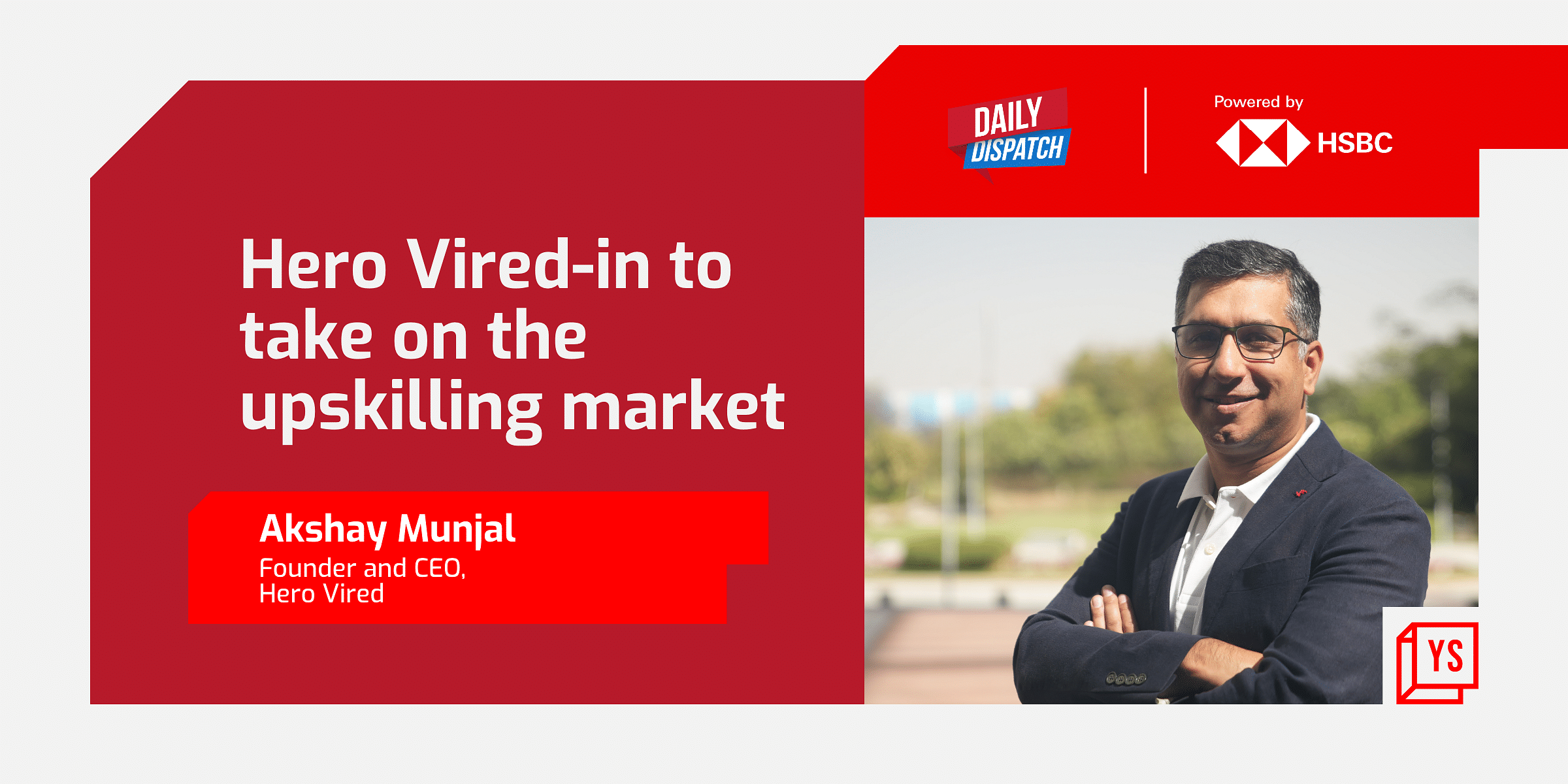 While speaking about the company’s journey, Akshay Munjal, Founder and CEO, Hero Vired, says that there has been an exponential growth in the edtech space during the pandemic as upskilling has taken a centre stage.

“One of the things that the pandemic really did was, it really showed people where they are – either you adapt or you perish,” he says.

He adds that in the post-pandemic world, a number of new skills are required. Owing to the pandemic, the work-from-home culture developed which allowed people from India to work abroad, which gave rise to the need for upskilling.

“Companies like Hero Vired with our collaborations with leading global institutions are able to fill the gap. Today what you need is, what is best globally,” shares Akshay.

New Delhi-based Hero Vired was launched on April 13, 2021, and its first programme went live in July, shares Akshay. The company has clocked a revenue upwards of Rs 5 crore in the month of March this year.

“For us, it has gone from zero to upwards of Rs 30 crore annually,” he says.

Akshay mentions that currently in the edtech space, a majority of the learners are focussed on the areas of data and tech programs. While Hero Vired offers programs in technology, they are also focused on launching programs in niches like gaming or management.

“While we want to be there where the bulk is, we are also working on niche areas which we feel have huge potential for the next five years,” he says.

Hero Vired is currently working with global institutions such as MIT  and Singularity University. Going forward, there will be a few more interesting partnerships, which are going to be announced in the next two-three months, according to Akshay.

When asked about the competition in the upskilling space, Akshay says that the edtech space is huge with a large number of players in the market. It is, however, a very fragmented space and, in his opinion, no one player can cater to all user needs.

“We want to collaborate with the best and we want to offer maximum live education and live teaching. So we are a premium player in that segment,” he mentions.

Lastly, in terms of future targets, Akshay shares that Hero Vired is looking at a 3x growth this year.

With over $7B pumped into Indian startups in 2021 alone, what does it mean to have Tiger Global as an investor

The Key to Customer Advocacy