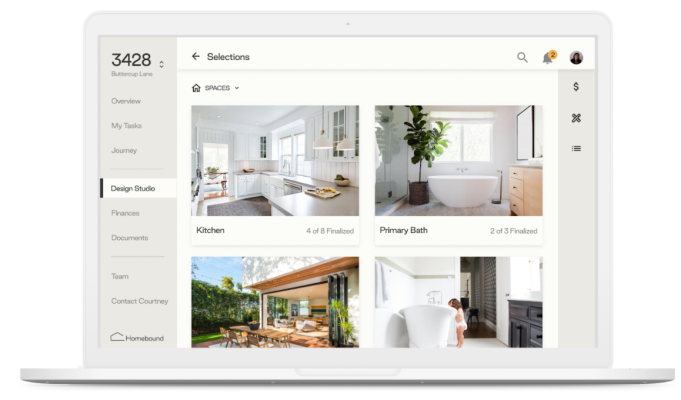 The sheer volume of people migrating to Austin from all over the country, but particularly from the San Francisco Bay Area, has been making headlines for a while now.

One result of this continued migration is a steady surge in housing prices due to increased demand and low inventory that dropped to nearly zero earlier this year. Now, Homebound, a Santa Rosa, California-based tech-enabled homebuilding startup, is entering the Austin market with the goal of helping ease some of the pain felt in the city by offering an alternative to buying existing homes.

Homebound has raised about $73 million over the years from the likes of Google Ventures, Fifth Wall, Khosla, Sound Ventures, Atomic and Thrive Capital. It raised a $35 million Series B last April and then closed on a $20 million convertible note late last year. CEO Nikki Pechet and Atomic managing partner Jack Abraham founded the company in 2017 after Abraham lost his home to wildfires.

Essentially serving as a virtual general contractor, Homebound combines technology and a network for “vetted” and licensed building “experts” to manage the new home construction from the design phase to completion. The startup has developed tools to track and manage hundreds of unique tasks associated with building a home.

Up until this point, Homebound has been focused on helping homeowners navigate the challenges and complexities of rebuilding after wildfires in California. But this month, Homebound will be expanding to Austin, its first non-disaster market, with the goal of taking learnings from those rebuilds and applying the same “streamlined, tech-enabled building process” to make custom homebuilding an option for local homeowners.

I talked with Homebound’s CEO and co-founder, Nikki Pechet, to learn more.

With Homebound, she said, the company is out to serve as a “next gen” homebuilder to make it possible “for anyone, anywhere to build a home.”

Austin’s housing market is definitely overheated, with homes going 10-30% above asking in some cases (I should know, I live here).

“Homeowners have been reaching out to us from across the country asking us to come to their market,” Pechet said. “We’re already seeing Austin grow faster than any of our other markets did in their early days. It’s going to be a huge market for us.”

It’s a model Pechet envisions replicating in other cities with similar housing supply issues such as Miami, Tampa, Raleigh and Charlotte.

“This is just the start,” Pechet said. “We’re taking the platform to markets across the country to help exactly with this issue.”

The company starts by helping a potential homeowner identify land they want to build on, or help them find a lot among the inventory Homebound has already built up. From there, it can help with everything from architectural plans to design to actual construction via its platform. Homebound offers a set of plans for people to choose from, with varying levels of customization.

Building costs for a typical single-family home in the Austin area will start around $300,000 depending on the size, complexity of house, lot size and location. That does not include land cost. Some people are opting to build second units on existing properties.

“In most cases, people can build a new home for less than they can pay for an existing home just because of the dynamics,” Pechet said.

UPI Regains Momentum With 19% Hike In Transactions In March 2021