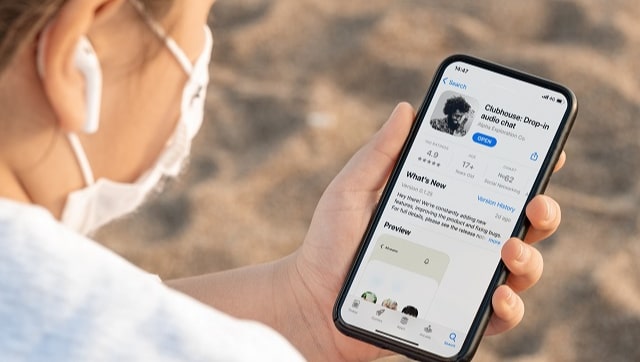 Google “What is Clubhouse?” and you’ll find a flurry of articles written in the past few weeks about this fast-growing social network. It’s not yet a year old, and much of the buzz stems from the fact that Clubhouse is invite-only, bringing with it an element of exclusivity.

Clubhouse’s key attribute is its medium: audio, which sets it apart from established social media and messaging services like Facebook, Instagram, TikTok, WhatsApp and YouTube that use text, photos, video or a mix. Clubhouse combines the structure of old-school text chatrooms with the immediacy and emotion of the human voice.

The social media service is tapping into the creativity, intimacy and authenticity that audio can deliver, a trend that lies at the heart of the current golden age of podcasting.

Amid the hype, Clubhouse faces privacy and harassment challenges that could make it difficult for the company to maintain a trajectory that has seen it grow from 1,500 users and a US$100 million valuation in May 2020 to 2 million weekly active users and a potential $1 billion valuation.

Once you’ve scored yourself an invite, the app is pretty easy to navigate. You can look in your calendar to find conversations based on your interests, which you identify at sign-up. Or you can browse “rooms” with discussions currently in progress. You can also set up your own event. Rooms can be public or private, you can listen quietly or join the conversation, and you can enter and leave rooms at will.

Activities typically range from interviews to panel events and wide-ranging discussions. Some efforts are even more ambitious; at the end of last year a group of Clubhouse members put on two performances of Lion King: The Musical, featuring actors, narrators and a choir.

Exclusivity, media buzz, engagement from Tesla founder Elon Musk and high-profile investment from venture capitalists have all helped pique interest in the app. As a scholar who studies storytelling, I’ve identified three other factors that may contribute to its ongoing appeal.

First, audio is an intimate medium. You can hear the inflections in people’s tone of voice, which convey emotion and personality in a way that text alone does not. If you make a joke or are sarcastic over a text or email, your attempt at humor can easily fall flat or be misinterpreted. That is less likely when people can hear you.

Moreover, hearing from people directly can generate empathy and understanding – on tough topics that listeners might have become desensitized to, such as bereavement, addiction and suicide – in a way that text alone cannot.

Second, there’s serendipity. Although events and structured conversations are increasingly held on Clubhouse, you can wander around, dropping into rooms on topics ranging from hip-hop to health tech.

Eavesdropping on random conversations brings with it a certain unpredictability. It’s hard to know where to look for quality conversations, which is why the network is proposing to develop a “Creators” programme designed to nurture “Clubhouse Influencers.” But sometimes frivolous and trivial is fine. After all, it would be exhausting to listen to TED Talks 24/7.

This unstructured approach has an appeal at a time when people’s media habits are increasingly governed by algorithms, making it hard to bump into something new.

Finally, there’s the fact that audio is a great background medium. I grew up in a household where public radio, the BBC in my case, was always playing in the kitchen. Audio is perfect for multitasking. People listen to it while commuting to work, sitting at their desks or walking the dog.

Clubhouse taps into these elements, and at a time when many people are deprived of pre-pandemic levels of human contact, it enables a plurality of voices and human experiences to babble away in the background.

Clubhouse is expanding quickly, bringing with it increased scrutiny. The company is facing issues such as managing misinformation that are familiar to many other social networks.

In an unregulated space, people can say what they want. This has implications for fact-checking and content moderation, enabling conspiracy theories to potentially run rife. Journalists and users have reported issues of harassment, anti-Semitism, misogyny and racism, though these are against Clubhouse’s community guidelines.

Privacy and security concerns also abound. Chats have been rebroadcast online. Earlier in the month, the Stanford Internet Observatory revealed security flaws that meant user data was vulnerable and accessible to the Chinese government. The app may fall foul of data protection rules in Europe, known as GDPR.

Other commentators have expressed concern about the fact that users hand over the contact details of everyone in their phones when they sign up.

Meanwhile, closing an account also appears to be more problematic than it should be.

Whether people will still be talking about Clubhouse six months from now remains to be seen. What is clear, however, is that the attention the app is getting is part of a wider reinvention and reinvigoration of the audio medium that’s been playing out over the past few years.

Podcasting has continued to expand. More than a million podcasts are already available, and for audio streaming services like Spotify, podcasts are at the heart of their strategy for growth.

Meanwhile, Audible – Amazon’s audiobook service – is expanding around the world, and smart speakers like Amazon Echo and Google Home are among the fastest-growing technologies of all time, enabling users to listen to music, podcasts or the latest weather report on demand.

It’s not just Clubhouse that is seeking to harness this trend. Facebook is reported to be creating a Clubhouse clone, while Twitter Spaces is the microblogging network’s latest foray into the audio space. The tech industry analyst Jeremiah Owyang has identified more than 30 social audio efforts, calling it a “‘Goldilocks’ medium for the 2020s: text is not enough, and video is too much; social audio is just right.”

Humans have felt the need to connect and tell stories since time immemorial. This is audio’s secret sauce, driving much of the renewed interest in the medium. Clubhouse may be today’s digital campfire, but it’s highly unlikely to be the last.