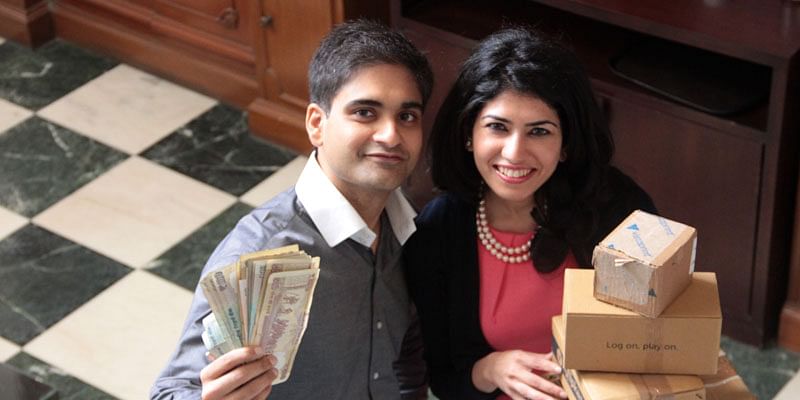 When CashKaro, an online cashback and discount coupon website, saw sales dwindle during the lockdowns last year because of movement restrictions and inability of ecommerce companies to make deliveries, it decided to take the plunge it had been contemplating for quite some time — expanding into new digital categories.

The COVID-19 pandemic massively accelerated the shift in consumer preferences from offline to online, and ecommerce giants have rallied behind the paradigm change by not only beefing up their operations and setting up new supply chains, but also offering users reasons to stay for more than just their shopping needs.

Players like Amazon and Flipkart focused on offering a broad range of entertainment content on their respective OTT platforms, especially when deliveries were suspended during the lockdowns, while D2C brands showcased social media influencers-led content on their web stores and enhanced user experience so they would be compelled to return.

CashKaro, which depends on a boom in online commerce to boost its coupon sales, had been struggling to steady its revenue flow as ecommerce took a temporary hit during the initial lockdowns.

That inspired the Gurugram-based startup’s founders to pivot into offering deals on online consumption-based options such as OTT, gaming, audiobooks, and e-learning.

OTT and edtech saw a meteoric rise in demand last year. In fact, edtech was one of the very few “pandemic winners”, compared to several other sectors that languished due to low demand or disruption in operations.

Swati and Rohan Bhargava, Co-founders of CashKaro, had both been wanting to get into offering online content options for a while — and once the pandemic started impacting the startup’s revenue, they decided to quickly build in those verticals.

“The idea was to keep the business going during subsequent lockdowns and focus on online consumption-based categories, as opposed to those that were dependent on deliveries,” Swati tells YourStory.

Moreover, with work from home becoming mainstay at the time — and beyond — consumption of these platforms had increased, offering up the perfect opportunity for the startup to tap.

“Introducing these digital verticals was the perfect contingency plan for us to mitigate the temporary dent caused by the lockdown. The new verticals not only kept us in business but also helped us stay relevant last year,” Swati says.

The startup earns commissions for all the transactions it drives to its OTT, education and gaming partners, which it partly passes to its customers as cashback.

CashKaro built the new verticals in April and May last year, reacting quite quickly to a downturn in revenue from its usual business — and its efforts paid off.

In the initial months of the pandemic and the startup launching its new digital content offerings, OTT, edtech, and gaming made up for 30 percent of the total revenue.

Online education emerged as the most popular category, growing 6X in terms of sales and recording over 5,000 orders in less than a month. Specifically under edtech, professional courses and test prep platforms saw the highest traction, Swati says.

OTT was the second most popular category, growing 4X as people caught up with latest shows and movies online.

The launch of the new categories helped CashKaro also grow out its core business of selling coupons and discount vouchers for ecommerce platforms as new users that specifically came to the platform for digital media realised they could enhance their savings on purchases from shopping websites such as Swiggy, Myntra, Amazon, Flipkart, Ajio, and others.

“Overall, the new launches greatly boosted our overall sales, and 2020 has been the best year in terms of business for CashKaro thus far,” Swati says, adding its edtech, OTT, and content offerings even helped it penetrate Tier II to IV cities.

With a membership base of more than six million members and growing, CashKaro expects to continue building on its online media portfolio, and offer wider options and bigger savings to its users.

Other coupon and cashback websites such as CouponDuniya, GrabOn, GoPaisa, and Coupon Raja also offer similar services, including in the new verticals that CashKaro has launched.

YouTube Ad Success: What You Need to Know to Get Started

Do not chase growth, focus on retaining existing customers: Vishesh Khurana of Shiprocket

Check out all details here

Here are 7 apps to help you sleep better