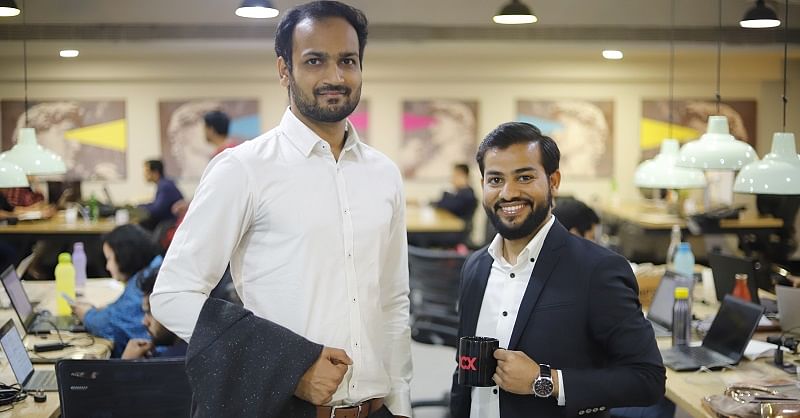 In March 2020, when the Supreme Court of India lifted the ban on Crypto currency exchanges, it could not have come at a better time for the crypto-coin industry. Since then, Cryptos have witnessed a bull run with several currencies witnessing an 80 percent growth in value. Their value received a further boost when global giants like Tesla, PayPal, JP Morgan and Visa all gave credence to the crypto industry.

All this growth enabled home grown crypto exchange, CoinDCX, to reach an astounding trading value of more than $1.5 billion a month. But, how did this play out?

“Success and growth have not been easy for us. When CoinDCX started in the year 2018, the same year the Reserve Bank of India (RBI) put a banking ban on transactions for cryptocurrency, which led to the shutdown of several companies in the crypto space. We were one of the few players that decided to contest the move of the banking regulator in the court,” says Sumit

Finally, in March 2020, the Supreme Court of India invalidated the banking ban put by RBI. The decision boosted the morale of the cryptocurrency industry and community in the country.

At the same time, globally, Bitcoin saw a whopping 159 percent rise in its value, Ethereum saw a 337 percent year-to-date rise in value, and XRP saw 221 percent gain in value year-to-date. For Delhi-based CoinDCX, this led to its user base growing from 150K to 400K investors on its exchange in the last 15 months.

“We have witnessed a 4x growth, quarter-on-quarter, in daily active user base and we aim to add 50 million Indians in the near future. CoinDCX, which started with 50 tokens listed on its exchange, has 500 plus coins and thousand plus trading pairs listed on the platform,” says Sumit.

Interestingly, CoinDCX is the only startup in the crypto space in India that has raised three rounds of funding in less than a year, in a pandemic year to boot! In total, it has raised $19 million, and its Series-B round of Rs 100 crore was led by Block.One and includes several investors. Some of the investors, in all its rounds, include Polychain Capital, Bain Ventures, Bitmex, Coinbase Ventures, DG, Jump Capital, Uncorrelated Ventures, Mehta Ventures and Alex Pack.

The company tripled its headcount in 2020-21 from 30 to 100. Now it aims to double the workforce by the end of 2021. It also went on to launch its own product, Insta, which allows fiat-crypto buying and selling. It allows investors to trade in Indian currency, and the product witnessed a month-on-month growth of over 38 percent between 2018- 2020.

“As an exchange, our objective has been to make the user experience as simple as conventional share trading. In a bid to help novel investors adopt cryptocurrency as a potential asset class, we have also launched CoinDCX Go – an app to invest in cryptocurrencies. With the app, we are eyeing mass adoption among beginner investors in crypto, especially millennials, and aim to onboard 50 million Indians. Additionally, we are in the constant process of advancing the app’s functionality to give first-time users an easy and efficient investing experience,” says Neeraj.

However, private Indian banks are still reluctant to allow crypto traders from settling payments on exchanges even after the KYC of the customer is verified by the exchange.

There are global cues for such behaviour, and it is rooted in governments trying to stop the outflow of forex and the current account deficit that it increases. Indians are allowed to invest $250,000 every year abroad in mutual funds, ETFs, debt securities, venture capital funds, promissory notes, but unfortunately, since this order was passed by the RBI in 2013, it does not include crypto currencies.

These kinds of initiatives are essential for bringing in good practices to further operationalise the crypto and virtual asset industry, adds KPMG.

What does Cryptocurrency Bill 2021 mean for CoinDCX?

The Budget session of the Parliament in February this year considered the introduction of The Cryptocurrency and Regulation of Official Digital Currency Bill, 2021. Although the RBI has sought to prohibit all private cryptocurrencies in India, it will allow for certain exceptions to promote the underlying technology of cryptocurrency and its uses.

Since then, CoinDCX, along with other industry players and experts, have been constantly engaging with the government and other relevant stakeholders for a positive framework.

“We have also been running a campaign to drive industry dialogues and awareness among the policymakers and investors. The idea was to highlight the size of the crypto ecosystem in the country, and the financial opportunities for millions of Indian investors, such that the regulators will usher sensible and positive regulations for the industry,” says Sumit.

The industry has witnessed several shifts in narrative since then. Finance Minister Nirmala Sitharaman stated that the government will be looking at ways in which experiments can happen in the digital world and the crypto-currency industry.

“This is welcome news for the industry. At CoinDCX we have always reiterated the need for smart regulations, taxation, and transparency for our sector. We will continue with our dialogues with the Indian government, the finance ministry and its committee, as we believe the market has matured to a point that we usher in smart regulations in the best interest of the investors and the economy as a whole,” says Sumit.

CoinDCX, however, must make some fast moves, because its competition includes WazirX, a Binance company, with a trading volume of $265 million as on May 14.

According to KPMG, the year 2020 was a solid year for blockchain. Despite the total funding dropping to US$2.8 billion, blockchain-based companies continued to grow, as evidenced by new unicorn Chainalysis, which raised US$100 million in November. The virtual asset space was particularly active, with service providers continuing to emerge and banks and other well-known asset providers increasingly offering investment portfolios, ETFs and other products.

To that, Neeraj has only this to say – “India is an under-penetrated market. We, along with our investors, are pretty bullish to develop a larger crypto ecosystem.”

The race to increase users

Olaf Carlson-Wee, founder of Polychain Capital, a returning investor, says, “We have worked with CoinDCX in the past and we are really impressed with the amount of development, the company has carried out. With a seasoned team that is growing, CoinDCX is poised to strengthen its position as the largest crypto company in India.”

Additionally, the startup has developed and implemented a 7M framework, which means that they have a criteria consisting of Model, Mechanics, Management, Market, Motivation, Momentum and Money. They have this framework to ensure that newcomers invest in crypto safely and securely. #TryCrypto and DCX Learn are the two initiatives through which the startup is educating customers and growing its new customer base.

The startup launched DCX Learn in 2020, which is an edtech platform for those who want to learn about cryptocurrency and blockchain. Each course costs Rs 9999. The platform aims to play a vital role in leading the nationwide movement towards borderless financial services and digital asset adoption.

“Our apps (Insta & Go) have also witnessed a sharp rise in acceptance in the past year, which have 250K users. These are the initiatives that have instilled confidence among investors who are looking for organic growth,” says Sumit.

Neeraj and Sumit, founders of CoinDCX

CoinDCX, like any crypto exchange, makes money on deposit fees (charged on transferring currencies), withdrawal, trading commissions (.01 percent of the total trade is the standard on an any exchange), and listing fees.

With crypto currencies being increasingly accepted in many countries, there will be many more institutional investors coming into the blockchain and crypto space as compliance and regulations set in. In the coming years, crypto currencies and fiat currencies are expected to co-exist together, and that’s where stablecoins (coins pegged to a currency) come in. But that is another story, reserved for another day.

[Funding alert] Urban Company raises $255M in Series F round at $2.1B valuation

With 1.9M YouTube followers, how digital influencers Abhi and Niyu are creating content for a better world

Taking your company to IPO