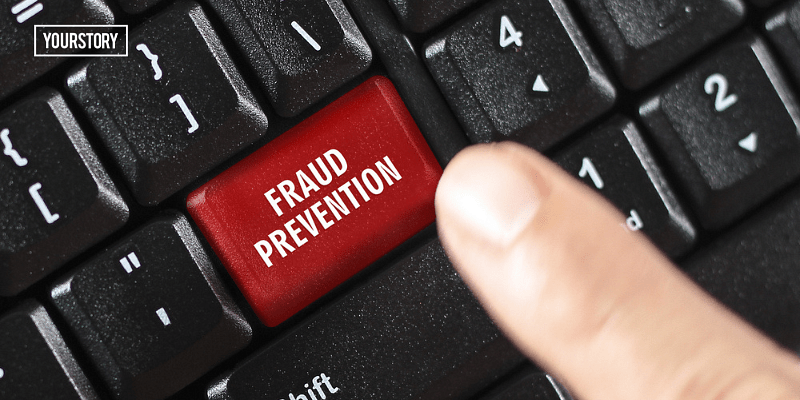 There is a saying in English: It is cheating only if you get caught. It seems getting caught does not deter one alleged group of fraudsters in Chennai. In August this year, the directors of a private limited company, trading in steel and iron, were suspected to be involved in defrauding a leading public sector bank of Rs391.30 crores. The bank suspects the accused directors of the iron-and-steel trading firm of diverting funds and manipulating its books of accounts.

In 2020, the CBI booked similar charges against the same directors, running a company by a different name, doing the same business, for allegedly causing a loss of Rs 88.27 crores to the same bank. The modus operandi is alleged to be very similar in both cases.

According to available details, these cases came to light during a similar timeframe, though it took more than five years to book charges against the promoters. The agencies are investigating the possible involvement of other persons and public servants who may have helped the promoters secure these loans.

This case is a classic example of fraudulent business loans turning into non-performing assets (NPAs) and ultimately being classified as fraud by banks. This particular company is small fry compared to some of the big names in corporate India that have been under the scanner for alleged financial fraud since the turn of the century.

There are several types of B2B fraud:

In this kind of fraud, perpetrators pose as owners/directors of an actual company and use its credentials to ‘do business’ with other companies. They may do so by temporarily hiring an office or creating bank accounts in the name of the victim company, attempting to change the registered address and names of office bearers of the company, or using email domains and websites similar to that of the victim company for communication and transactions.

They get the company’s customers to route payments to the fraudulent bank accounts that they have set up or purchase goods on credit from vendors with no intention of making the payment.

When a firm deliberately falsifies information on a tax return to reduce its tax liability, it commits tax fraud. With the advent of GST in India, most tax frauds are related to fabricating input tax credit to show lower tax liabilities.

Perpetrators obtain an invoice from a fake company, show as if GST has been paid to that company for the ‘goods or services’ bought (obviously a sham transaction) and claim input tax credit for it.

Some create shell companies, route fake invoices through a series of these companies, and transfer input tax credit from one to another in a circular manner. In a recent investigation in Agra, Uttar Pradesh, sleuths uncovered a total of 95 fake firms involving a taxable value of Rs 184.5 crores ($24.77 million) with a fake input tax credit of Rs32.56 crore ($4.37 million).

In money laundering, an entity tries to pass off large amounts of money received through illegitimate means as having been received through legitimate sources. In the process, many companies use ‘tax havens’ to show the origin of this income.

Tax havens usually have zero or very low tax, lax KYC requirements for setting up companies, and strict banking secrecy provisions. Money launderers use these havens to set up shell companies and park their money.

It is common to see one address being the registered office of hundreds or even thousands of shell companies in these tax havens. Employees of local legal or accounting firms serve as rubber-stamp ‘directors’ of these shell companies, and there is absolutely no semblance of corporate governance.

According to the Asian Development Bank, “Bribery is the act of offering, giving, receiving, or soliciting, directly or indirectly, anything of value to influence improperly the actions of another party.A bribe can be disguised as a gift, money, property, privilege, or even a personal favour.”

Despite existing laws and vigilance departments in government entities, and strict code of conduct norms in corporates, bribery persists.

The challenge is that bribery is very difficult to detect and prove. Global laws such as the Foreign Corrupt Practices Act in the US, the UK Bribery Act, and the Prevention of Corruption Act in India, exist but are often found to be wanting in controlling the practice of bribery.

This can be done through various means. Fraudsters may route, stash, or use funds from undisclosed bank accounts. They may inflate expenditure to siphon out cash or show a drastically lower income by doing transactions in cash and not revealing them (both common practices in India).

They could even divert sales and opportunities to sister concerns or create imaginary assets to divert money. Some even falsify losses citing economic slowdowns or disaster events. Companies ‘buying’ other companies owned by known people or family at highly inflated costs also facilitate this kind of fraud.

This occurs when the indebted company deliberately avoids its payment obligation despite having the ability to honour it. It could be a loan repayment or payment to a vendor for goods provided or services rendered. Issue of post-dated cheques that are subsequently dishonoured is a practice that is quite common in India.

Though cheque bouncing is punishable u/s 138 of the Negotiable Instruments Act 1881, debtors often dishonour cheques to delay payment or negotiate for lower payment to settle with the creditor.

In this type of fraud, the perpetrators fabricate, omit, or overstate business data, resulting in the deception of the party they are engaging with. This could include bloating the number of employees, falsifying utility bills and bank statements, and even annual turnover and profitability data.

They seek to portray that their business is strong with significant assets, in order to trick the counterparty to provide large credit.

One common practice is to engage in 6–8 relatively low-value transactions, gain the confidence of the seller or lender, and then ask for either a large credit transaction or loan, which is subsequently dishonoured.

At times, perpetrators do not make full payments of employees’ salaries and other statutory dues. An example of this would be the employer deducting Provident Fund while paying the salary but not actually depositing the deducted sum with the Employees’ Provident Fund Organisation (EPFO).

This may go undetected for years till the employee checks his/her PF account only to find that the expected sum is missing. This is common in factory settings, where workers are not educated enough to periodically check their PF statements.

Most types of frauds provide early warning signals or red flags that, if addressed swiftly, can reduce losses. These can be identified through vigilance, regular surveillance, and thorough scrutiny of abnormalities in a company’s key metrics which include:

Prevention of fraud needs action at two levels: at the country level and within the company.

At the country level, higher corporate accountability, well-defined laws and regulations, stricter and swifter punishment to the guilty will deter people from perpetrating such frauds. At the organisation level, a company needs to foster a culture of transparency and accountability.

This can be done through the following:

Detecting and preventing B2B fraud is not a one-time effort. Constant monitoring and surveillance to detect any irregularities at all stages of a B2B transaction is the only way to minimise the risk of fraud.

New technologies, tools, and platforms are available to help in the process of validating identity, conducting due diligence, and monitoring transactions with counterparties to red-flag potential fraud.

mmhmm, the video conferencing software, kicks off summer with a bunch of new features – TechCrunch

Is there a creed in venture capital? – TechCrunch